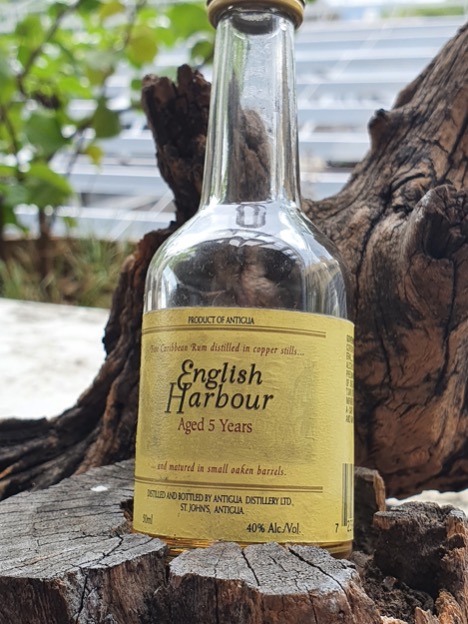 English Harbour rum is, safe to say, one of the well-liked rum brands that seems to fly under the radar. Despite the recent rum boom, Antigua is often forgotten when it comes to rum destinations and/or rum producers. Even the rum geeks I’m well acquainted with can be guilty of this.

Forgetting about Antigua is an understandable fault, though. This is largely due to the makers of English Harbour, Antigua Distillery Limited (ADL), being the only rum distillery left in Antigua. Plus, other Caribbean islands or countries like Barbados, Martinique, Guyana, Cuba and Jamaica seem to get most of the attention. In addition to being the only rum distillery left in Antigua, their production isn’t large. They currently only have one still, which they bought in 1991. It’s an all-copper column still from John Dore. According to the UK Importer and respected rum enthusiast, Roger Barnes, “Two of the columns were cut in half so it could fit under the roof. This technically makes their John Dore a three-column still.” This leads me to think that the John Dore originally had five columns.

Their original still was a Four-Column Savalle when they started in 1933. This Savalle Still is speculated to be similar to the one still being used in Guyana’s Diamond Distillery. Roger also said that part of the Savalle still was integrated into the current John Dore still, and that the Savalle was replaced for economic reasons.

I asked Roger if he could provide me with a good photo of the column still, but he said it’s impossible to have the whole of the still in one shot. As a result, instead, he was kind enough to provide me with this image: 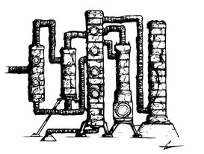 The brand also took a bit of a hit when rum bloggers started putting various rum through hydrometer tests. This was a result of rum fans finding out a lot of rum had added sugar. Some bought hydrometer tests for home use while some were properly lab tested. Any brand that was found to have any added sugar was then instantly disliked, mainly because rum drinkers were angry or disappointed at brands for not being honest. A lot of brands claimed to not add any sugar when asked. The hydrometer tests tested their honesty, but as mentioned before in Facebook rum forums, the home hydrometer tests aren’t accurate.

English Harbour became a victim of this; it’s even possible they lost a following due to this reality. Hydrometer tests posted by well-known rum bloggers like Fatrumpirate indicate an amount of added sugar. However, Roger says English Harbour there isn’t any. Because of the respected person he is, I believe him.

The idea of ADL was born when a group of eight local Portuguese businessmen came together to buy molasses in bulk and control the distillation for their rums. Seven of these businessmen were said to be successful rum shop owners. After having raised £2,500 as capital, ADL was formed in 1932. The distillery was established in 1933 on Rat’s Island in St. John’s Harbour. There’s an image here of Rat Island, but more land has been filled since then.

To go a bit deeper into ADL’s production, English Harbour is their premium line. The brand was first released in 1994. The five year is the most accessible of the range. It’s followed by a 10 year and the 1981 (25 year old), but I think the 1981 was a limited production. These are all ex-bourbon cask-aged, but bottled only at 40%. There are new variations of the 10 year, which are either port- or sherry-finished. Fermentation for English Harbour is said to be only 36 hours long. They also have a lower-end product called Cavalier Rum which first came out in 1947. I’m told that Cavalier is only sold in Antigua and is loved by the locals.

My mom got me a 50ml sample bottle of the English Harbour 5 when she was touring the Caribbean via cruise, and that’s what I will use for this tasting. Even so, this sample bottle isn’t my first experience with English Harbour. I’ve had it neat and in cocktails before when traveling abroad.