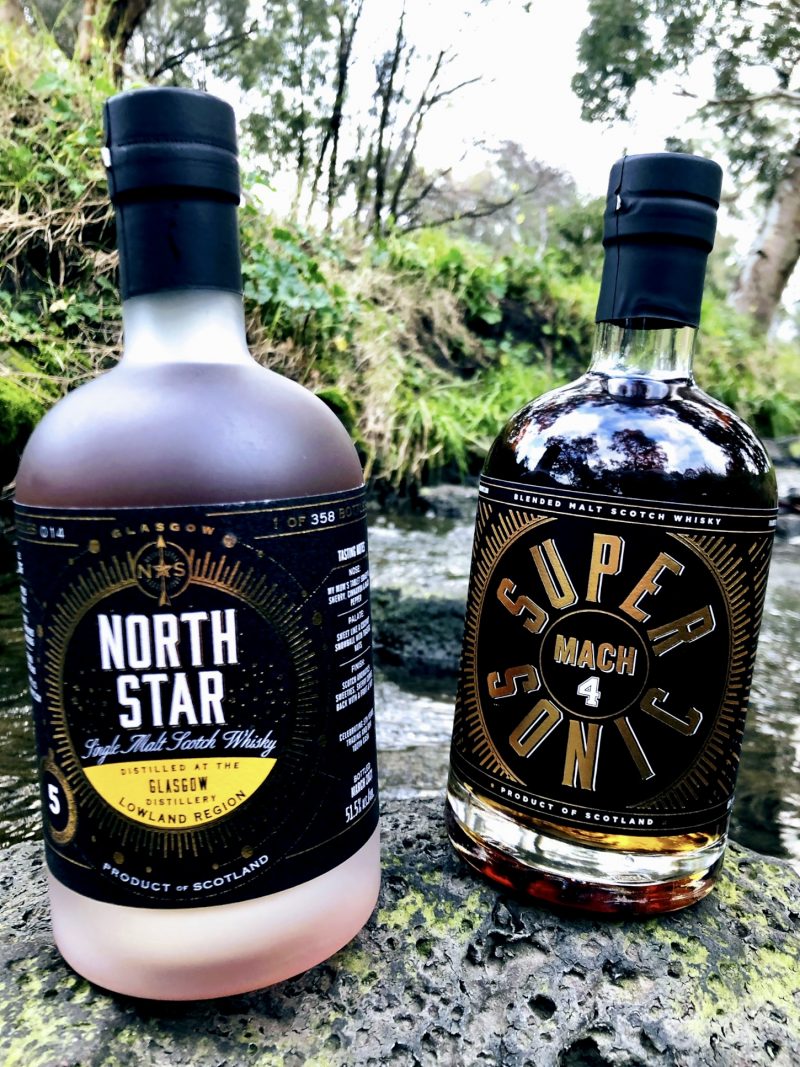 What do you expect to see in a new out-turn from an independent bottler?

A feisty young Caol Ila? There’s always a young Caol Ila. Then perhaps a Bunnahabhain; an older grain – let’s say an Invergordon or Port Dundas – probably an Ardmore, Dailuaine, or Benrinnes; then something medium aged from an “unnamed Speyside/Highland Distillery,” and of course an Orkney.

When the out-turn is announced, you know there’s no rush to buy that Ardmore; lovely stuff, but no hurry. If you miss it, there’ll be another Ardmore along shortly. However, a few months ago when North Star’s fourteenth out-turn was announced, 2 bottlings stood out to me above the others

Yes, it’s a return to North Star on Malt Review today, the popular independent bottler founded by Iain Croucher which has recently celebrated its fifth birthday.

It’s hard to define exactly what comprises an out-turn from North Star because different territories receive exclusive bottlings. In this out-turn there’s naturally a Caol Ila, a Blair Athol intriguingly finished for 14 months in a Mezcal Cask, a Mannochmore, and a Bunnahabhain. For those with means beyond my own there was a 45 year old Glenburgie. I’m kindly accepting all samples of that one that you wish to send my way.

It does amuse me to see a lonely Fettercairn from the seventh out-turn, an Auchroisk and Inchgower from the eighth out-turn, a Macduff from the fifth out-turn, and even a forlorn Glen Moray from the third out-turn still available. Meanwhile, all North Star need to do is slap a cool name on a bottle (Vega, Spica, Sirius) and – no matter the contents – they sell in a frenzy. Maybe Auchroisk isn’t among the sexiest names in the industry, but surely fealty to the North Star brand should’ve seen these sold long ago?

For my tastes, outside of the Glenburgie, there were two marquee releases in series 14. As discussed previously, we take what we get in Australia. Therefore, it was a pleasant surprise and welcome relief to see these available and secure them before they promptly sold out.

First up we have the Glasgow Distillery 5-year-old. This was included for North Star’s fifth birthday and was limited to 358 bottles. Official releases from Glasgow Distillery have been available for a few years now though the distillery itself is only a little older than North Star. It appears this is the first ever independent bottling from Glasgow Distillery – a cause for celebration? A reason to stash this bottle away to fund a yacht in retirement? I’ve had no interest in checking out Glasgow’s official bottles so perhaps this will do the trick.

This release was finished in an Oloroso Hogshead and was bottled at 51.5% ABV. 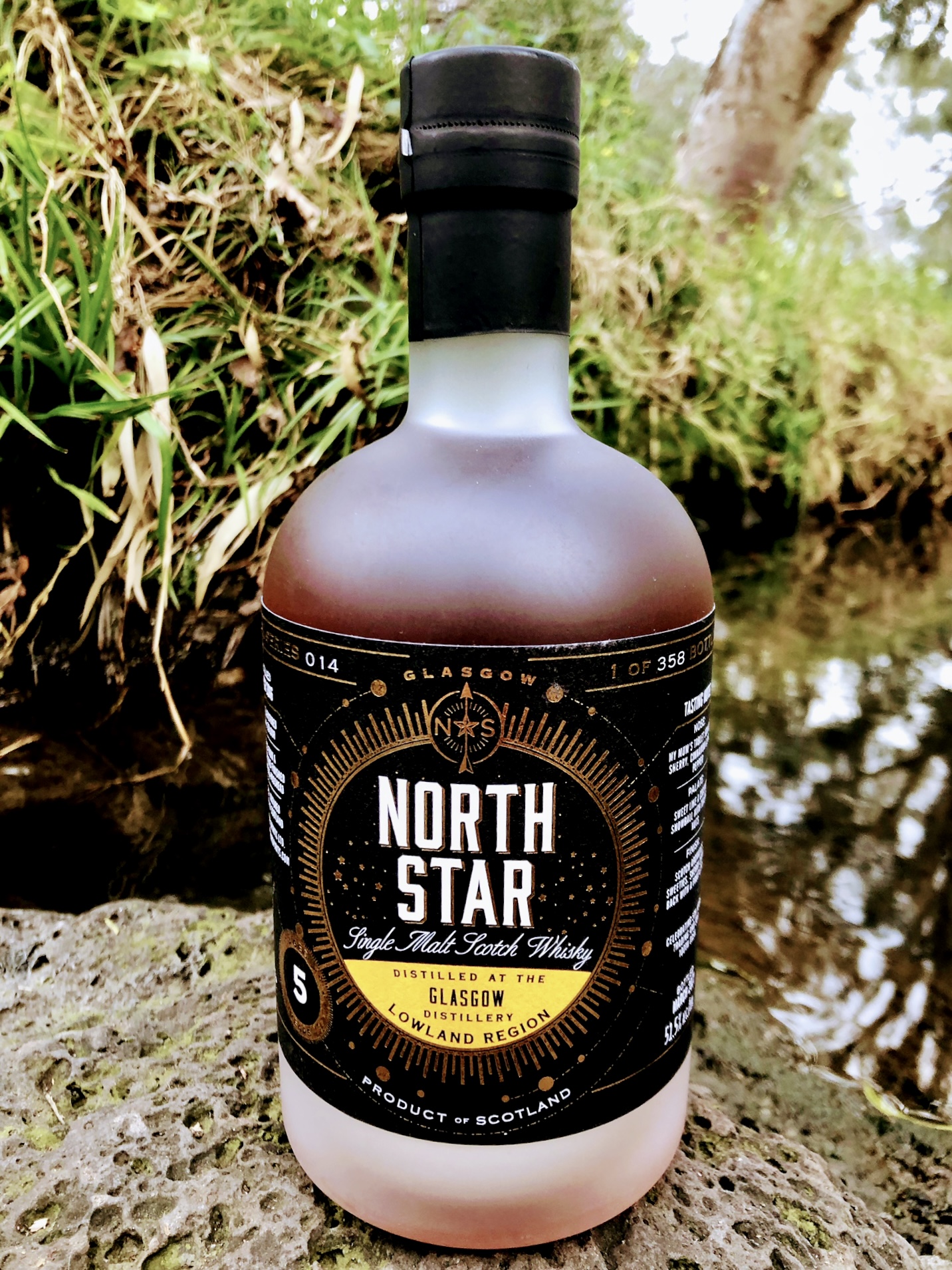 On the nose: Quite restrained but also rich and warm. Warm bread, warm muesli, it’s all warm. A little cinnamon and all spice. Coffee liqueur, oaked chardonnay, oily peanut butter, dried apricots. What I will say is that though cohesion may not be the nose on this dram, and different scents come and go, there’s enough to invite you in for a sip.

In the mouth: Young and chocolate-y, nothing wrong with that per se. The sweet notes seep in from the hogshead without being cloying. Sweet wines, poached pears, then the contrasting saltiness, roasted pork, grilled cheese. Finally Golden Syrup, barbeque sauce and roasted nuts. Happy 5th birthday to North Star, but I don’t think there’s anything here to elevate this dram.

Out of those 358 bottles I would love to know how many are open. Never fear, though, I was happy to take one for the team and try this.

A note on pricing: during its brief availability on Australian shelves this sold for $215 and some research reveals it sold in the UK for around £85. Feedback from the UK is that the price was on the higher end for what is basically 5 year old whisky, and this is the case in Australia as well. I appreciate that this isn’t any old release from North Star, but the price seems steep.

The whisky itself isn’t a bad winter warmer; it’s August here in Melbourne and some liquid fortitude is welcome. But at this price?

Next up we have the blended malt Supersonic Mach 4, a name a 9-year-old boy obsessed with jet planes might’ve come up with. This is a vatting of two sherry butts and bottled at a not-suitable-for-9-year-olds 60% ABV. Unlike the Chaos releases, which were quite transparent as Caol Ila spirit, there appears to be no information about the origin of these sherry butts. 716 bottles were produced. 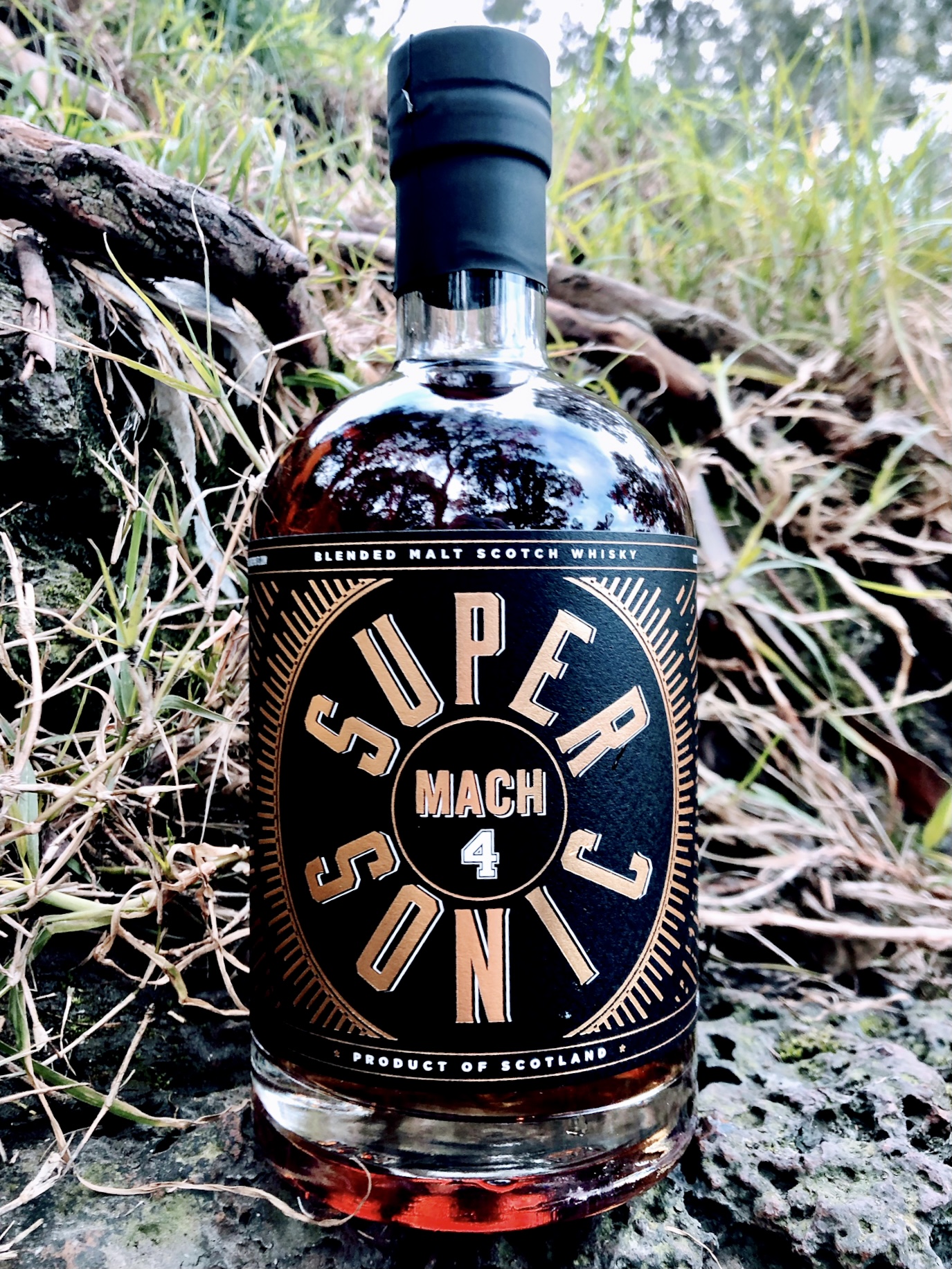 On the nose: A definite hint of sulphur, and a wisp of smokiness too. Some tannins and mustiness with orange marmalade, sultanas, honied figs and plum jam. Dry earth – probably more of that mustiness, crumbling sweet pastries and a layer of honey. This is a brute that would happily leave you reeling in a ditch without your wallet.

In the mouth: The alcohol is everywhere on the palate, and I wait a few minutes for it to soak (numb?) my mouth before continuing. This’ll need water momentarily. Once again there’s that hint of mustiness and smokiness. No significant sulphur is apparent. Strawberry jam and milky tea with a drop or two of honey. Melted chocolate and Crème Brûlée.

Water takes the edge off and is recommended, bringing out creaminess, butterscotch sauce and fig and date loaf.

Again, I need to comment on the price – this sold for a seemingly reasonable £45 in the UK but for $150 in Australia – $30 more than the Chaos releases that were notably older spirit and from a disclosed distillery – but admittedly a lower ABV. I wouldn’t quite deduct a point at this level – and it doesn’t seem fair to punish North Star for Australian pricing when the UK price seemed fair – but it is pushing the envelope for $150.

I was debating between a 5 or a 6 but the addition of water tipped things just that little higher. If Iain Croucher is reading this, if you have any hints as to where these casks originated from the comment section below would be a fine place to start! At Malt, our lips are sealed.

All prices in Australian dollars unless stated otherwise. 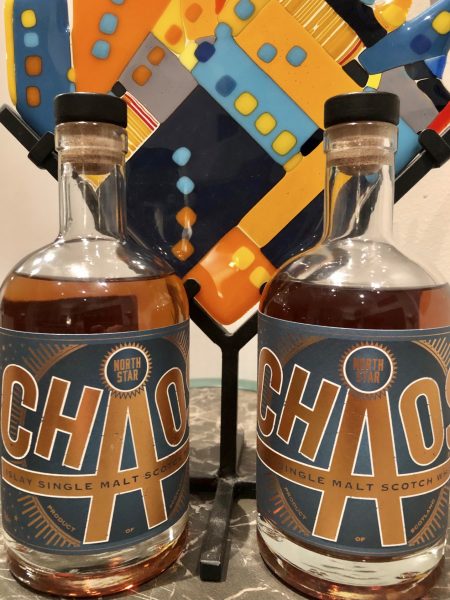 A Chaotic Tasting of North Star