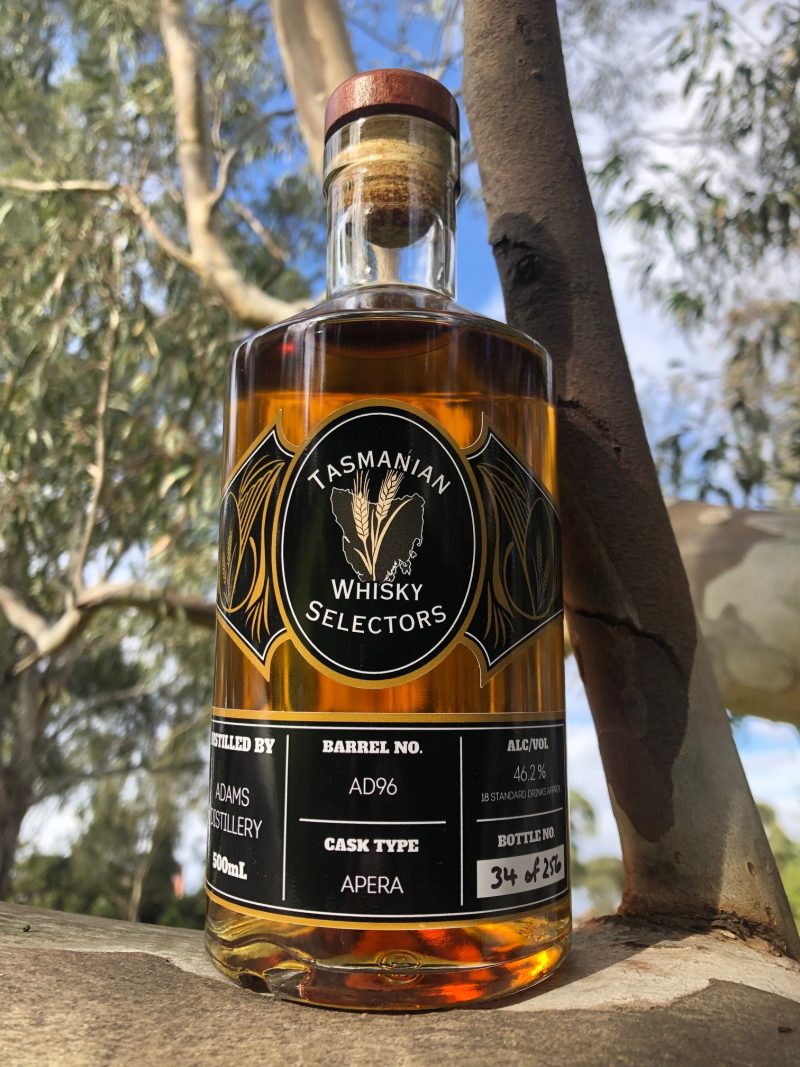 Recently, while taking a short break from doom-scrolling news about Melbourne’s coronavirus situation, I took a moment to browse assorted articles and pictures from the Tasmanian Whisky Week celebrations. If you can’t join ‘em, envy ‘em.

One name from a tasting event immediately caught my attention – Bogan Road Distillery. For those unlucky souls who are not Australian, the word ‘bogan’ is commonly used in our vernacular as a pejorative description of someone of lowly social or economic standing. A bogan could be said to have poor taste in language, tattoos and clothing style, but is generally aware of their bogan status and often proud of it.

“Bogan Road Distillery” – they had my attention. Probably a new micro-distillery just finding their sea legs down in Tassie. I went to their website for some more information and was confused to see only products listed originating from other distilleries. Also, the Bogan Road Distillery website seemed to point visitors over to something called Tasmania Whisky Selectors. 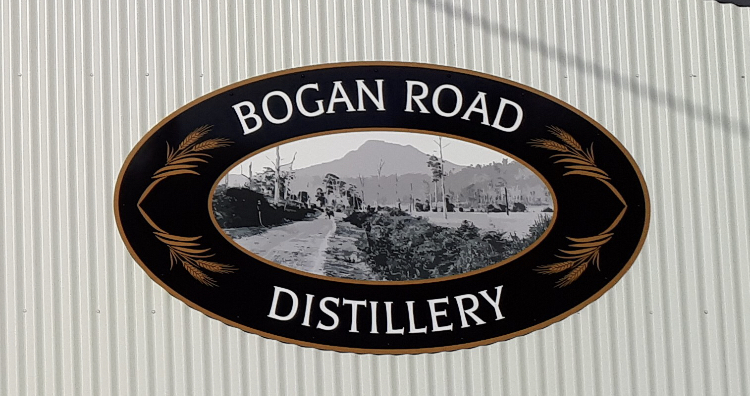 TWS are a fledgling independent bottler focussing on Tasmanian distilleries. With over 200 distilleries in Australia either already releasing or maturing malt whisky, it should be no surprise that an indie scene has popped up. The original, and still granddaddy of them all, is Heartwood. I have also noticed some newer distilleries begin by bottling sourced spirit while waiting for their own stock to mature.

This didn’t appear to be the case with TWS, who were clearly defining themselves as an indie bottler and labelling their few releases with the source distillery. Therefore, how did Bogan Road Distillery tie into their story?

Karin and Shane of TWS and Bogan Road were happy to speak to Malt Review to clear things up. 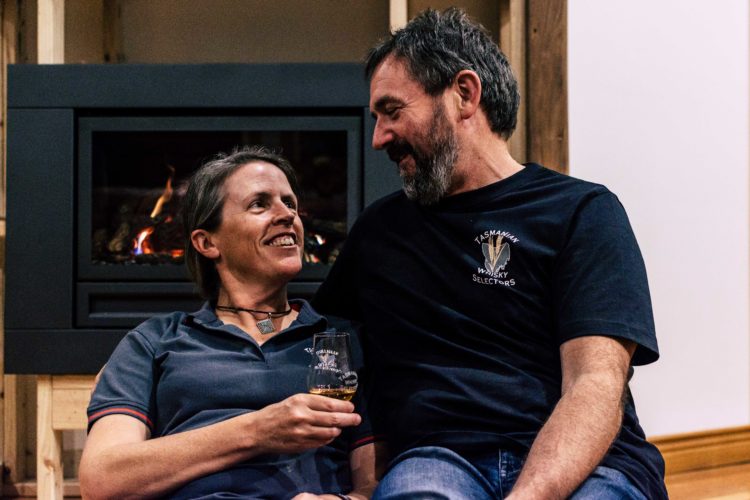 Malt: Tell the Malt Review readership a little about your background and how you came to be interested in whisky

Karin and Shane: We first became interested in whisky in the early 2000s when we were looking for ways to invest locally. There were very few Tasmanian distilleries at the time, and many of them needed cash flow early on. As you know whisky takes time and patience!

We got to know many of the people in the industry, enjoyed many a dram with them, and learned not only about the science, but also the art of distillation and maturing whisky. Shane is a Chef and Karin is a Registered Nurse. Both these occupations are also a combination of science and art, so we began to see that we might also have a place in the industry. So began our journey to becoming part of the Tasmanian Whisky family.

We began developing our independent bottling business, Tasmanian Whisky Selectors in 2016. Some excellent barrels were sourced through SA Cooperage and filled with new make spirit from various distilleries around Tasmania. Looking for a local property for a bond store, bottling facility and tasting room became the next project.

After much fruitless searching we at last found a beautiful property on Bogan Road near Deloraine, with plenty of land, forest and a great view of Quamby Bluff. After much planning, clearing, fencing, and building, a large shed appeared, with the vision in mind that we would eventually transition from an independent bottler to a distillery. 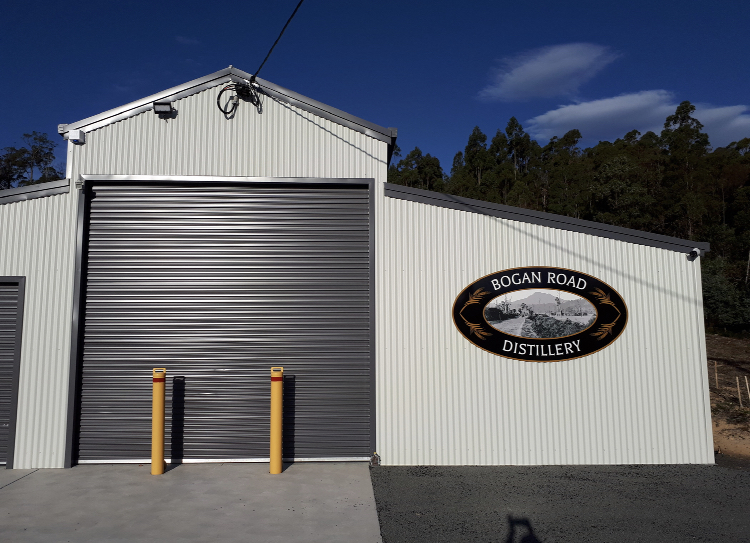 Malt: Can you tell us about Bogan Road Distillery? Is there any distilling going on at your operation currently or if not, what are the plans in this space?

Karin and Shane: Well, it is on Bogan Road, so after much discussion, Bogan Road Distillery it is! The name sort of suits our relaxed, easy going and slightly less than classy attitude to life. For the sake of transparency, we will continue to operate under our current name – Tasmanian Whisky Selectors – for the barrels we had filled at other distilleries. 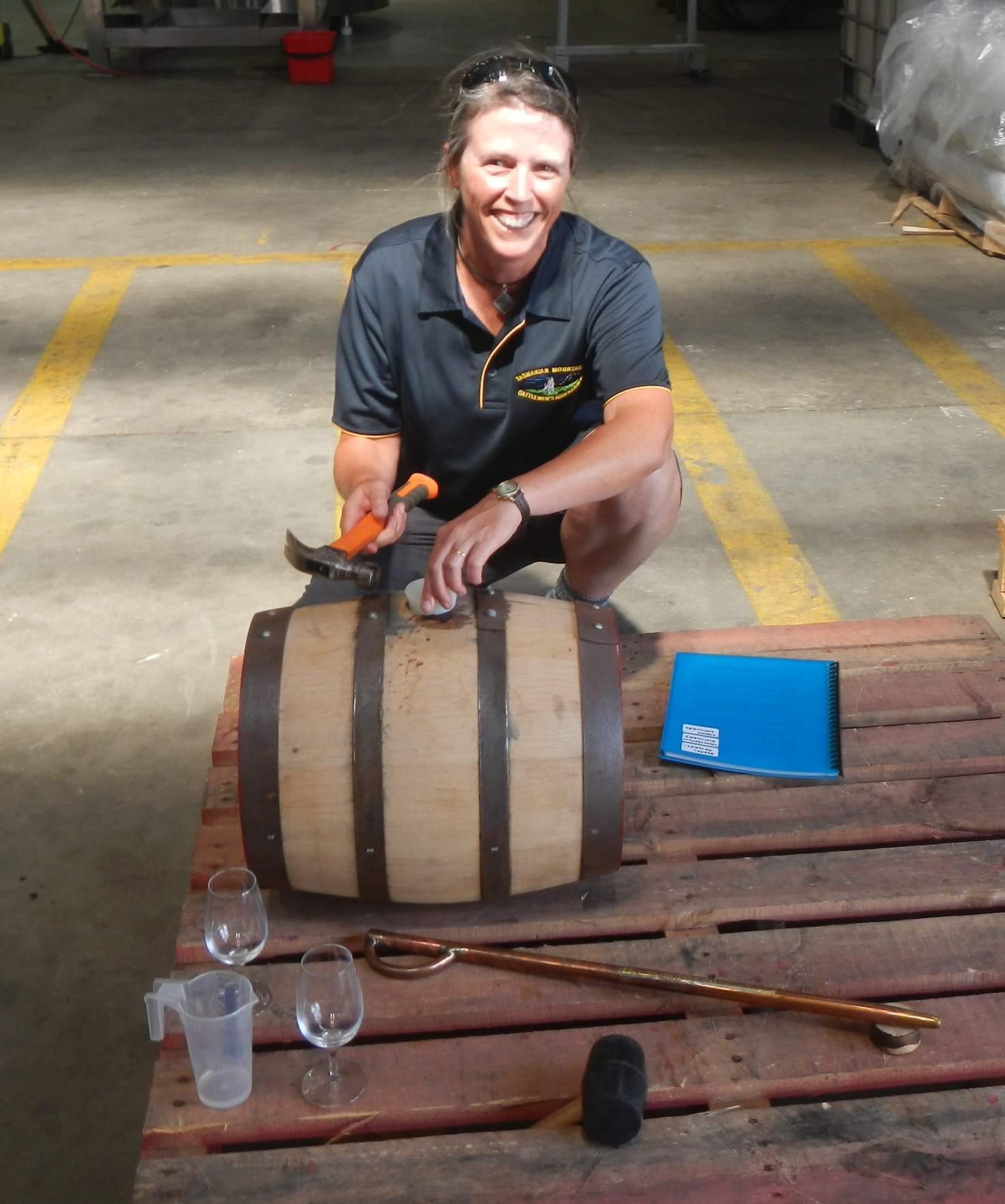 Karin is the distiller and has been experimenting with a very small still. She swore she would never make gin, but apparently some people have been asking for it, so we’re currently perfecting a recipe. In the meantime, we are waiting for a 1600 litre copper pot still made by Burns Welding and Fabrication in Griffith NSW to be ready, probably around February 2022. There are three large rainwater tanks behind the shed for cooling and our large acreage means the trees on our property can benefit from the distillery waste.

We will initially be buying our wash in from Launceston Distillery, until we develop a bit more and eventually make our own. As we both still work shift work in our usual occupations, we will probably only fill around 25 x 100 litre casks a year initially.

Malt: Tell us about your releases so far? Is it a struggle to procure quality casks in this market?

Karin and Shane: We were lucky enough to procure a number of quality casks before prices increased and supply became an issue. Arguably up to 70% of the flavour of whisky can be attributed to cask selection. Our preference is to mature in 100 litre casks, and most of our casks are ex-port or sherry (now called tawny or apera).

We are also now lucky enough to have a relationship with a local cooper, Transwood, where we can source the barrels we will need into the future, and where we can get our current casks recoopered. So far we have had five single cask, single malt releases. The first three were from 20 litre casks and are all sold out. Our first 100 litre release was a tawny cask filled with spirit from Adams Distillery. The most recent was also spirit from Adams but in an apera cask. 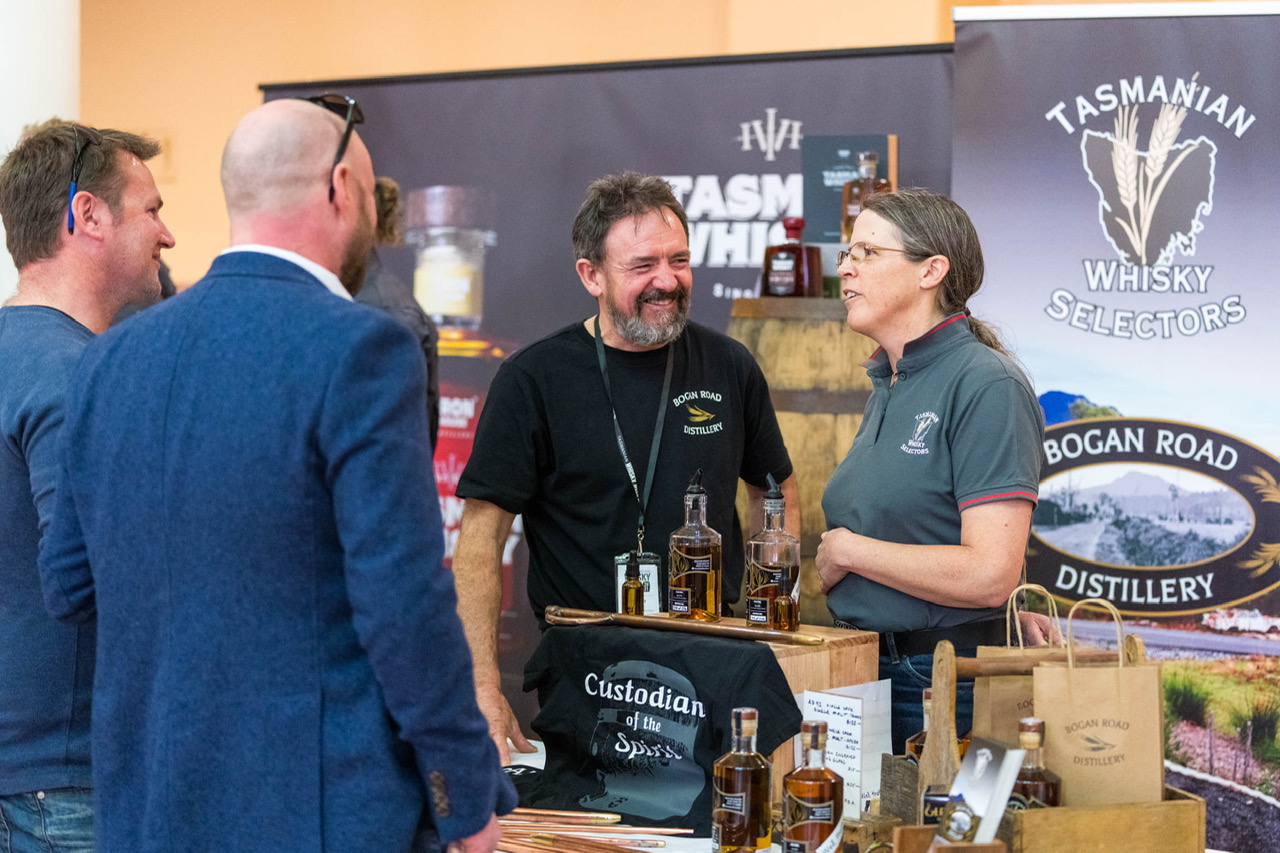 We presented these two at Tasmanian Whisky Week events in early August and they were well received. We enjoyed telling our story at these events, but usually we sell mainly from our website.

We are determined not to release anything until we are certain it is at its best, and we are not under financial pressure to do so. Having foreseen the barrel supply issue, we invested heavily early on, so many of our barrels are now around 4 years old. It is likely the next two years will see a number of releases, as 4-6 years is the usual ideal aging time for 100 litre casks.

Malt: Are you releasing at cask strength and – if not – how are you determining the ABV cuts?

Karin and Shane: Our first two releases were cask strength. I decide the ABV based on my own palate and that of a few select friends (lots of offers received regularly to join our tasting panel!). Filtered rainwater is used to cut to the intended ABV.

Malt: What’s in store for TWS in the next few years?

Karin and Shane: In the next few years you can expect more single cask releases, and maybe some blends, with spirit sourced from Launceston Distillery, Old Kempton, Adams, Corra Linn, McHenry’s, Spring Bay, Killara, and an unmentionable highland distillery (Not Allowed to Name Tasmanian Distillery). 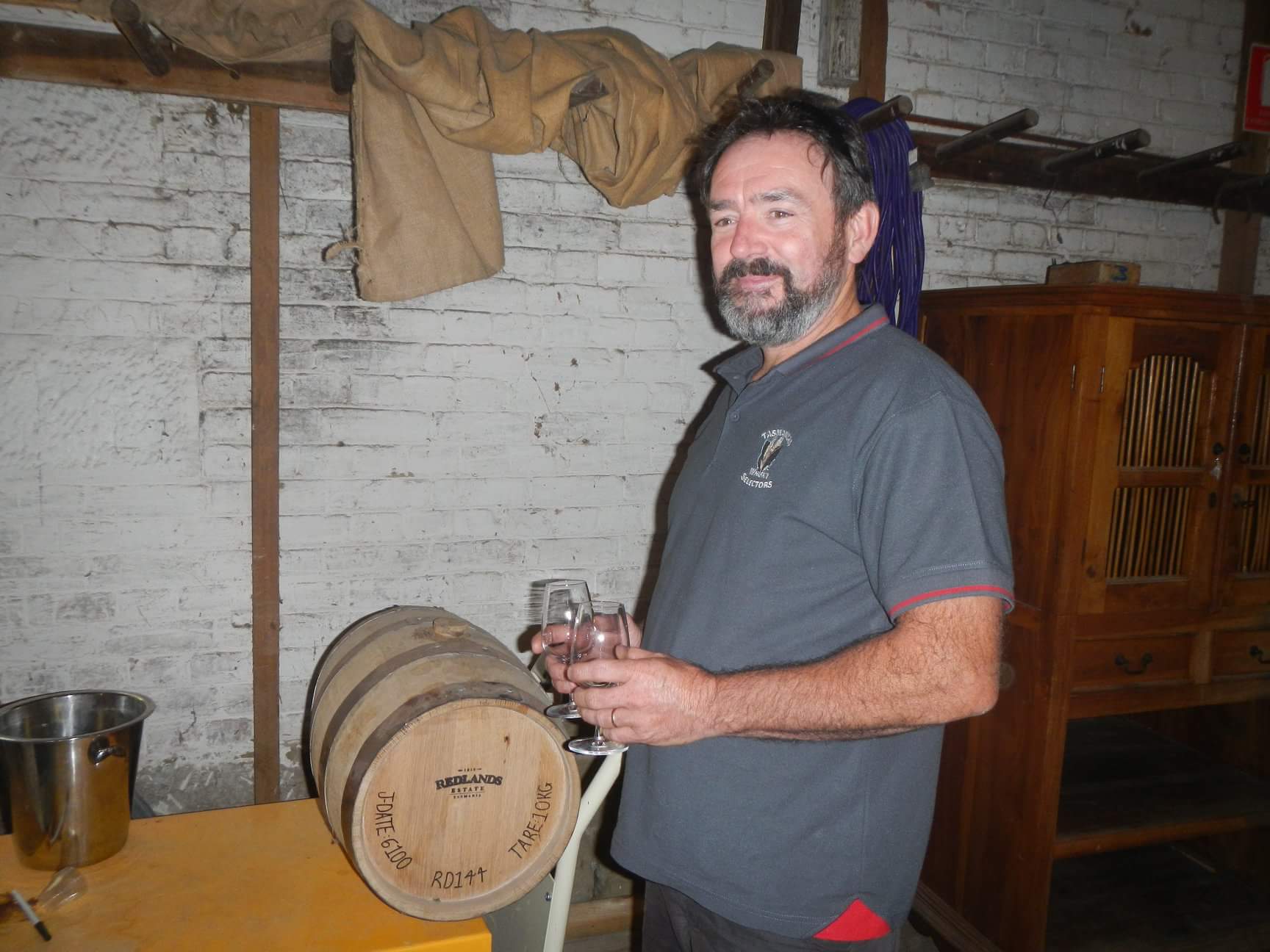 Currently we are open by appointment only, but as we grow it is likely we will be open to be part of the very popular local tourism food and beverage trail. We will also probably require more room for storage, so another bond store will need to be built. The plan is to eventually be able to dedicate more time to the distillery and retire from our current jobs. A good retirement plan needs to include good whisky! 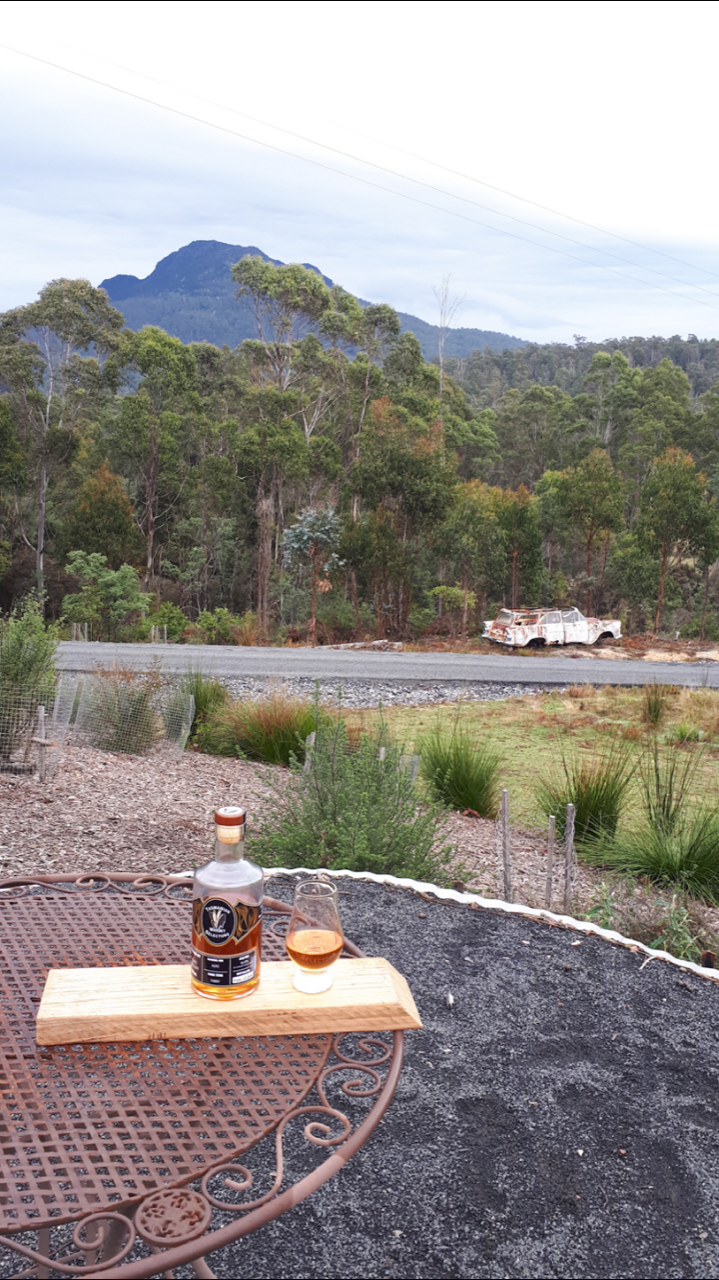 Thanks to Karin and Shane for their time. I am glad they have clearly defined the two businesses to avoid another Hyde type situation where there may be confusion about what is being distilled by whom.

Reviewed today is AD96 Single Cask, spirit from Adams Distillery matured in an Australian ex-apera cask for 4 years. This will be my first experience of Adams – they made the headlines in February this year when a fire broke out at the distillery causing significant damage and burns to one staff member. Putting that incident aside as a story perhaps for another day, Adams has been in operation since 2016 and have always had a solid reputation. 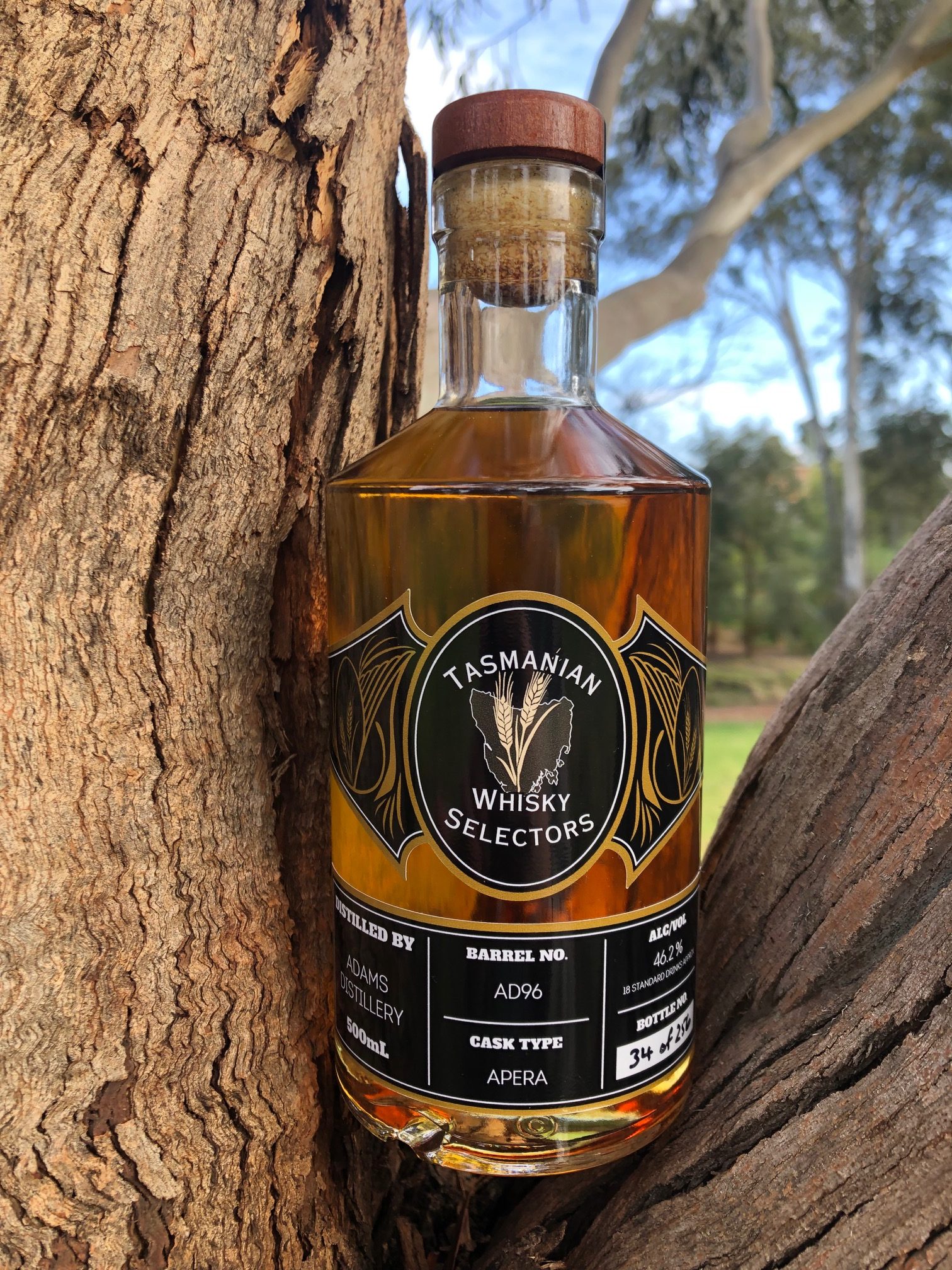 On the nose: Undeniably grassy, this just smells so green – eucalyptus leaves, chopped celery, flower stems, green onion skin. I am left with the immediate contrasting impressions that more time in the barrel wouldn’t have hurt, but also reducing to this ABV was wise. After a while comes raw honey, spring onions, green banana peel and beach sand. Reminiscent of a certain profile that recurs with Australian whiskies.

In the mouth: A little meek, once again I think the barrel might’ve appreciated more time to weave its magic, really bury down into this spirit. Some fried pineapple and pawpaw. More fruits with green apple skin, green grapes then acacia honey. The finish is medium long and I am now getting lime cordial and aniseed.

As always, a reminder of the Malt scoring bands. This is selling for about $130 from the TWS website for a 500ml bottle – which is by no means obscene and competitive with similar offerings on the market. The price couldn’t be much higher or there would be no compelling reason to not just buy Adams whisky directly.

Acquiring barrels, filling them with third party spirit, aging the results and then releasing to market? Job done. The next task for Shane and Karin is to see what their Bogan Road Distillery might produce some day. On such a day Tasmania reopens its borders to Victoria, a visit will be on my ever-growing list of destinations across the Bass Strait.

The author wishes to note that the whisky was sold to him at cost rather than at full retail price; as always, this does not influence our notes or scores. 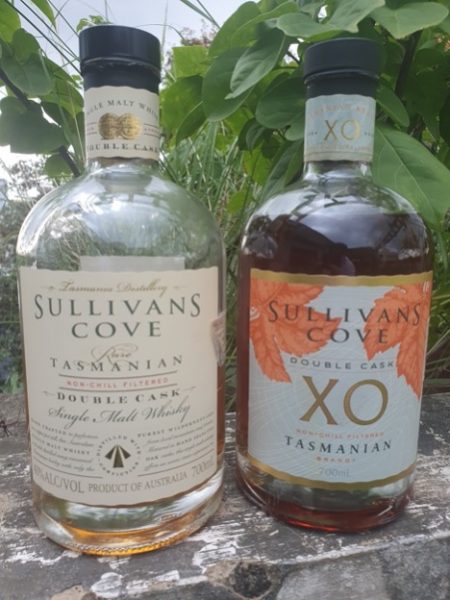 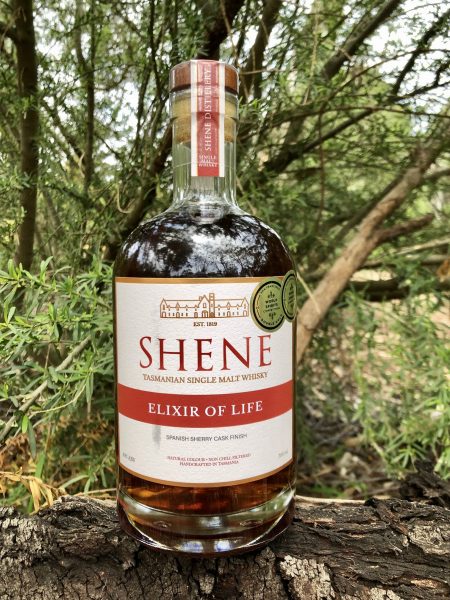