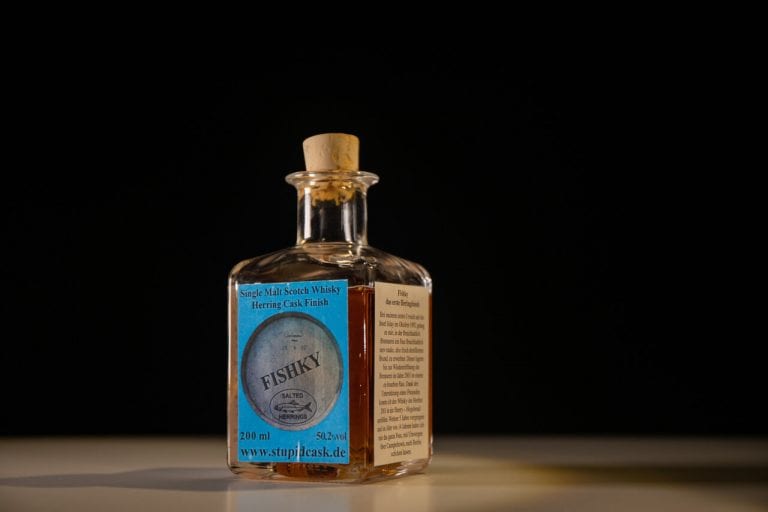 Do you remember the first time you tried a chilli pepper?

As a child, I loved to copy my mummy in everything she would do. I would ask if I could have some lipstick and have my hair styled like hers when she was getting ready for her day. Another thing I would copy was eating what she liked to eat. She loved foods that were strong in flavour and had a particular fondness for spicy dishes. Chilli oil was a permanent fixture on our dinner table and I was never allowed to taste any. One day, I begged and begged and begged and finally I was allowed to try a drop.

My mouth turned to fire and almost immediately brought tears to my eyes but I was determined to like it. I sucked it up and even though I was suffering, I told my parents it was enjoyable; I just wanted to be like mummy! Now I cannot get enough of hot and spicy cuisines. For me, when I eat spice, instead of being numbed, it seems to open up my senses and I can taste many depths of flavour.

Now, have you ever had a whisky that brought tears to your eyes? Maybe it was one that was incredibly expensive, but you just had to have a bottle. Or maybe it was the first time you had sampled a dram and the liquid was so strong that you immediately had a coughing fit and your eyes started to stream with tears. What about a whisky that was so bad that no matter how many times you went back to it, it just made you cry?

I was on one of my Facebook whisky groups recently and someone joked that if anyone releases a whisky finished in herring barrels to let him know. It prompted me to ask if there was a sample of Fishky floating around to send it my way. The original commenter had not actually known it was a real thing which made me even more determined to find a sample to review. Almost instantly someone messaged to say they could probably help with that and, through the amazing whisky community, I was able to score a sample and was on its way to me the following week. Thank you Mr Andrew A.P. Butler for your generosity.

I had recently reviewed a French whisky where they matured the spirit in casks that previously held vodka infused with Perigord truffles. In that review I also briefly mentioned Fishky by name. For those who do not know, Fishky was originally a Bruichladdich single cask finished in an ex-sherry cask. It had been bought by a German buyer, an independent bottler by the name of Stupid Cask, and they then decided to put the whisky in a cask that previously held herrings.

Why? Apparently to honour the rumour that Scottish distillers had once held their spirit in used fish casks. There are a few reviews out there on Fishky but I refrained from looking; I did not need any more bias as I had already heard it was quite nasty. I wanted to find out if it was really that unpalatable or were people just overreacting; surely it can’t be that bad, right?

Colour: Goldfish (see what I did there?)

On the nose: Sweet with vanilla caramel and an artificial sweetness reminding me of fruit rounders (a stripy and colourful hard boiled sweet). The caramel becomes deeper in the form of toffee pennies, rich muscovado sugar and toffee sauce. In the background there are faint paint fumes and a white pepper tickle. There is also a chalky malt sensation on the nostrils. Barely-there orange rind and floral heather is present. Brine and a mineralic note with pebbled beach aromas.

In the mouth: The liquid is sour with fermented and rotten vegetables initially. The sweetness is there in the form of dry white grapes. Spice from both white and black pepper mingles with the extreme saltiness that begins to permeate all of the other flavours. That salt causes an acid reflux reaction where you can taste stomach acids and baby sick. The sickly sourness becomes rancid as the mouthfeel is greasy with oxidised fat. There is bitterness from slight tannins. Salt mouth rinse with notes of plastic and icing sugar. Even though the liquid is oily, there are parts of the mouth that become dry with spots of chalkiness. The finish is short with a greasy fatty feeling that really coats the mouth. It remains incredibly salty with a white pepper glow on the back of the throat. Fruity flavours in the form of red currants appear at the end.

I am not going to lie as I went in expecting a fishy flavour from the get-go but was surprised that it was not there. When nosing, I did not find it all that bad. There was definitely a high briney aroma emanating from my glass but, apart from that, it just smelled like whisky from somewhere coastal.

This definitely lured me into a false sense of security. I took a mouthful big enough to swirl around the palate as I would with any other whisky that I review and regretted my decision immediately. When those sour and salty notes hit my tongue, my eyes watered and I immediately wanted to spit it back out. However, I suffer for my art and carried on.

You could say I overreacted, but I retched after that initial mouthful and broke out in a sweat. My sports watch even registered a concerning 105 beats per minute throughout my ordeal. This, I can confidently say, is the worst whisky I have ever tried thus far. The nose hides the horror within and, after reading up some more reviews I had found online, I have joined the group of people who have been scarred by this creation.

Taking small sips is the way to go for extracting tasting notes if you ever happen to come across this Fishky Frankenstein. All I can conclude is, no matter how many times I could come back to this whisky, I am not going to enjoy it and all it opened up within my senses is my very sensitive gag reflex! I am sorry to say that the Malt scoring bands don’t offer a lower score for me to award.