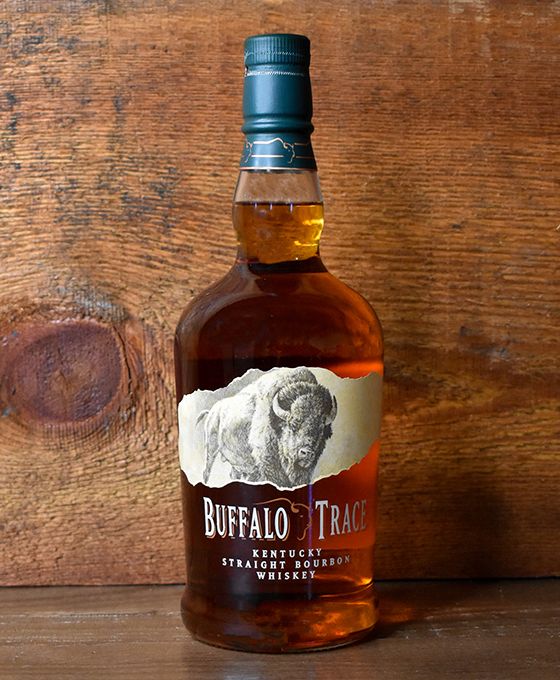 I was listening to some of Billy Joel’s “Pressure” (thanks to Amazon’s show The Boys) when my Spotify played some of his songs.

Unknowingly, some of them made up some of the soundtrack from my childhood. We used to have a lady in our house who cooked for us, mainly; she was in her fifties in the late ‘90s and early 2000s. The part of the house I regularly hung out in was close to the kitchen, and the radio station she listened to consistently played songs like “Honesty,” “Uptown Girl,” and “My Life” on weekends. Back then, I didn’t know the titles of those songs, so when I heard them again recently, it was quite a blast from my past.

Billy Joel and spirits may have no direct connection, but the trip down memory lane made me recall the early days of the local spirits and cocktail scene here in Manila. I stumbled upon a bottle of Four Roses Yellow Label and Buffalo Trace in a grocery store in 2012-13. The two bourbons must have been some lost parallel imports, because Sazerac only became officially available here in 2018, and Four Roses still has no official importer. Being completely new to whiskey then, I didn’t know what these were. I didn’t even have any idea what typical bourbon-based cocktails were, but I still bought a bottle of each, just to broaden my horizons. These were my first bourbons not named Jack and Jim.

There were only one to three proper cocktail bars in Metro Manila back then. The only Scotch single malts we had available then were the three most famous “Glens.” Single malts I take for granted these days – such as Laphroaig, Lagavulin, and Glengoyne – were considered a rare sight. Maker’s Mark was considered premium bourbon then due to how new it was to the market. Rittenhouse, which eventually became the de facto rye whisky in the scene, wasn’t consistently available until 2015. No one was talking about Japanese whisky then. Kavalan wasn’t even on anyone’s radar yet.

Since I was new to bourbon and in a city with a cocktail scene in its infancy, the only cocktails the few bars around really knew how to make were classics like the Old Fashioned, Whisk(e)y Sour, Gimlet, and Manhattan. The Negroni wasn’t even that well-known then, mainly because gin wasn’t yet in, and Campari wasn’t heavily marketed here yet. Before the cocktail boom, we associated gin with Ginebra, which is often mixed with pomelo juice in the streets. Cocktail equipment such as Boston Shakers or Three Piece Shakers and proper mixing glasses had to be bought abroad. The lack of basic ingredients and equipment left me with the ability to only make the Old Fashioned at home.

Rye in an Old Fashioned has been my preference for years now. I find that the spice pairs better with the sugar, but the lack of a consistent supply of rye whisky made me very familiar with the bourbon-based Old Fashioned. The random bottle of Buffalo Trace I would find became my favorite Old Fashioned for bourbon. It still is, but I don’t consume it as frequently anymore. I don’t even remember if it was 40% or 45% ABV. My green palate could then only pick up lots of vanilla, sweetness and cinnamon. It’s made me curious about what other notes I’ll pick up now in Buffalo Trace, so I dug up the sample bottle supplied during Drew Mayville’s tasting here in Manila.

The Four Roses Yellow Label seemed too light for me at the time. Compared to Maker’s Mark and Buffalo Trace, it seemed flat. Even in an Old Fashioned, it didn’t bring enough of the kick that I wanted, so I relegated it to become my highball whisky. I dare not doubt Jim Rutledge’s talent, but could it be that it was from his early blending days? The grocery’s booze section had a window facing the outside. Did I just happen to get a bottle that had too much sunlight? There’s no way for me to find out now. Still, remembering my early days of exploring bourbon and cocktails made me curious how I’d like it now. Of course, this Four Roses Yellow Label will be different from the one I had years ago, because the blender is no longer Jim Rutledge.

On the nose: Medium aromas of sweet corn, vanilla, muscatel grapes, honey, coconut syrup and cinnamon. There’s a slight burst of orange marmalade and apricot jam. These give way to lighter aromas of more coconut syrup, rye and adzuki beans. Surprising that I get no hint of alcohol heat.

In the mouth: What I taste here isn’t as cohesive as what I smelled on the nose. The heat is also more apparent here, but it’s expected. I taste a light and incohesive mix of sweet corn, honey, cinnamon syrup, muscatel grapes, rye, adzuki beans, Regan’s Orange Bitters and orange peel.

As is the case with many spirits, it’s very promising on the nose, but falls short in the mouth. The different aromas are easy to dissect, but they all end up a jumbled mess in the mouth. What I get on the nose is more pronounced, too.

My other gripe about this is its lack of layers and complexity. The flavors just present themselves in one go. I’m not surprised, since I see Buffalo Trace as more of a cocktail spirit than a sipping bourbon… yet it still does a good job when drunk neat. It has the typical bourbon flavors; the order and intensity in which the flavors present themselves is what differs. I was also surprised that the rye was easy to identify in the taste, despite its low rye content.

What surprises me is hearing that it’s running out on the shelves in the USA. Are Americans really that crazy over Sazerac products?

I’d recommend using this in stirred and whiskey-forward cocktails such as Old Fashioned, Boulevardier, Manhattans, and variations based on these drinks. The strong vanilla flavors stand up well to the other strong ingredients like bitters and vermouths.

On the nose: I smell a good balance of sweetness and spice. The sweetness of the corn is more pronounced at first, but the more I smell it, the stronger the spices from the rye get. The spice turns into a nutty floral note to which I’m not accustomed. The nuttiness reminds me of what I get in Jim Beam. It’s like a mix of hazelnut and almonds. That mixed with the floral notes I got, which made me think of honey, honeysuckle, pie crust, digestive biscuits, and elderflower.

In the mouth: The corn sweetness is much lighter. The rye spice, floral notes and the nuttiness are more evident. At the end are very light tastes of orange jam, cinnamon syrup and honey.

The good balance of sweet and spice makes sense due to the mix of mashbills. Four Roses’ rye content is also higher than other distilleries. I’m guessing the floral notes are a result of their yeast, plus the use of high rye.

I find this full-bodied despite the 40% ABV. It’s a good bourbon meant for easy drinking or mixing at home. I say “easy drinking” because the flavors last for a while and they’re consistent. The lack of complexity and layers in it makes this one-dimensional bourbon easy to dissect.

I can see this doing better in cocktails that are shaken and use juices such as Whiskey Sours, or where other ingredients won’t overpower its more delicate character.

Images courtesy of the respective distilleries.