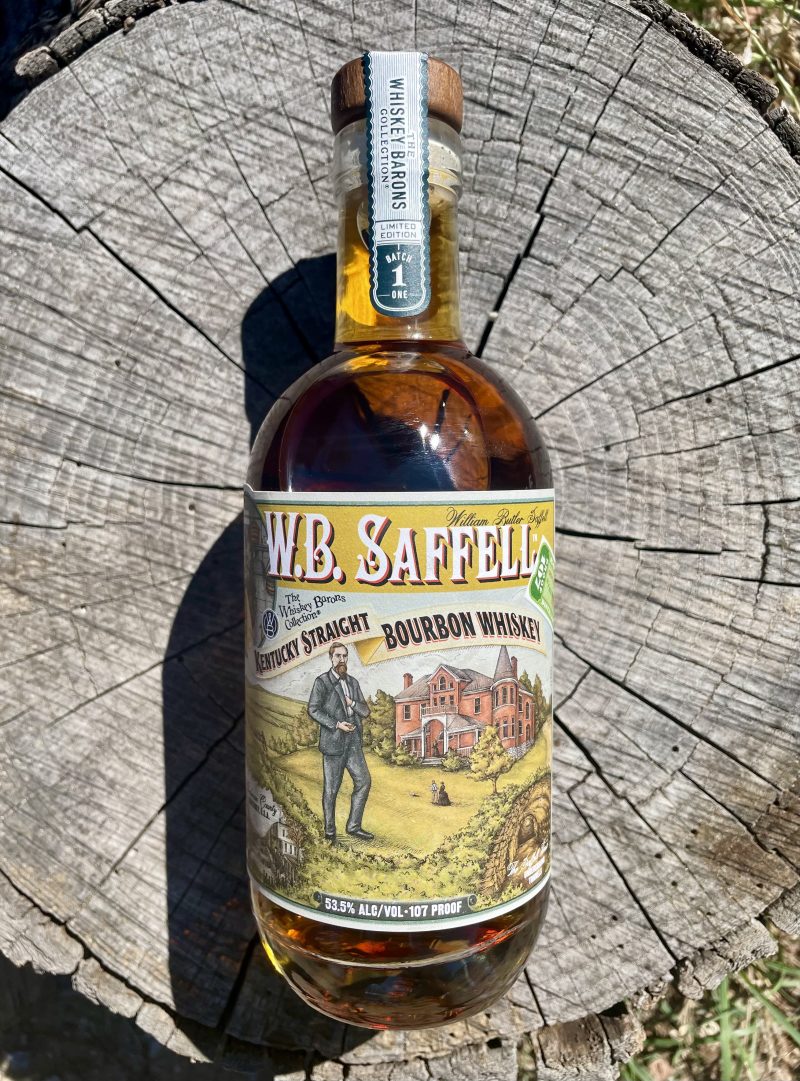 “It’s not discipline when there are no bottles to buy.”

This is a quote adapted from an observation that a very astute businessman made during dark days for his industry. Musing about the supply side of the equation, his point was that not producing his goods when there were no orders for them couldn’t be credited to self-restraint. Only when demand rose and he chose not to sell (in order to support higher prices, but foregoing some profits) could he claim supply discipline.

Inverting his maxim to apply to the whiskey consumer: if there’s no bottle available for me to purchase, it takes no willpower on my part not to purchase it. The decision is not even mine to make; it has been made for me. Rather, it is only when I see a desired bottle on the shelf and choose to walk away that I can be commended for maintaining a firm hand.

I’ve recently pivoted from carping about the problems in the current bourbon culture to pondering what I, and like-minded others, can do about them. My last review of a Wild Turkey whiskey encouraged readers to praise good actions and condemn bad actions when they see them. Before we expect others to change their behaviors, though, we should perhaps concentrate on our own shortcomings.

I’ve written in this space before about the “secondary market” proper (consisting of the resale of bourbon via social media) as well as the parallel secondary market of retailers who mark up the bottles on their shelves to match the prices they see online. I steer clear of the groups where flippers ply their trade, so I’m in no danger of enriching any of them in a moment of weakness. However, I do occasionally wander into a shop where a bottle I’ve been after is available with a price tag designed to pad the seller’s wallet. I am torn, at these times, between being able to procure a whiskey I want while also avoiding put money into the pocket of someone earning an outsize profit on a bottle.

So, how much is too much to pay? The most ideological zealots would assert that any premium to SRP is forbidden, though this seems like too hard a line to take. The more pragmatic among us would recognize, for example, that a $180 bottle selling for $400 (such as the recent bottle of Master’s Keep Bottled-in-Bond that I passed on) is a clear case of scalping, but that an extra $5 on a $100 bottle of bourbon falls short of excessive price gouging.

Now we’re into slippery slope territory, though. What about $5 on top of a $50 SRP? That is the price at which I finally pulled the trigger on the subject of today’s review. I had seen bottles as high as $75 and – despite really wanting to try this bourbon (not least of all because it came strongly recommended by friends) – I had maintained discipline until very recently.

The whiskey in question is W.B. Saffell, the fourth in Campari’s Whiskey Barons series. Pitched as “an ambitious undertaking to recreate the taste of the original Pre-Prohibition liquids,” each whiskey in the series was created by “consulting original tasting notes from historical files, finding old product descriptions from packaging, and interviewing surviving family members.”

That official site provides a short biography of Saffell himself (as well as the other Barons in the series); the timeline pegs 1889 as the date when Saffell built his “350 barrel distillery” adjacent to the railroad northwest of Lawrenceburg. A more granular look at Saffell’s life and impact is available from Rare Bird 101; indeed it was partly David’s high praise of this whiskey that piqued my interest.

The bottle is adorned with an old-timey label bearing an engraved full-length portrait of the eponymous William Butler Saffell standing in front of Saffell House. Vignettes at the corners are labelled “Anderson County Kentucky U.S.A.” and “The Saffell Home Underground Tunnels.” The back label is designed in the manner of an advertisement from the turn of the century, informing us:

in the employ of this contemporaries,

Opened a distillery of his own.

And his signature sour mash,

The label further states that this is “DISTILLED AND BOTTLED BY THE AMERICAN MEDICINAL SPIRITS CO. LAWRENCEBURG, KENTUCKY, U.S.A.” We know this to be Wild Turkey, however, with Eddie Russell personally involved in selecting barrels to match the intended profile. Per the Whiskey Barons site, this is “a blend of 6, 8, 10, and 12 year old Kentucky Straight Bourbon.” Bottled at 107 proof (53.5% ABV), SRP (as stated prior) is $50 for a 375 ml bottle. I’ll be scoring this as though I paid $100 for a 750 ml bottle.

So, has my patience paid off? Only one way to find out…

In the mouth: This starts sternly, with tart fruit and pronounced minerality as the whiskey meets the lips. The salty and bready flavor of hard pretzel sticks is revealed as this travels up the tongue, where the bourbon blooms upward with a woody note that tiptoes on the edge of bitterness. As this reaches the point of maximum wood flavor tannic texture, abruptly a light and airy note of confectioners’ sugar appears to pull the whiskey back from the brink. This transitions to a sticky-sweet brown sugar note, which eases into some darker flavors of shoe polish and tar as the finish commences. The lingering flavors leave tastes of pine sap, while a subtle drying stoniness creeps back toward the front of the mouth. The lips tingle slightly in response to the reasonably high bottling strength.

Aromatically, this is the equal of the better Wild Turkeys such as Master’s Keep Bottled-in-Bond, Russell’s Reserve 13 Years Old, and Russell’s Reserve 2003. There are so many aromas that all play beautifully together, keeping the nose entranced for an extended period of pleasurable sniffing. The palate is perhaps most similar to the Master’s Keep Bottled-in-Bond, in that it leans away from plump fruitiness and towards more wood and spice. I love that there are surprises hidden throughout this, from the whiff of my favorite ice cream to the dramatic turn towards light and then dark sweetness in the middle of the mouth. I’m not sure how closely this hews to the pre-Prohibition whiskeys that were purportedly the inspiration for this creation, but the whiskey is so good that I find it hard to care.

As repeat readers will be aware, paying the equivalent of $100 for a 750 ml bottle of bourbon ratchets up my expectations. They’ve been met and exceeded by this whiskey, which now ranks toward the top of my list of favorite Wild Turkey expressions. In recognition of both its absolute excellence as well as the solid performance for the premium price, I am awarding it a firmly positive score.

So, I am doubly pleased to have found a delightful bottle of bourbon, as well as to have paid a fair price for it. In conquering my FOMO and staying my hand, I ensured that someone trying to profit off the hard work of others would not be encouraged, at least on my dime. Imagine if we all behaved similarly? Imagine if the secondary market dried up, and all those bottles amassed for flipping were suddenly liquidated by the sadder and wiser folks who suddenly had to look elsewhere to supplement their income?

I realize that all of the above sounds implausible to the point of foolishness, and I am not holding out serious hope that all the bourbon sinners will repent of their wickedness tomorrow. However, in keeping with my previously expressed intention, I will continue to demonstrate that there is another way. As before, I sincerely hope you’ll join me. 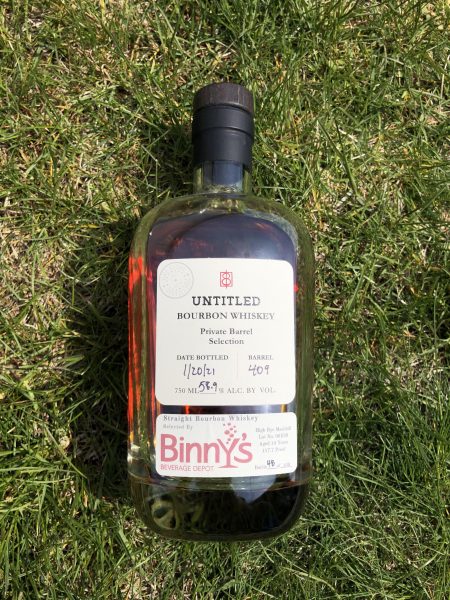 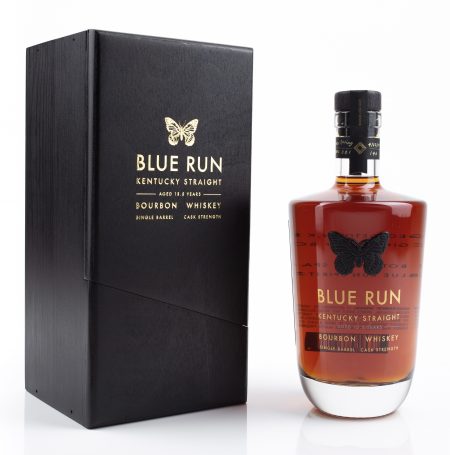