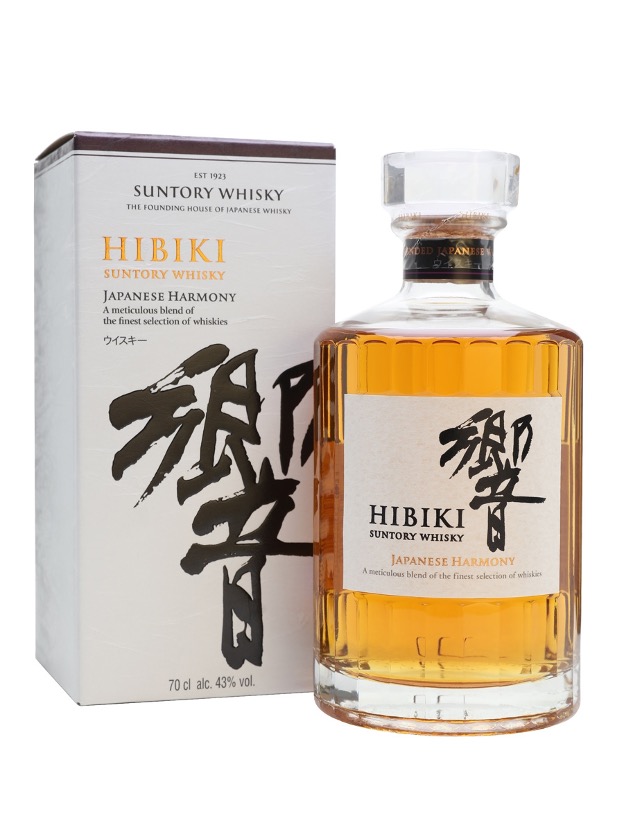 My following thoughts may come across as harsh, cynical or privileged or other non-complementary adjectives I’ve been accused of in the past.

News of the updated Japanese whisky labeling standards had me hoping that consumers would come to their senses or be more aware of ridiculous trends, such as what the Japanese whisky “brand” has become. Maybe it would even encourage them to take a better and closer look at other brands and trends. Alas, the news seems to have only really reached those who cared and already knew of Japanese whisky’s worst kept secret before the big announcement.

Raw materials must be limited to malted grain and other cereal grain.

Water used in the production processes must be extracted from Japan.

Production processes such as saccharification, fermentation and distillation must be carried out at a distillery in Japan. The resulting spirit must also be distilled to less than 95% abv.

Aging of spirits must be done in Japan and in wooden casks of no more than 700L for a minimum of three years.

Bottling must take place in Japan with an ABV of at least 40%.

Caramel Colouring can be used.

The deadline to follow the new following rules is on March 31, 2024.

There are also articles prohibiting misleading labels. The words “Japanese” and “whisky” (or “whiskey”) are to be used in a unified and integrated manner without inserting additional words between them. Using words that have the same meaning as Japanese whisk(e)y or foreign translations aren’t allowed unless they meet the production requirements. Names of people that evoke Japan, names of its cities, regions, famous places, the Japanese flag, and era name are also not allowed if they don’t meet the requirements.

Even after the announcement of the new regulations, it’s still hard to miss online praise and love for Japanese whisky and “Japanese whisky”. This makes me wonder why there’s a lack of a mass reaction such as an uproar and/or discussion.

Not that the Japanese whisky companies were being totally dishonest. The labels on their blends only use terms such as “Japanese tradition” or “Japanese Harmony” or “Japanese blend”. It was retailers, flippers and consumers who labeled these blends as Japanese whisky. It’s our fault for not reading the labels properly.

But, at the same time, it’s common and easy for people to blame others for their mistakes. For example, Americans are known for suing companies for unexpected reasons, like being served too hot of a coffee or slipping on the floor because there were no warnings or signs. We assumed these blends from Japanese companies all contained whisky fermented, distilled and aged in Japan. The impeccable reputation of Japan and its culture lulled us into a false sense of security.

It’s safe to say that many didn’t know that whisky from places like Canada and Scotland were being used in blended whisky bottled in Japan. How many of these self-proclaimed Japanese whisky lovers grimaced or were shocked when they heard of the news and the context around it? How many of them still haven’t heard of the news? I’ve come to realize (and remember) that most consumers don’t really care about a category’s regulations. It seems like as long as a brand’s marketing makes them feel good and/or look good they’re satisfied. Don Draper saying “happiness is a moment before you need more happiness” comes to mind.

It’s sad that most consumers care more about looking and feeling good than knowing more about what they’re putting in their body and what they’re spending their hard-earned money on. Rules and regulations were set up to protect the industry and people’s health. From the surface, it seems like the Japanese government didn’t mind this loophole that the companies were exploiting, as long as taxes were paid. For the longest time, the only big players were Suntory and Nikka, after all.

Some smaller players like Hanyu, Karuizawa and Hombo Shuzo (Mars & Komagatake) hung around. But they eventually fell off. What did the government have to worry about? Just look at what American whisky was like before the Bottled-in-Bond act and during Prohibition. The lack of regulations led to dishonest operations via flavoring whisky with random additives and even toxic ingredients.

Ideally, consumers should know how to read labels. Learn what the terms allow and know the rules. This way, they can question or maybe even call out companies and brands who are being dubious. Unless you’re a corrupt government official, you’re buying their product with your own money, after all. Why not make sure you’re getting the most out of your buck? Alas, money ruins everything. Speaking across the board, I think we shouldn’t support companies who kiss our ass to blind us with false promises.

Why is it that the majority choose form over substance? As proven by the impending Japanese whisky regulations, relying on reputation isn’t smart. A person usually doesn’t live up to his reputation. What more when you rely on a company’s or country’s reputation? There are too many moving parts. I mean, all the longtime Hennessy or Remi drinkers I’ve talked to are shocked to find out most Cognac have boise (a mixture of sugar, wood chips and low proof brandy macerated in a tank or barrel to add flavor and color to French brandy, making brandy seem older) added to them.

I’ve heard of stories where Hennessy drinkers in poorer countries, such as the Philippines, don’t even know Hennessy is a Cognac. They just love it because it’s a foreign brand, not cheap, and a lot of other folks see it as premium. If a decades-old target market claims to love a brand but doesn’t really have intimate knowledge about them; what chances do most self-proclaimed lovers of the Japanese whisky trend have when their love and knowledge of it is less than a decade old? This issue is being more spoken of in rum as well.

I had mixed feelings when the news came out. Of course, there’s a sigh of relief and applause that various companies stepped up and got together on this issue. Yet, a part of me was asking “what took so long?” For a country that can be so excellent and advanced in many ways, Japan can be fall behind in plenty of ways too. Health care and their work-life balance are a couple of glaring examples, but this is not the place to discuss them. Did the industry have to wait for things to get worse before they tried damage control?

The way I see it, it was only when Matsui Shuzo’s Kurayoshi pure malt whisky came out that some geeks started asking questions. How can a company who has only been making nihonshu (sake), shochu and no whisky since 1910 suddenly have enormous amounts of “Japanese whisky” stocks with 8, 12, and 18-year-old age statements?

Look at the label properly. Kurayoshi labels say “pure malt.” It’s a term that has been discarded by the Scotch Whisky Association (SWA). “Pure malt” implies that a blend of different single malts. Matsui Shuzo’s true Japanese single malt is Matsui. So far, all Matsuis are NAS, which means all their single malts aren’t old enough to use an age statement the whisky drinkers are used to. This also means they’ve only recently started distilling. Their website doesn’t even say when they started distilling. It suggests that they’re hiding something.

The Philippines couldn’t even get official distribution from either Suntory or Nikka. Yet, Matsui and Kurayoshi easily got into the market. It wouldn’t make sense for Nikka and Suntory to sell them aged stocks. These two biggest players were discontinuing SKUs with age statements left and right due to stock shortage. There’s still a shortage. This led to some sensible folks wondering where these well-aged stocks could have come from? I’m guessing Nikka’s open secret about them owning and using Ben Nevis in their blends came to mind. The dots were easily connected after that.

Luckily, samples for both whiskeys were available at a decent price. This will probably be the last time I try any Hibiki until the updated regulations kick in after March 31, 2024. A boycott, this is not. The prices have just gotten out of hand. Quality has dipped. Knowing has made me jaded. Yet, I also see this as a good chance to record my thoughts; to compare this blend world whisky bottled in Japan vs a potential real Japanese blended whisky… IF Suntory decides to make Hibiki a real Japanese blend that is.

The Hakushu Distiller’s Reserve (a.k.a. the Hakushu NAS) is something I haven’t had neat in a long time. Its box was still green then. When I was still into Japanese whisky, the Hakushu NAS was my go-to for whisky for Japanese highballs. Because this is a single malt, it’s safe to say that this is all fermented, distilled, aged, and bottled in Japan. Having had a constant source at good prices made this possible for me. Being made up of younger components, the peat is slightly stronger, plus the other refreshing green flavors make the drink really refreshing.

In the mouth: No ethanol bite here. But the bitter and sour tastes are more pronounced than the sweetness. There are light tastes of lime leaves, green tea, soursop, star fruit and grapefruit. There’s a flash of honey, cantaloupe, sapodilla, peaches and dehydrated lemon peels at the end. Just when I thought it was over, some really subtle tastes of barley tea, vanilla, apples and lapsang souchong tea appeared. For some reason, the heat also progressively intensified.

The nose and mouth on this seem to be opposite. The sweetness on the nose is more pronounced than the sour and bitter aromas. It’s vice versa in the mouth. The aromas are also more cohesive. It’s easy to identify the different aromas in the blend. But in the mouth, they’re all jumbled up.

I can’t remember the last time I had this nor what it was like. But do I like this? It’s so-so. I love the complexity on the nose. It’s just vibrant with different layers of sweetness, bitter and sour. I’d say the mouth is also complex but the sneaky heat and incohesive tastes get in the way of fully enjoying the whisky.

Is this worth the price? Depends where you are. But the prices aren’t far apart based on TWE’s and K&L’s prices. This is close to being as ridiculous as paying top dollar for today’s substandard Macallan expressions. 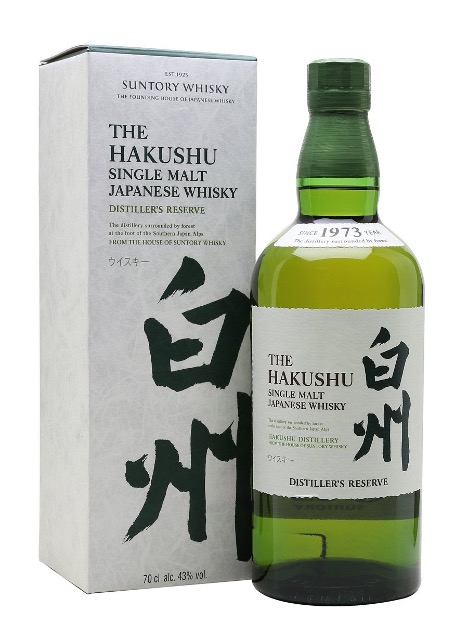 In the mouth: A lot fruitier than I remember. Initially, I taste something brief and light which makes me think of barley tea. The medium intensity dried apricot appears again. It’s followed by just as intense tastes of Japanese peaches, honey, honeysuckle, apple juice, papaya, nectarines and sapodilla. In-between subtle tastes of peppermint, Granny Smith Apples and a mix of roasted and smoked dill, rosemary and fennel.

I remember this having greener and more refreshing flavors. Which means my memory of this might be eschewed or the blend has changed or my palate has changed. Regardless, this is good.

The coherence of aromas and taste are similar. What you get on the nose is also what you get in the mouth. There’s a decent amount of flavor layering in this. It’s like smelling and tasting a graph that constantly moves up and down.

On another note, look at the TWE prices. I think it’s odd that a blend from the same company is more expensive than a single malt.

All images are courtesy of The Whisky Exchange.