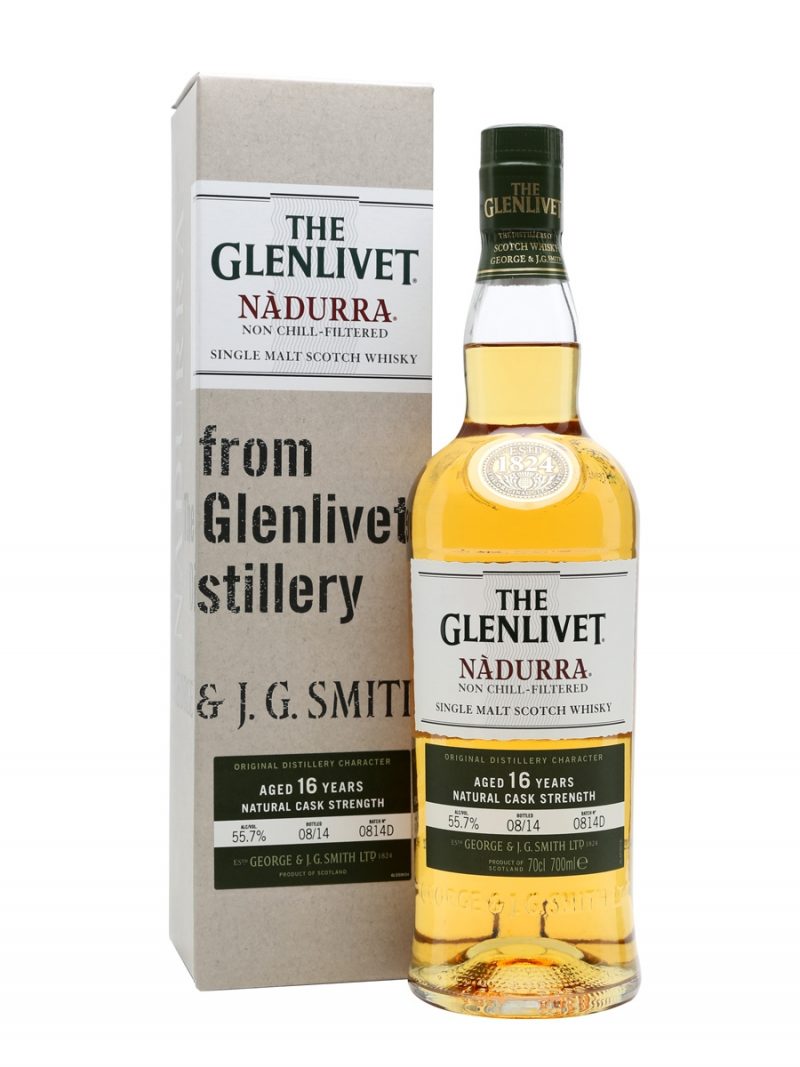 I know every expression from The Glenlivet blind.

The classic 12 is lighter and more apple-juicy than the Founder’s Reserve, which has replaced the 12 on shelves internationally. I like the Founder’s more. Additionally, I like the 18 more than the 21. Even though drammers in the know swoon over the 15 French Oak, and even though I’m always happy to see it in someone’s collection, I can’t say it puts the wind in my kazoo.

I’ve had the 25 a few times and find it thin, but very fragrant. In a word: underwhelming, which is a terrible thing to say about the elderly. The difference in The Glenlivet’s (TGL from here on) dram hues are similar to those in tanning salons, the gradients ranging from sun-kissed to dark bronze, and their process is similar too! (shots fired)

The noses are different, with the core range being very easy to distinguish. TGL’s Nadurra range is even easier to differentiate blind, because of the higher proof. The Nadurras are all NCF and cask strength, like the cool kid scotches, and I guess TGL wanted to participate. Nadurra literally means “natural” in Gaelic, which is fine, albeit in the world of advertising it is the ultimate nothingburger. “All natural,” or worse, “100% natural,” are cheerful phrases that mean fuck-all. There is no set definition for what constitutes “100% natural” and you could legally advertise the tap water in Flint, Michigan as such. Lead is organic, so what? “The all-new Yamaha snowmobile! Made with real fruit juice!” makes about as much sense.

Did The Glenlivet need to pretend to be bespoke and raw? Did it work? Is it making them tons of money? TGL really was “the single malt that started them all.” It was supposedly the earliest licensed distillery, and a royalty favorite back in the day, to be sure it is an ironclad staple today. I say “supposedly,” because there is an ongoing debate over which distillery actually got its license first. I think it was George Smith, fair and square. George Smith made his money the old-fashioned way, he got it from his dad. He could afford the license and the ensuing taxes. The Glenlivet’s location was tucked away, and we have record of it being quaint and enchanting to a gracious visiting King George.

The name, the legality, the means, all the copycats and the following lawsuits is the reason it remains the number one best seller to this day. Macallan and The Glenfiddich are always on each other’s tails, the leaderboard always changes, but TGL has the most brand recognition. Let’s face it, TGL is a Mickey Mouse brand and you can’t be both a Mickey Mouse brand and a cool kid brand. The top 3 Mickey Mouse brands have turned off the whiskyphiles to the point of alienation. I almost never see the top 3 giants being favorably reviewed by people in the industry I respect, and I rarely see them mentioned on the cool Instagram accounts. Old and expensive Macallan is often boasted by not as cool accounts (fight me) the accounts where they brag about getting to hold a bottle, so they post a contrived pic and tag away, drunk on Macallan clout without ever opening the bottle’s seal.

TGL usually pops up in one of three scenarios: a treat on the deluxe tour of the actual distilleries, special sample bottles procured from Brand Ambassadors and other lucky people who know people, and in wealthy men’s private collections. For the record, the owners of said collections tend to be men who don’t really know if they like what they drink; they vaguely recognize the name and the bottle is only interesting to them because it’s over a grand.

The Glenlivet, in an effort, I guess, to… broaden its horizons?… put out the Nadurra range in 2014, roughly. That’s when I remember first seeing them in the US, at least. I’m not crazy about them, but I’m glad they exist, like the show Modern Family or The Jason Bourne movies. The Nadurra Oloroso was the first expression from TGL to be fully matured in sherry casks, so it’s a marvelous Christmasy dram, perfect for Grandpa.

The Nadurra First Fill is made with not re-used bourbon barrels, but first fill American white oak barrels. The Nadurra First Fill is a strongly vanilla, sweet, and sparkly banana, very much a bourbon-y Scotch. The most bourbon-y Scotches I’ve had, just off the cuff from memory, are the Auchentoshan American Oak, and The Glenrothes Vintage 1995 American Oak. I usually don’t like them, but I do like TGL FF.

Another Nadurra they put out was the Nadurra Peated Cask. Again, at the time, I thought it was silly. I support innovation, but this wasn’t really innovating. This was copycating. They took the most recognizable flavor profile, or note, peat, and finished the spirit in barrels from the most recognizable peaty whisky on Earth, Laphroaig. It seemed like they were trying to pander to peat heads.

I liked TGL Peated Cask just fine, but ultimately I’m just not interested in a Scotch made on a global scale, matured in anything else than what it’s known for. If I sense a brand trying to jump on a trend, or appear zany, like The Glenlivet is doing right now with their new bright roma tomato red boxes and the copy, “selectively matured in Caribbean Rum Barrels.” And only 90 years after The Balvenie shattered the mold for alt finishes with their Caribbean Cask? Bravo! Spray tan me in the shade of Unimpressed.

The last Nadurra they made had a short life. They stopped making The Nadurra 16 in 2014. Even before I knew they were 86-ing it, it was my favorite TGL. Not because it had an age statement, not because it had no chill filtration, or had never been pigmented, but because of the excellent taste!

In my opinion, it’s the best thing TGL ever put out. As I said, I’ve had the 25 a few times, and it’s good. It reminds me of Johnnie Walker Blue. It’s cozy and chocolatey, but I’m not intrigued. The Nadurra 16 is intriguing. It’s a wild card, you couldn’t even begin to guess what it is. You can still find Nadurra 16 dusties all over LA. I even told a friend she could probably find it in Denver, and she did, after making just two phone calls!

People ask my advice on what whisky to buy all the time, family, friends, strangers on the internet, and it’s always an enjoyable task for me. If you want to buy a present to impress someone, and you aren’t sure their flavor preferences, Nadurra 16 is the perfect bottle. It’s familiar, it’s offbeat, and the notes are classic yet curious. Even the cool kids who think they know TGL and claim not to be riveted by any of their core expressions are always seduced when I pour them a Nadurra 16.

I always keep three bottles in my cabinet. It’s goofy, but I do. One for sharing, VIPs only, one for backup, and one for never opening. I have to be careful, though; the last time I opened a backup was for someone I really wanted to impress. Then the cork crumbled into the bottle. Should that ever happen to you, my advice is to pretend that was exactly what you intended to happen and shout, “Perfect!”

Please keep in mind, these scores are graded on a TGL scale. It has become a bit of a mouthwash brand in these late stages of capitalism. But I have nothing but love for what remains of the Nadurra 16.

On the nose: Menthol, juicy citrus, freshly mowed grass. Vanilla wafers, slightly piney, gosh, maybe a little Palo Santo? Something that reminds me of a farm, tall grass, fertilizer. Bean sprouts. The earth and citrus notes a prominent, and with snap. There is also some artificial candy, like the cloud of steam you can’t escape outside the airport, from all those idiots furiously vaping.

In the mouth: Like a milky menthol cigarette, a Newport! There is a creamy coating mouthfeel. Old dried honey. Herbaceous; basil, mint. Lemon pepper. It makes me salivate and deserves a little water, then comes the friendlier Bit-O-Honey and lime rind.

More complex and round than most TGLs. A longer finish, a burn that dissipates into earthy geraniums. The sherry influences are faint, zero of the classical sherry notes here. The bourbon influences are only in the astringent edges. It is shy in that it refuses to reveal anything that you might pinpoint to a specific brand, region, or maturation formula. But sensorily it is not a shy dram, it is strong on the nose and attacks your mouth, top of your tongue, gums, throat and esophagus. I love a higher strength whisky that shows me who’s boss. Mostly, I love a whisky that tricks you. 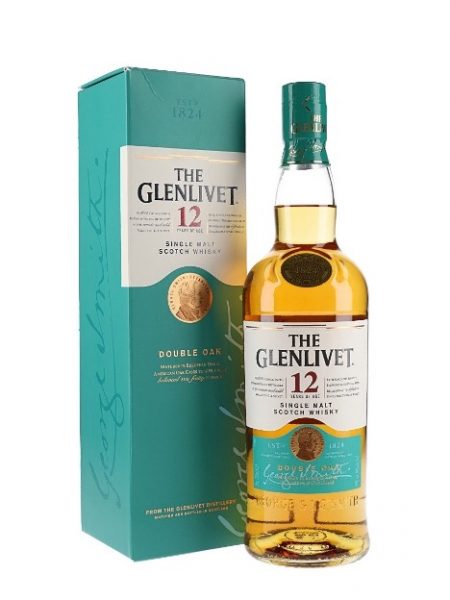