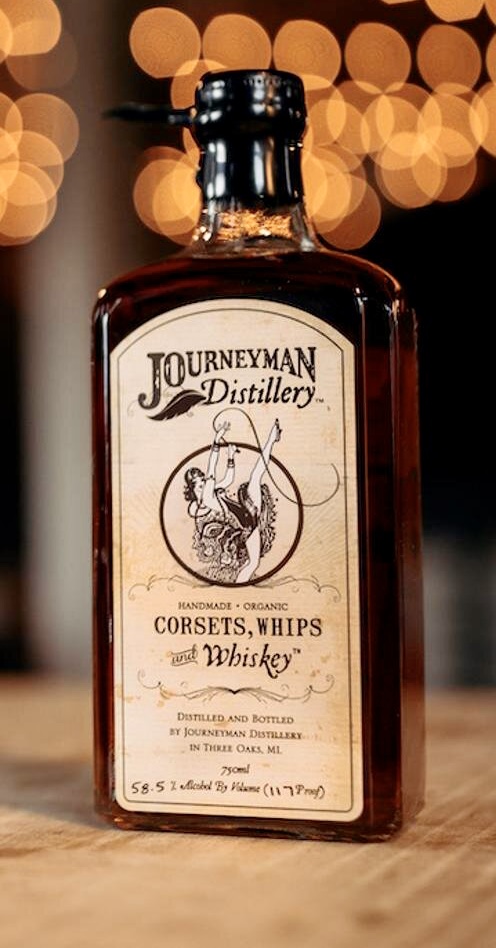 What do you do when you read a poor review of something you like, or a good review of something you don’t care for? Me, I give my best Gallic palms-up shrug and leave my commentary at “Vive la différence.” In almost any field of endeavor – and particularly pertaining to matters of taste – there is plenty of room in the world for a wide variety of divergent opinions.

You wouldn’t know it, though, based on some of the feedback we receive here on Malt. Though the Cardinal rule of the internet is “don’t read the comments,” the authors here are notified when anyone weighs in on one of the reviews. In fairness to our audience, the vast majority of responses are grateful and supportive, with criticism mostly being of the constructive variety.

However, there’s another segment of the peanut gallery that cannot countenance a judgment about a whiskey that contradicts their own. On seeing a score that doesn’t jive with their qualitative assessment, the accusations start flying. “This sample must have been flawed.” “This reviewer must have a terrible palate.” “Everyone” – always everyone, mind you – “else loves this whiskey, so this review obviously wrong.” “This score is so ridiculous, this reviewer/site has no credibility.”

Some of these have obvious rejoinders, particularly the presumption of consensus agreement about any whiskey. Setting that aside: at no point does it seem to occur to these folks that preferences and proclivities can vary significantly. Even a pair of highly trained palates can reach a different verdict, based on the personal preferences of the tasters. Again: this is fine. A disagreement with a reviewer’s conclusion doesn’t make that reviewer incompetent or imbecilic.

I’ll confess that – for as much umbrage as I take at being slandered thus – I am periodically guilty of thinking along similar lines, usually subconsciously and silently. I like to flatter myself by thinking that I reserve my condescension for those situations in which someone seems to have enjoyed a whiskey that I found memorable for it’s extra-special awfulness. I’ll notice someone comment “I tried XYZ whiskey and loved it,” and (after gagging silently at the memory of the offending dram) think, “Really? XYZ whiskey?”

In my defense, I’ve got enough humility to admit that I may not get it right the first time. Impressions are affected by environment, mood, expectations, and manifold other factors too numerous to note. In addition, whiskey changes over time. This is particularly true of craft distillers, who sometimes get their start with smaller barrels and shorter maturations than become standard once they reach their economic plateau. With that in mind, I try to remember to return in an open-minded way to those whiskeys that haver previously offended my taste buds.

My prior survey of Journeyman whiskey didn’t have me running back so much as running away from that distillery, despite it being the one closest to my place of residence. A triangulation with out-of-state relatives resulted in me heading back to Journeyman for brunch a few weeks back. Finding myself at the distillery serendipitously, and recalling some positive comments I had seen, I made a mental note to give Journeyman another shot.

Reviewing my embarrassingly large pile of samples shared by friends, I noticed that I had been gifted a Journeyman whiskey that would allow me to check this box. The name of the expression is “Corsets, Whips and Whiskey,” a reference to the historical and current products produced in the Featherbone building that Journeyman calls home. This is a wheat whiskey from a mash bill of 100% Michigan wheat.

This is bottled at barrel proof; in this case, we have Bottle 52 from batch PB-143, coming in at 124.6 proof (62.3% ABV). I am informed that this was a barrel pick from Duke’s Liquor Box of Greenpoint, Brooklyn. A 750 ml bottle retails for $63 from Chicago’s largest liquor chain, or for $70 in the distillery gift shop. This was a sample kindly donated by Keith, who once again has my sincere thanks.

On the nose: This has an appealingly creamy softness and a sweetness to it initially. There’s the uncanny scent of Dum Dums Cream Soda lollipops that brings a smile to my face. This evolves into a more sumptuous note of caramelized brown sugar. There’s a touch of sandalwood here to add some savory nuance. As noteworthy as what I smell is what I don’t: those muddy, dirty, slightly funk off-notes that are the downfall of many a craft whiskey.

In the mouth: Starts with a sweet and tart kiss of fruity hard candies. Toward the midpalate, these flavors broaden out a bit before a prickly heat and a sharp, off-bitter woodiness emerge over the crest of the tongue. Some smoky notes of roasted peppers and a bittersweet bite of dark chocolate make appearances before the whisky begins its exit. There’s a very mildly woody awkwardness on the finish, which otherwise lapses nicely into a reprise of the softly creamy aspects of the initial aromatic presentation.

I take back some of the things I thought about you all. This is tasty whiskey, with a breadth of aromas and some interesting flavor development. The sweetness and the softness on the nose make this identifiable as a wheat whiskey, but there’s a complexity to this that refutes the stereotype of wheat whiskeys as accessibly simplistic. The lone drawback is on the finish, which is haunted by a ghostly spectre of the weirdness that marred prior Journeyman whiskeys I have tasted. Perhaps I’m too sensitive to this particular note?

Regardless, this is the best whiskey I have tasted from Journeyman by a considerable margin. It justifies its existence as a craft whiskey by offering some novel aromas and flavors which are not available from more inexpensive and widely available expressions from major distilleries. As a consequence, I am happy to award this a positive score…

Well, I’ll be damned! Hopefully, this serves as a prod to some of our readership that will result in them revisiting a producer they had previously written off. More importantly, though, I’d like to once again remind everyone that tastes differ. They also change over time, as does whiskey. Before we find ourselves impugning a review or reviewer on the basis of a difference of opinion, I hope we can all reflect gratefully on the wonderful diversity of preferences in whiskey, with a corresponding breadth of styles to suit those many palates.