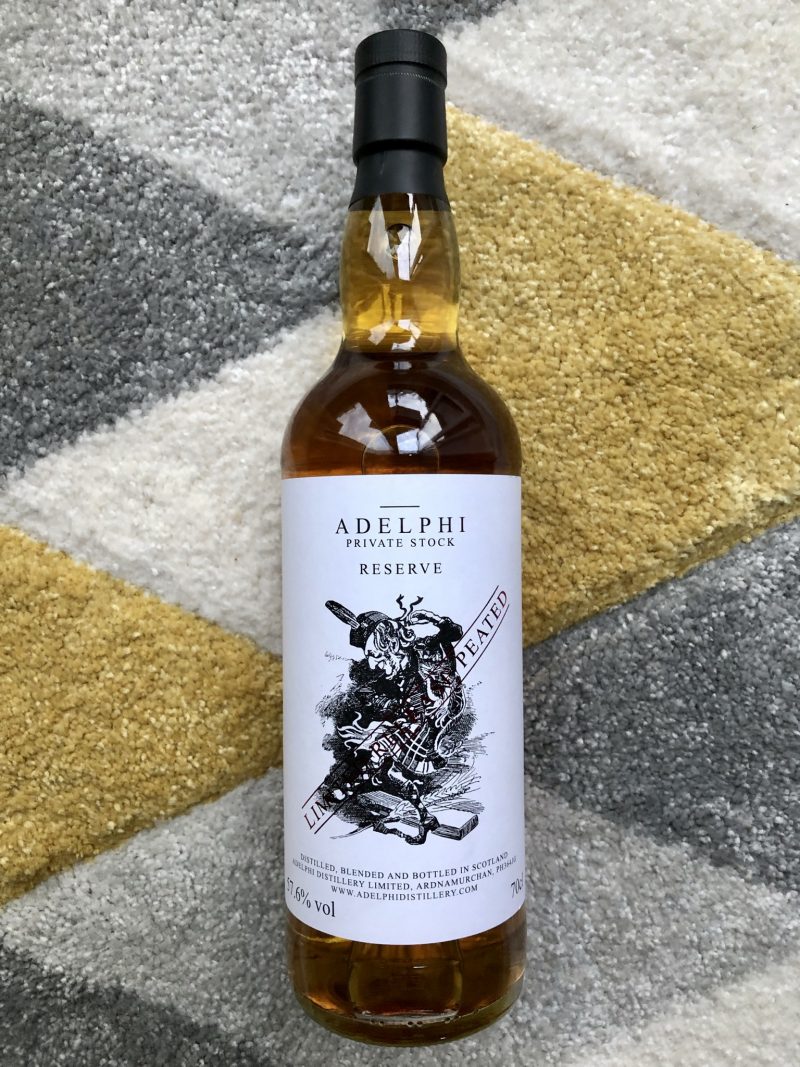 Be honest: you have a whisky collection, don’t you?

Most of us whisky fans will have bottles on our shelves that we have no intention of opening any time soon. There could be various reasons for this. You could be saving bottles for a special occasion, have hopes that they may increase in value in future so you can sell them for a profit, or you may be keeping a liquid library of bottles you love and want to have a supply of into the future.

Since flipping became such a divisive issue in recent years, there have been a lot of people shouting from the rooftops that we should open our bottles, and that whisky is to be drunk, not collected. The #OpenYourBottles hashtag crops up quite often on Twitter, and comes from a good place for the most part. However, I have noticed some cases where people have been challenged for having bottles that are still sealed.

My opinion would be that if you have ever tasted an older bottling of a whisky, or one from a distillery long since closed, you can’t really have any complaint against a person who doesn’t open every bottle in their collection. If we opened every bottle we purchased, all the whisky you could try would have been bottled in the past few years. The only reason you were able to try those old bottles was because somebody didn’t open them as soon as they purchased them, and instead decided to hold onto them. You could argue we need collectors in order for the next generations to be able to experience what has gone before them.

I recently took a trip to Edinburgh and, while I was there, I popped into The Scotch Whisky Experience at the top of the Royal Mile. Therein is housed a collection of over three thousand bottles collected by Claive Vidiz, a Brazilian man who had been acquiring these whiskies since the 1970’s before selling them to Diageo in 2006 for an undisclosed amount. It’s a fabulous look back at the last forty or so years of Scotch whisky history and well worth checking out if you are in the city.

People collect all sorts of objects that were intended to be used rather than stored. Cars are meant to be driven, but there are some who lock them away in garages for years. Stamps are meant to be used to send letters, but people put them in albums and place them on a shelf. Collecting is part of the human psyche, and some people are more prone to it than others.

For some people, collecting satisfies the need to have control over something, when perhaps other things in their life are not so controllable. Collecting can provide the thrill of the chase, or the joy of having something in your possession that other people want but don’t have. Whatever the reason, it has both positive and negative effects on people.

It can also become an issue for some individuals. The need to accumulate and not miss out on a certain whisky release can lead to over-accumulation and – in severe cases -financial problems that not only affect the collector, but their family and friends too. If you think that may be the case with you, please take time to consider what you are doing. At the end of the day, it’s just whisky.

There is one selfish side to whisky collecting that I do have an issue with and have talked about before. This is the individuals who grab multiple bottles of a hotly anticipated limited release, meaning there is even less to go around. They aren’t necessarily flipped for profit, but merely shelved, perhaps with the idea of showing off to friends and strangers a few years down the line. Some people want a complete collection of unopened bottles lined up. The whisky community is, for the most part, a very generous and inclusive place, and I think it is important to be considerate with your buying choices at times. If you collect whisky that has been sitting on a shelf for a while and everybody has had ample opportunity to buy a bottle, then I don’t see how anybody can lambaste you for not opening all your bottles.

I find collecting difficult because there is too much whisky available that I want to taste. Some people would say I have far too many bottles open, but I can’t see that changing any time soon. I’ve never come across a bottle that hasn’t withstood a few years of being open. Having said that, I do have a small accumulation of bottles I have no intention of opening for a good many years. These are mostly whiskies that I have tried and loved; I want one in the stash for the future in case the quality drops, the price skyrockets, or it disappears altogether. Deanston 18, Ledaig 10, Glencadam 10, and Kilkerran 12 would be a few examples. Nothing extravagant; just quality whiskies that I enjoy.

All this talk about collecting, and bottles that fly off the shelves in a heartbeat, brings me to the whisky I am reviewing here. Adelphi’s independent bottlings are always hot property, as is most of the output from their Ardnamurchan distillery. Although this one is “only a blend,” it succumbed to the same fate and didn’t hang around for long. It’s not really a surprise when they were selling a cask strength whisky for less than £35. It is bottled at 57.6% ABV, was limited to 906 bottles, and is aged in a combination of bourbon and sherry casks.

On the nose: Very bright, with sherbet lemon and peach fruits, along with salty coastal breeze and hot pebble beaches giving it an earthiness. There’s toffee and vanilla fudge, along with herbal notes, green tea and silage. The peat isn’t powerful, but gives it that aforementioned earthiness, along with a scent reminiscent of the exhaust fumes from a transit van sat idle. I could have just said diesel fumes, but we can be slightly poetic occasionally.

In the mouth: Nice oily mouthfeel and lots of minerality. It’s that hot pebbles thing again with the coastal salt. I’m at the beach for sure. It does have a bit of a bite at cask strength, and although still perfectly palatable, a few drops of water help keep that in check, and also brings out more lemon oil and juicy red fruits. I’m also getting heather honey, bitter honeycomb, milk chocolate and malt. There is a peppery spice on the tongue and more of those exhaust fumes, along with some wood smoke, heavily charred meats and leather. In the finish we get milky builders tea, vanilla, hazelnut, ginger and oak spice, and the continuation of the wood smoke.

If you gave me this blind, I don’t think I would have had it down as a blend, and I do think there may be a fairly high malt content. Adelphi also bottle a 40% ABV private reserve blend for around £20, which is by all accounts kept in a Solera system. Is this a higher strength version of that? Perhaps with a bit more peated malt in this mix? I’m not sure. Although the components are unknown, Speyside, Islay, and Campbeltown are the names that crop up time and again in my research.

Quite frankly, it doesn’t really matter. All I can say is this is superb, and one of the best blended whiskies I have tasted. Blended whisky can be truly excellent when done right, and not to a super tight budget like many of the readily available low-cost offerings that are more commonplace, and which give the entire sector a bad name. I paid £33.95 for this, which is excellent for a cask strength whisky of this quality. More of this please Adelphi!