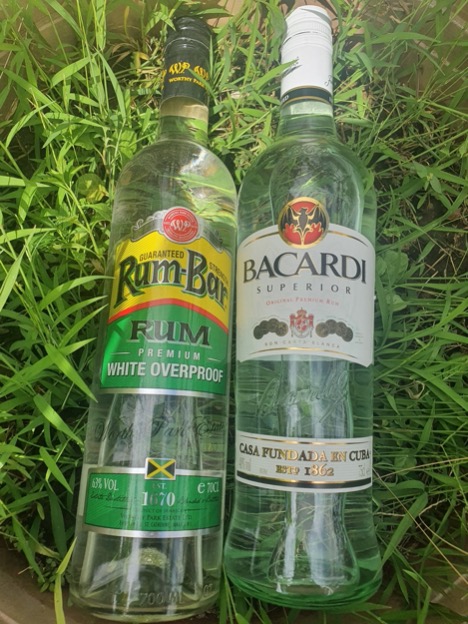 Re-watching a variety of food show episodes shot in Japan made me realize that spirits and edomae (edo-style) sushi are both misunderstood by most of their fans. I feel like the largest similarity between these two very different treats is that they’re both deceptively simple, yet can be absurdly delicious.

I say deceptively simple because, on paper, it doesn’t take a lot to make them. To make edomae sushi, you mainly need rice, nori (sometimes), and either toppings or fillings. Most of the time there’d be a bit of wasabi added and soy sauce brushed on. Nigiri are the ones with the toppings. Simply mentioning otoro sushi is enough to make most sushi fanatics drool. Maki (means roll) sushi are the rolled ones that have nori as wrappers. Toppings or fillings for sushi are usually fish. But sometimes it would be other seafood like clams, shellfish, uni (sea urchin), and squid. Despite these simple ingredients, we don’t see all of the preparation that makes these heavenly treats. Simple does not mean easy as well.

For clarity, I’m specifically using the term edomae sushi because it’s the traditional style of sushi we are familiar with. Edo is the old name for Tokyo; this is where it started during the early 1800s. There are also older forms of sushi, such as earlier fermented forms, we aren’t familiar with. I’m also just trying to make a clear distinction from American sushi, which is the other style most will most likely be familiar with. Usage of condiments such as mayonnaise and ingredients such as avocado makes it not traditional.

The misconceptions I’m referring to with sushi are the fetishization of the toppings. I think the most common one is the “fresh fish makes the best sushi” idea. Fresh fish will have a lot less flavor and will have a more chewy texture. Edomae sushi was made in the early 1800s. There was no refrigeration back then. Fish in proper sushi restaurantsare “aged” or seasoned. The technique depends on the ingredients.

Some fish spend time wrapped in kombu. This was mainly done to preserve fish, but was eventually found out to concentrate the flavors. Of course, there are types of sushi served with fresh toppings. Off the top of my head I can think of uni (sea urchin) and amaebi (sweet shrimp). I’ve been to some sushi restaurants in Japan where there were live shrimp placed on top of counters waiting to be served. There are also sushi with cooked toppings such as unagi (freshwater eel) and anago (salt water eel).

Sushi topping fetishization also makes most people forget about the rice. I think that’s due to rice being seen as more of an everyday food. Plus – aside from sushi restaurants with kaiseki courses – most establishments will only serve sushi with plain white rice. However, sushi is mostly rice after all, so it’s only right that most of the flavor comes from it. This may be hard to comprehend unless you’ve had proper sushi rice, which is vinegared rice. Each establishment will have unique provenance and quality of rice and recipe of rice vinegar.

Shifting to rum: to make a (sugarcane) distillate, you only need to mix water, yeast and sugarcane byproduct. The most common sugarcane spirit is rum. Molasses and sugarcane juice are the most common base ingredients used to make rum. Let them ferment; after you’re done with the fermentation, you distill them. Maybe you age them, too.

Speaking of misconceptions: the idea of aging in oak being entirely responsible for the flavor in spirits is surely the largest misconception. This most likely stems from the fact that a lot of readily available multi column distilled clear/white spirits like vodka and rum taste similar. By similar, I mean that vodka mostly tastes neutral, while a lot of the big brand white rum tastes nearly neutral. Vodka is classified as, and made to be, a neutral spirit, so there’s nothing we can do about that. Bacardi’s Carta Blanca, being arguably the most available “white” rum, seems to have been dubbed the representative of “white” rum, to the point that it has been called sugarcane vodka… but it’s really not. This would be like saying Johnnie Walker Black Label ultimately represents all of Scotch. But, to draw a parallel: not all Scotch, blended or not, are peaty.

As I mentioned in previous “white” rum reviews such as Habitation Velier Port Mourant, Rummieclub Overproof Batch 2, and Rum Bar Silver, there can be stark differences among white rum depending on the production process. It’s fermentation that mainly creates the flavors. The distiller then concentrates the flavors he/she wants through distillation. Better quality raw materials will make the distillate better. Generally, the factors that go into fermentation are the type of yeast(s), length of fermentation, and washback material. Whether a still is continuous or batch, its shape, and what profile the distiller wants will affect the distillate’s flavors.

Yes, cask aging will certainly lend flavors to a spirit. But the variety of flavors than oak can lend to spirits are more limited than what the steps before it can create. Plus, a pretty flavorful distillate can create an interesting blend of flavors when the flavors of the distillate and cask commingle.  Notice that I’ve refrained from using the term unaged spirits. That’s due to Puerto Rico’s rule that their rum be aged for at least one year in a neutral cask, which means the white rum that is Bacardi’s Carta Blanca is technically aged.

What I’m trying to say is: don’t let the more glamorous aspects enthrall you. Try to see the toppings on a nigiri sushi as the equivalent of cask aging in spirits. These are all well and dandy, but relying on this is like building upon a weak foundation. It is often the more quiet parts of the production process that build a category into what it is.

The vinegared rice is what I’d compare to the well fermented and distilled spirit. An otoro nigiri sushi with plain rice will surely be good. But it’s expensive. So not everyone can afford it all the time. Replace the otoro with a less glamorous fish like shad. It won’t be as good with the lackluster white rice, but a shad nigiri sushi with vinegared rice can outshine the otoro sushi with white rice. People who are too lazy to learn and/or teach about the importance of every step, which usually leads to misconceptions.

I believe the bit above is enough of an introduction to Bacardi’s Carta Blanca. After all, they already have a huge marketing arm to do all the talking (and I’m not being paid to do this). The other rum in this review is Worthy Park’s Rum Bar Overproof. I’ve reviewed its Silver and Gold siblings before. Both the Silver and Overproof are a blend of 3 unaged marques. But, despite that similarity, I’ve heard that the recipes are different. If you want to learn more about the Worthy Park distillery, read this review of their Single Estate Reserve.

40% ABV. Do you even need help finding where to buy this?

On the nose: Initially clean and creamy. The ethanol heat suddenly picks up. I mostly get an assortment of prickly citrus aromas. It’s ended by cucumber and pears.

In the mouth: Initially clean and creamy again. But unlike on the nose, the ethanol is less prickly. I also only get really light refreshing tastes of pears, cucumber and mint.

Just like the other rum I’ve reviewed meant for Daiquiris and Mojitos, I won’t give this a score. If someone wants to drink this neat, I’ll just say that this is not something for someone who wants a full-bodied and interesting drink. This is something that will be more appreciated by folks who are afraid of flavor and are happy to guzzle copious amounts of vodka.

On the nose: A bombardment of aromas. I initially get pronounced green aromas such as green apples, cocktail shrub, basil, lime peel and sugarcane juice. At the end is a flash of cream, overly ripe cherries, cacao and toffee. This mixture makes me think of Black Forest cake. The green aromas start up again after.

One can drink this neat or in cocktails. I just love the unaged rum from Jamaica. Their tendency to stick to their rum producing traditions make them stick out in the world of rum. This reverence for their tradition is returned to them by consumers who love dirty, flavorful and funky spirits.

If you’re still skeptical about how flavorful white and/or unaged spirits can be, I recommend you try this or its lower ABV sibling the Rum Bar Silver.