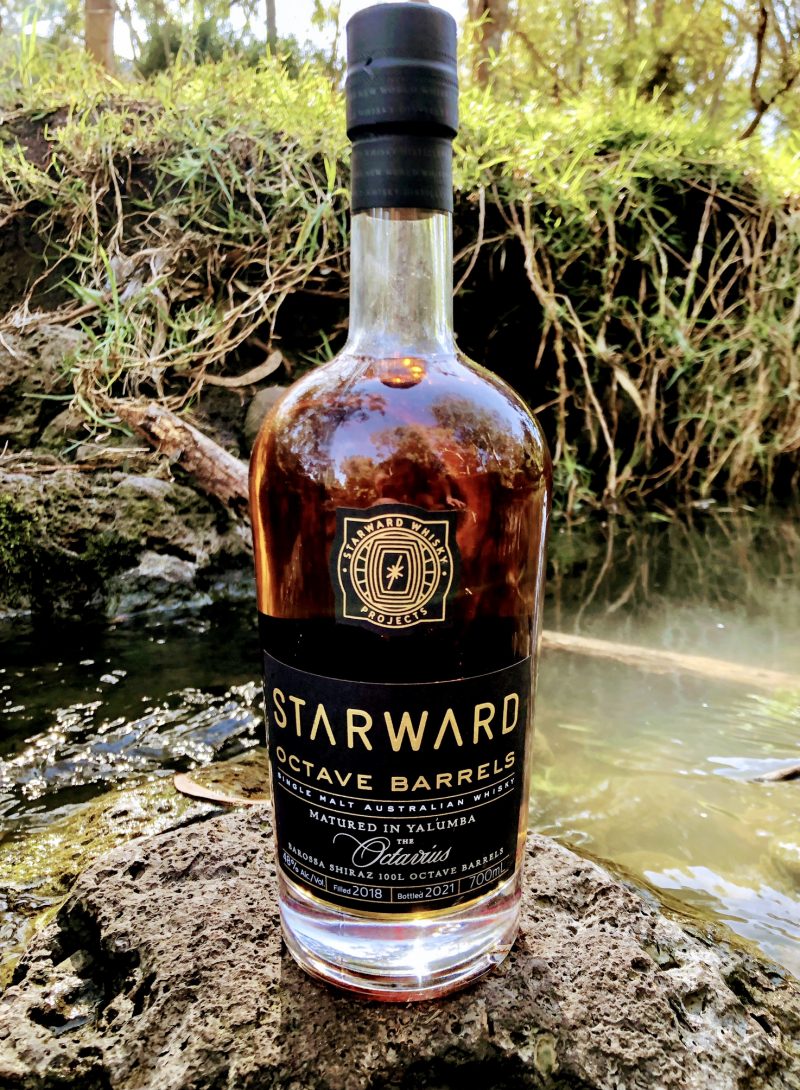 Imagine being the head distiller at one of Scotland’s giant workhorse distilleries; I’m thinking along the lines of one from Diageo’s largely anonymous stable such as Mannochmore or Teaninich.

You’ve worked your way up through the ranks of whisky production for years and take great pride in your career. Ultimately, though, 99% of what you distil is destined to form the component parts of the type of blends you’d find on supermarkets shelves, certainly not the bottles locked behind the sliding glass doors at my local bottle shops.

The highlight might be a rave review for an independent bottling from your distillery or positive notices for that year’s Special Release. Still, you might wonder what it might be like to just be allowed to play.

There are no such problems at Starward, based in Port Melbourne (which actually received an investment from Diageo-backed Distill Ventures several years ago). Starward’s founder, Dave Vitale, has given his team licence to flex their creativity with releases from the “Starward Projects” label, keeping these deliberately distinct from their core range.

I always keep an eye on the Projects releases but associate them mostly with the Ginger Beer casks that have had mixed feedback here on Malt. Such is Starward’s devotion to red wine barrels that bourbon barrel releases, which might be standard operating procedure elsewhere, are released under the Projects label.

Their latest Project release is Starward Octave Barrels, a collaboration with the iconic Australian winemaker, Yalumba. Starward were happy to tell me more about this release.

Malt: When some people think Starward Projects, they might still just think Ginger Beer Casks. Tell Malt about the origins of the Projects series, and how it differs from the core range?

Starward: Starward Projects is where our distillers really let their creativity flow. Home to some of our experiments, trials, and most interesting barrels, although most whiskies still have the Starward stamp from our wine barrel maturation. Starward Projects is a program which allows our Starward distillers to experiment with different whiskies and create flavour forward and unique expressions. Hence the wonderfully different whiskies – Ginger Beer Cask, UNEXPEATED using peated Islay barrels, and Octave Barrels, our first single winery release.

Malt: Red Wine cask aging isn’t new for either Starward or the Australian Whisky industry. What made Yalumba Wines stand out as a partner for this Project?

Starward: One of our first ever batches of Starward was almost exclusively matured in Yalumba’s Barossa Valley-made barrels. So, this is a full circle moment for us! The team at Yalumba, including their winemakers and coopers, were generous to share their knowledge on wood policy and to give us access to these casks back in 2013. This release is a celebration of not only our incredible relationship but also the provenance of these incredible barrels. This iconic Shiraz is the world’s only red wine aged in 100L octave-sized barrels. Once The Octavius was bottled, freshly emptied barrels were sent to Port Melbourne and filled with Starward’s signature single malt.

Malt: Can you give Malt readers some further information on what an “Octave” barrel is exactly?

Starward: For this release, we fully matured our spirit in high-quality American oak 100L octave-sized barrels that recently held Yalumba’s iconic The Octavius Shiraz. These barrels aged our whisky more intensely as the smaller volume created more wood-whisky interaction, allowing this single malt to soak up more of Yalumba’s celebrated The Octavius Shiraz characteristics as it fully matured.

To keep the fresh red wine taste profile, we sourced these barrels hours after they were emptied. We then charred a portion of these barrels to add some further depth to this release.  The combination of high-quality oak with wine flavours creates a distinctive whisky which is reflective of Starward provenance.

Yalumba is the only winery in the southern hemisphere to handcraft barrels in their own onsite cooperage. From oak selection to char, the Yalumba coopers have perfected the aroma, character and complexity each barrel brings to their wines.

Malt: Can you tell us the final total out-turn for this release or is this kept under wraps?

Starward: Being an annual one-off project release, there is a finite number of bottles. This red wine barrel royalty will be gone in a flash.

Malt: How often will we see Projects releases in future, and will these continue to be available from retailers overseas?

Starward: Being our distiller’s playground, there’s always something they’re working with. We will see a couple of special releases a year under our Starward Projects banner. Octave Barrels will only be available in select countries around the world.  The USA and UK are looking to get some in independent retails from early 2022. Be sure to sign-up to our mailing list to hear about new Starward releases in your region.

Thanks to Emma Day at Starward for her assistance with my queries. Despite my reservations, I had a positive experience with a single barrel Starward red wine barrel not long ago. This promises to be the ne plus ultra of the red wine barrel whisky experience. Expected retail will be $149 Australian dollars though, at the time of writing, it is not yet available to the general public. If interested, keep a sharp eye open from the start of November. For a 700ml special release bottle at 48% ABV, the pricing is more than fair.

This bottle was generously provided by Starward; per Malt editorial policy, this has no bearing on our scores.

On the nose: Soft and fruity, with stewing apples, rhubarb, plums and apricot flesh. Then ripe banana, star anise and honey. Basically, what you would hope for with this usage of red wine casks though I also get stainless steel and metal polish behind the fruits. Then further with sultanas, meringue and raspberry jam, very light on tannins. Does this all tie together successfully? I’d say so.

In the mouth: The initial thoughts are that this isn’t as strongly flavour forward as the single barrel I reviewed previously. The spirit seems still quite raw, understandable at around 3 years, though the Australian whisky industry will tell you that it isn’t a 1:1 comparison with well-aged Scotch whisky due to our climate. There’s some boiled sweets with icing sugar, red globe grapes, and candy floss. Candied orange peel and mint leaves but still that rawness of the spirit. The finish is about medium length and brings orange and poppyseed cake.

This isn’t remotely bad or even necessarily underwhelming whisky. It’s also not priced at a level where it needs to be a masterpiece, and perhaps exists more for passionate fans of Starward, or as a curio for those passionate about the Australian wine industry. I am glad Starward get to play in their sandbox and take swings like this.

I try to bring Malt readers a range of different Australian distilleries, but it’s fair to say Starward are whale-sized in an ocean with many minnows. They are capable of producing very fine whisky even if they can no longer quite be considered the cool kids on the block. With one eye on the Goliaths in the field, I’ll keep looking for the next big thing. 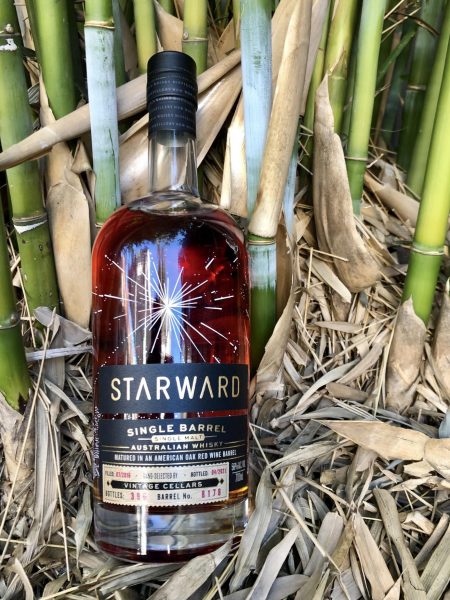