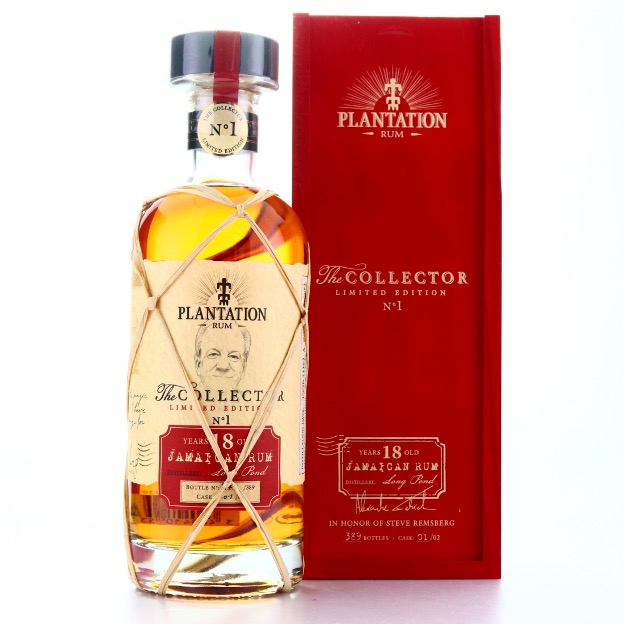 “Hypocrites are those who apply to others the standards that they refuse to accept for themselves.” – Noam Chomsky

What I love about Malt is that we haven’t shied away from discussing the different issues of the whisky industry, whether they be about baffling trends or the steady decline of a brand’s quality. But the spirits industry isn’t only made up of whisky. Since I’m the most rum-focused of the contributors, here I am to talk about more rum issues which whisky-focused drinkers aren’t usually going to be aware of.

Barbados’ Geographical Indicator (GI) battle has been going on for at least three years now. You can check my take on it if you want to read a more elaborate version. For a shorter version: the GI battle is basically between the West Indies Rum Distillery (WIRD), which was bought by Maison Ferrand and owns Plantation rum, vs St. Nicholas Abbey, Foursquare Distillery, and Mount Gay.

The latter three distilleries want to protect the integrity of Barbados rum. A couple of the core regulations they want to be put in place are: 1) Barbados rum will only be aged in Barbados. This is due to Barbados’ climate having an impact on the spirit’s nature. 2) The adding of sugar syrups and flavorings will be prohibited. Only the addition of water and caramel coloring will be allowed.

WIRD is against this. They, a foreign entity, basically want Barbados’ GI to be in their favor. For one, they’re known for sweetening some of their rum. Another reason is that they tend to send their rum to France for a short secondary maturation in ex-Cognac casks. Sweetening rum is akin to cutting corners in order to artificially make a product better. Being of different climates, aging Barbadian rum in France would mean more volume by way of less angel’s share. Bourbon being completely aged in Scotland would be the whisky equivalent of this. It would also mean Ferrand wouldn’t need to make more investments in WIRD such as bottling equipment and aging warehouse space. It sounds like it’s all about the money.

A recent video about the Barbados GI made me discuss this again. A video regarding the GI was posted by a Facebook news group called Carnevale Network, but Maison Ferrand asked them to take down the video due to copyright claims. A new video was posted by Carnevale explaining why the previous video was taken down and promised to elaborate more on the topic in future posts. Carnevale recently interviewed Foursquare head distiller and blender Richard Seale for more context on the GI.

Asking for a video to be taken down due to a copyright claim seems rich coming from them. Ferrand’s purchase of WIRD came with ownership of a third of National Rums of Jamaica (NRJ). The Long Pond and Monymusk/Clarendon distilleries are under the NRJ. It’s co-owned by Guyana’s Demerara Distillers Limited and the Jamaican Government. Not only are Ferrand trying to undermine the Barbados GI, which is like a country’s copyright, but they’re also trying to change the already set Jamaican GI in their favor. This would be the equivalent of a foreign entity trying to change the regulations of Scotch.

Aside from this issue, I had also heard of another example of copyright hypocrisy by Plantation from rum industry folks. Back in 2018 and 2019, one of the most talked about persons in the rum circles was Steve Remsberg. He’s a highly regarded New Orleans-based rum collector. This is due to his rum collection having consisted of nearly 2,000 (The Cocktailwonk said the 12,000 bottle count is a typo. It’s really only 2,000. You can see his article here. bottles dating from the 1870s to modern ones. (I say “having consisted” because Velier’s Luca Gargano bought his collection.) Steve, not being a young man and having an amazing collection, caught a lot of interest from different parties. I also heard his children weren’t interested in inheriting his collection. So, there was a lot of insensitive speculation regarding where his collection could end up.

One of the more notable parties who showed interest in Steve’s collection was Maison Ferrand owner Alexander Gabrielle. A story of him meeting Steve was mentioned. It’s claimed that AG was entrusted by Steve with a bottle of his favorite rum – the legendary Wray & Nephew 15 1937 – so that AG could recreate it. This resulted in the creation of “The Collector” a.k.a. the Plantation Remsberg. The face you see on the label is Steve’s.

I don’t know if the story above caused these rumors, but it was said Steve would be donating his collection to the Ferrand Plantation Foundation. A new facility was supposedly to be based in Chateau Roisac, France, to be open to rum enthusiasts and collectors. The foundation may have been legally set up, but a site open to visitors has yet to materialize. (The Spirits Business article was published in July of 2018. Covid really can’t be blamed for the delay. After more than a whole year, Plantation also has not undergone the promised name change for their brand.)

This has lead to speculation that it all may have been a ruse to get Steve to give away his collection. Because of how old some of the bottles Steve has in his collection, it can be said that anyone who ends up with his collection will gain more authority in rum. For example, it’s easier to believe that someone claims he/she has successfully recreated a legendary bottle from the 1930s if they own bottles of it, after all.

Despite the “At last, the magic elixir that I have been waiting for since 1972” quote by Steve from the Cocktailwonk link above, I was told by the same industry folks that Steve claims The Collector didn’t hit the mark. For me his quote above, if not a misquote, just shows how much of a gentleman Steve is. I suspect The Collector not hitting the mark is largely due to rum being composed of Long Pond rum and the ex-Cognac cask influence. Long Pond uses dunder & muckpits. While the distillery/ies (New Yarmouth and/or Appleton) Wray & Nephew come from don’t use dunder and were most likely only aged in ex-bourbon casks.

As mentioned above, Steve’s collection didn’t go to Plantation. The twist is, I was also told that Plantation had no approval from Steve prior to putting his face on The Collector’s label. It was also said they were persistent with getting him to agree. But, despite that, Steve never gave his consent.

There are guesses that this is the reason why The Collector didn’t end up being sold to the public (999 bottles were supposed to be sold). Instead, the bottles were said to have ended up with Plantation’s special friends, importers, and distributors. I have an idea, because the local importer and distributor of Plantation was invited to Ferrand’s HQ in Chateau Bonbonnet, France. There they were given a bottle. They put the bottle in the local rum bar they owned. One of the other owners of the rum bar gave me a small sample of The Collector.

Again, WIRD asking Carnevale Network to take down their video due to copyright claims seems too rich, right? I’ve heard of some arguments saying WIRD should have no right to demand the video be taken down, as any image published online is open to the public and shouldn’t fall under copyright claims anymore. (I posted this review on Ministry of Rum. An intellectual property attorney said the content being published on the internet doesn’t make it special. I find it absolutely hypocritical of them to employ the tactics above. Anything to help win their version of the Barbados GI, I guess?

According to Cocktailwonk, The Collector is a blend of the ff Long Pond marques:

On the nose: At the front, I get slightly medium and short aromas of peppers, pimento dram, slightly overripe bananas, banana liqueur, soft honey ginger candy and mangoes. In between are lighter and brief aromas of nuttiness, honey and vanilla caramel. Sometimes, the aromas of overripe bananas and pimento dram intensity a bit more. A bit of starfruit, orange peels and plums accompany them.

In the mouth: Very similar to the nose. The ethanol bite is more prickly here though. There’s a brief taste of sulfur that comes and goes. Tastes of light and short overripe bananas with a banana liqueur texture, soft honey ginger candy, pimento dram, vanilla caramel, starfruit and lemon-flavored Nerds candy envelop the sulfur. A few more sips show me the flavors I get are consistent. But the taste of sulfur keeps getting stronger.

Without a retail price, my scoring of this will be different from other reviews I’ve done on Malt. If I were to follow the£450 price tag in Rum Auctioneer, this wouldn’t even come close to being worth it. But judging the quality of this rum alone, it’s decent.

At first glance, I found the ABV disappointing. But I remembered being told that the Wray & Nephew 15 were bottled at 43%. Since AG’s story is that he was entrusted with recreating the W&N 15, he had to bottle The Collector with the same ABV as the W&N. So, I’ll give the lack of ABV a pass.

As for how short the flavors last despite being 18 years old, my mind thinks of a few things. For one, I’ve never had Long Pond rum this old. I’ve also never had Long Pond rum with ex-Cognac cask influence. The others I’ve had have been bottled at around 10 to 12 years old and aged only in ex-bourbon casks. Which leads me to wonder how most Jamaican rum do at this age. Is this their peak? How do the flavors change when they’re this old? At what point in aging do Long Pond rum start to be less funky? How much of the flavors do I get are from the ex-cognac cask influence? I also haven’t had these particular Long Pond marques by themselves.

So, my scoring of this boils down to how much I like it. I’m told that ester counts – which is the default and easy way to gauge funk in rum – increase as rum continues to age in casks. But how much these ester counts increase aren’t known due to many variables. It’s also hard to gauge how funky the rum has become when the distillate’s flavor is competing with the cask influence.

I find the funk in this rum lacking for a Jamaican rum that uses dunder and muck pits. I’m also looking for the textbook pineapple flavors found in rum that use dunder, which are not found in this rum.

The sulfur is also puzzling. I haven’t tasted sulfur in any Jamaican rum yet. Is this from the ex-cognac cask influence? I’ve also heard of cases in poorly maintained distillery equipment that the sulfur can build up at the points of copper contact. This sulfur build-up can result in the distillate taking on a sulfuric taste.

All in all, this is an okay rum. Aside from the sulfur and the context surrounding this rum, I find nothing offensive about this. This would have been a complete letdown had this been sold as a Limited Edition release, though.