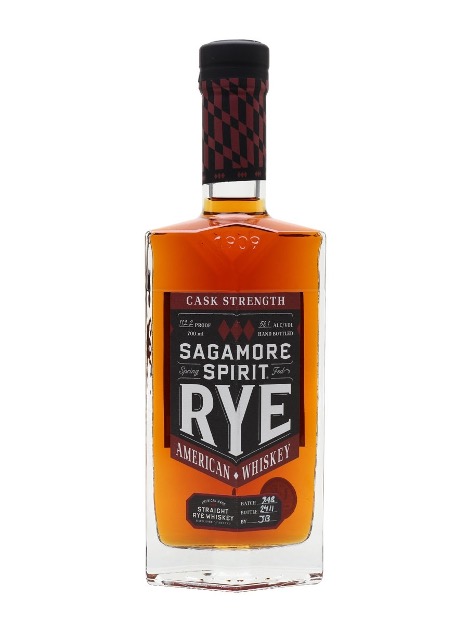 I was checking Malt’s archives and noticed Sagamore hasn’t really been covered much. So far, only their Signature Straight Rye has been reviewed here. One of those reviews is mine when I tackled it in my American Trilogy post.

Having only been launched in 2016, it’s easy to see why Sagamore is not better known. They’re a new brand amidst the American whiskey boom. This creates a lot of competition, but also opportunities for them. While new brands normally create some excitement, I don’t know how that went for them. I don’t live in America. That, plus the fact they’re owned by Under Armour’s CEO, Kevin Plank, should have gotten them a lot of press. I think it should still be, since it’s almost like a unique selling point. In addition, the owner can technically shoehorn in Sagamore whenever there are Under Armour events. Admittedly, though, the flair from that kind of news would have died out by now.

Aside from having a famous sports brand CEO as their owner, I recall them championing Maryland-style rye, but no one is sure what that really means yet. So far, there are only loose speculations as to what was in the mashbill. This Whiskywash interview with Sagamore’s president, Brian Treacy, says this style of rye had more corn in it compared to rye made in Pennsylvania. It resulted in a softer, sweeter, and less spicy profile. A profile like this should be enticing to the American palate, since it sounds closer to bourbon. I guess one of the biggest knocks on Sagamore is that the rye whiskey they’re distilling and aging themselves isn’t mature enough yet, so at the moment their stocks are coming from MGP. Which isn’t really close to Maryland.

Of course, not living in America doesn’t let me see a clearer picture of the scene. But there’s been official distribution here in Manila since 2019, so something must be going right for them. Exporting also means they’re sourcing and aging enough stock.

I’m sorry for blabbering, but curiosity is causing an itch. Part of me wonders, is there something off with the reputation of the brand? Our resident American whisky geek, Taylor, hasn’t even touched Sagamore yet. There’s also a lack of talk about it on social media.

Aside from their Signature Straight Rye, they have a cask strength version of it and a double oak. Then there are a variety of ryes that have been finished in casks. Ex-Calvados, ex-Tequila and ex-Port are some of these. It’s not clear whether these ryes finished in casks are a one-time release, or will be released again, maybe in very limited amounts?

Barring the words above, I have few other guesses as to why the brand isn’t being talked about in spite of the American whisky boom. The first is: the stocks we are drinking now are from MGP. From my point of view, American whisky aficionados are starting to get sick of MGP-sourced products. Just look at this list of brands that MGP supplies. Even so, at least Sagamore blends the rye from the two different MGP mashbills they source. Right?

Because Sagamore is currently MGP, some people wonder if their products will change when they start using 100% of their own juice. I don’t even think it’s an “if,” though; it’s a certainty, unless they copy the still shape and every other process MGP uses. This reminds me of what others said regarding Michters: is it really worth getting invested in a brand when the preview you’re getting is surely going to be different from the real product?

From my “other side of the world” perspective, the other reason could be: it’s not bourbon, or it’s because Sagamore has no bourbon. Whenever I hear of the American whiskey situation in the U.S., I often hear about certain brands going on allocation or easily flying off the shelves. Most of these brands are bourbon; I guess the sweetness of bourbon just makes it preferred by the American palate. Rye, since it has a more vegetal and spicy taste, may be less appreciated?

Today’s subjects of review are Sagamore’s Double Oak and Cask Strength. The Cask Strength is simply their Signature Rye, but undiluted. Their Double Oak is essentially Sagamore’s regular rye finished in a toasted oak barrel; sounds like a lot of brands caught the Michters’ Toasted Barrel bug. These were part of the sample pack I bought, along with the Signature Rye.

On the nose: Surprisingly not very hot, but the aromas feel tight and clumped. I get light scents of sweet corn, honey and adzuki beans. Aromas of rye, vanilla, cinnamon sticks, orange jam, dusty wooden furniture, BBQ sauce and pickles come later. In between those are chemical aromas I remember from the carpentry workshop area in my elementary school as a kid.

In the mouth: The heat here quickly increases the longer this is in my mouth, but the flavors are more open. While being enveloped with a lot of pepperiness, I get a brief, medium-intensity taste of sweet corn, rye, adzuki beans and honey. The rye and adzuki beans come back. After them are just-as-intense notes of caramelized orange peel oils, vanilla and cinnamon sticks. In between are the subtle and brief notes of pickles and BBQ sauce. At the end are things akin to what I taste when I bite into orange peels alongside notes of cloves, leather and wood.

I don’t feel this on the nose. It’s not as expressive as one would expect from a high-ABV spirit, but there’s nothing overly unpleasant about it. On the other hand, the mouth does start out as pleasant. I get typical rye whiskey notes, but less spice and more sweetness. It turns slightly unpleasant when all the overly bitter, tannic notes come out at the end.

Sagamore may want to lessen the barrel-entry proof of their whiskeys. I’m all for high-proof spirits, but work on the balance of this one. Damn.

Because it is a fairly new brand, I won’t be comparing it to the price of other cask-strength rye whiskey brands. We all know new brands are almost always more expensive compared to the ones from long-ago established distilleries like Heaven Hill and Sazerac. I also haven’t tried any of the new MGP sourced brands, so I can’t say which is better or worse. I’m scoring this on its own merits. 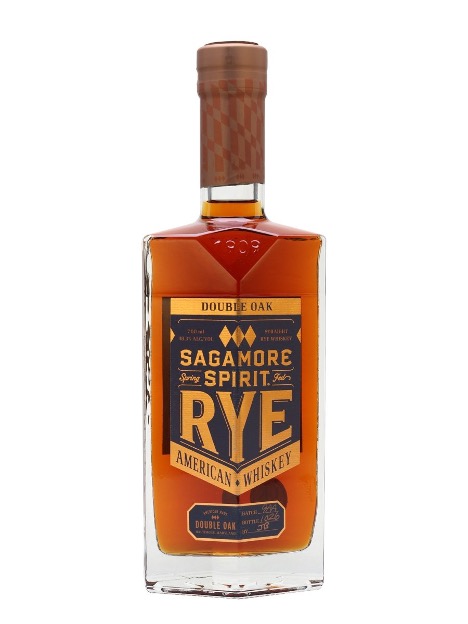 In the mouth: The tannic and bitters notes attack me instantly. I get lingering and medium-bitter tannic notes of cloves, overripe cherries, dried mushrooms and dusty wooden furniture. Behind this is a light and brief taste of sweet corn. It’s followed by just as light but slightly longer lasting tastes of honey, vanilla, orange candy, brandied cherry juice, cherry candy, adzuki beans and rye. Follow up notes of more honey, cherries and orange appear at the end.

Like the Cask Strength, this also has a lot of bitterness to it, but comparatively less. This one’s nose is also less bitter and tannic than in the mouth. The fruit notes are more expressive – or, rather, less repressed – on the nose.

I guess the toasting and lower proof helped in this arena. American whiskey finished in toasted barrels isn’t something I have a lot of experience tasting; the only other one I’ve tried is Michters. Consequently, I don’t know how it affects the spirit. Maybe it just adds a different profile, and a layer of American oak? The low ABV will also have reduced the very strong oak influence. These factors might have added complexity compared to the regular Signature Rye and the Cask Strength. Similar to the former bottle, I won’t be comparing the price of this to other toasted cask finished rye whisky. Again, on its own merits…

Images courtesy of The Whisky Exchange.