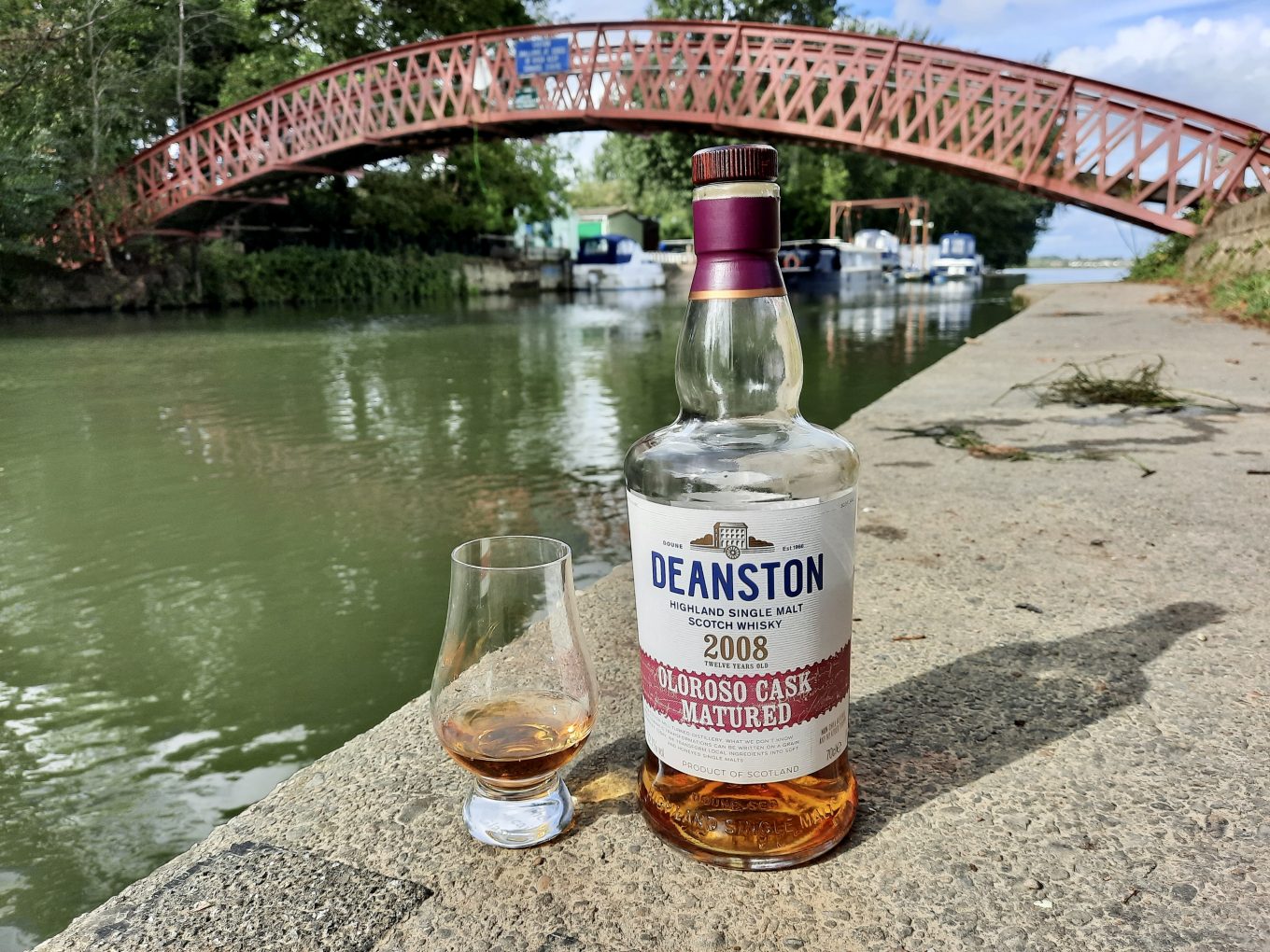 School PE lessons were, on the whole, pretty grim affairs for me growing up. I wasn’t popular, pretty weak, and a bit lacking in the hand-eye co-ordination department, so they were lessons I endured rather than enjoyed. The best times were the few weeks when we played cricket in summer, which was the only sport I ever played for a club, so it was an opportunity to get some revenge for humiliation suffered through the winter months!

A lasting memory comes from elsewhere in the PE curriculum, an activity reserved for a bleak and rainy day: the bleep test. It started sedately, with plenty of time to saunter across the width of the hall before the next bleep sounded. Gradually though it sped up. Soon we were jogging, and the most unfit were already dropping out (including those who had already tried to excuse themselves from the lesson with forged sick-notes and tales of forgotten kit).

The jog across the hall became more of a full-on run, the numbers dropped further, eventually it became a sprint, and only two of us remained. So close to actually winning something, I hung on in there and kept going until I was the last runner, but without competition, I could keep going no longer. The bleeps were relentless, there was no way of maintaining such a pace. I’d reached my limit, and hit the floor a crumpled, sweaty heap, gasping for breath.

My whisky journey has felt a bit like the bleep test of late. Whisky buying has become a lot more competitive; you have to be quick off the mark to bag a Springbank or anything as popular. Also, as I’ve gotten more and more into whisky, it’s been harder to keep up with the number of whiskies that I’d like to buy, or even just have a try of.

Over the years I’ve discovered an increasing number of distilleries I like, and I’ve also enjoyed many a release from an ever-expanding horde of highly competent independent bottlers. As a result, the regularity of new releases I’m interested in seems to have sped up exponentially. Bottle splits and dram purchases have become regular occurrences, but in the end, I just have to deal with the FOMO and accept that I can’t have them all. Or else, bankruptcy, alcoholism and irreversible liver damage would await!

Mid-September through October seems to be one of the worst times for the feeling of helplessness in the face of countless new releases. Festival season in the Spring is just about as bad too. In the last month or so we’ve had wave after wave of outturns from independent bottlers (Watt Whisky, Cadenhead’s, James Eadie, North Star, Thompson Bros., and Carn Mor, to name just a few) as well as a plethora of special releases from the distilleries themselves, with Springbank and Diageo’s Special Releases garnering the most hype, as per usual. The bleeps as whisky related messages hitting my inbox have come thick and fast.

So far this Autumn, despite the barrage of new whisky announcements, I’ve been on my best behaviour, and taken a breather from whisky buying. I’m determined not to allow my whisky collection to keep growing in size and to practice some self-restraint. Through the last 18 pandemic-filled months, I’ve been fortunate to have steady work and reduced expenses, so bottles have been coming in at a rate much faster than I can finish them (even when sharing drams around friends). Seeing as drinking more wouldn’t be recommended, the only solution is to buy less whisky. It’s been liberating to stop chasing after new bottles I want and to focus on enjoying what I have already instead. My bank account is starting to feel the benefit too.

In light of this, it was something of a bonus to be contacted by Taylor and offered some Malt Patreon funds to purchase a bottle of whisky that I’d been interested in but had felt unable to buy. Naturally, my list of such of such bottles was pretty long, but there was one set of releases that had been nagging away at me.

Early in September, before the rest of the Autumn outturns had arrived, Distell got the ball rolling with their own set of limited releases. Deanston, Bunnahabhain, Tobermory, and Ledaig all featured, each with their own variations in maturation, offering something different to what is found in the core range.

I’ve had a mixed experience of such releases in the past, finding some to be overwhelmed by the finish (the Palo Cortado finished Bunnahabhain springs to mind!), but I’ve seriously enjoyed others, especially those from Deanston. On a visit to the distillery last year, I came across a 2003 Vintage Fino matured organic release that was simply sublime. So, in this current release, it was the 2008 Deanston that got my attention, especially as it was the most accessibly priced with a RRP of £80. It’s bottled at 52.7% ABV and has been matured exclusively in ex-Oloroso casks.

It has a lot to live up to, as do all Distell limited releases, because the core ranges of the respective distilleries are amongst the best on offer. The Bunnahabhain 12 remains a classic, and the Toiteach A’Dha is an enjoyable sherried and peated release. The Tobermory range is my least favourite, but the Ledaig bottlings from the same distillery come highly commended, especially the 18 Year Old. Deanston too has a noteworthy core range, with the 12 Year Old well-received, and the 18 Year Old my favourite bourbon matured distillery bottling from anywhere, full-stop! All in all, this Deanston limited release has high standards to meet, especially as the 18 Year Old can usually be bought for less money.

Whilst this whisky is very different to the core Deanston expressions thanks to the Oloroso casks, this is hardly an unusual release, as there is a steady stream of sherry influenced Deanston whiskies released through the distillery each year (in amongst cognac, brandy, beer and wine cask releases!), and Deanston appears frequently in independent bottlings too. I’m hoping that this will be a good example of such a release; only tasting it will tell.

As I’d received this whisky thanks to Malt, I’ve shared it widely, and it was sampled blind as part of a small tasting with friends. The tasting notes that follow are my own, but enhanced by the influence of that group experience.

On the nose: Punchy. Raisins, singed on the outer crust of a fruitcake, hints of sulphur, tobacco, and leather. With time and water fruits come forward, plum, spiced apple, and cocoa nibs.

In the mouth: Bold. It starts with a full whack of sherry, milk chocolate, dried fruits, and orange peel. Gradually, honey, dark caramel and grassy notes poke their way through, but there’s only glimpses of it amongst the dates and sultanas. There’s some nuttiness, and a slightly oxidised metallic note too. THIS IS A WHISKY THAT ANNOUNCES ITSELF WITH CAPS LOCK ON, before water helps calm it down.

This is a feisty dram, certainly not for the faint hearted, and it’s hard to believe it isn’t stronger than 52.7%. Tasting blind, there were a number of guesses that it was Bunnahabhain, another forceful spirit. It’s been open for 6 weeks now, and I’ve gone back to it periodically, but there is no sign of it calming down as yet. I find that I need to add water and give it plenty of time in the glass. When this is done, the whisky improves markedly, bringing forth more layers, fruits, and chocolate. It’s worth the effort, but it makes enjoying a dram of this whisky very labour-intensive indeed!

I’m rarely in the mood to conduct what feels like a chemistry experiment in order to improve a whisky. Surely some of these rough edges could have been dealt with before bottling, by lowering the ABV further (although that would lose some of the high abv kudos from those who seek only cask strength whisky) or by simply allowing the whisky to mature for longer.

That being said: despite its flaws, this is a decent dram. Whilst the sherry cask influence is powerful, and verges on being sulphurous at times, there is still some Deanston grassy character able to force its way through.

The more I try of the Distell limited releases, the more it seems that all caution is thrown to the wind and the cask influence is allowed to run riot. Maybe, they’re trying a bit too hard to create things that stand out from the core range, or even the rest of the market. It results in bold and flavourful bottlings, but as a result it can seem a bit heavy-handed. I’d recommend trying a sample before committing to a bottle (if you can), especially with the more expensive Distell limited releases, as they often fall into the love them or loathe them category, depending on your preferences.

If you want consistency and reliably good whisky, then you need not look beyond Deanston’s core range. The Deanston 18 Year Old is a more balanced and approachable whisky, and if you prefer a sherry cask finish, then in the Distell portfolio, Bunnahabhain is your safest bet. Deep down I knew this before buying this limited release, but this kind of truth can seem too sensible, even boring at times, and the lure of something new and different is hard to ignore. In the end though, like so many of the new releases that might catch your eye, this Deanston is pretty good, but that’s all. There’s nothing to fear missing out on.

Whisky as an interest or hobby should be fun and enjoyable, not overwhelming and all-consuming. So, if you’re struggling to keep up, rather than trying harder, I wholeheartedly recommend taking a break before you run out of steam. Unsubscribe from shop and distillery email updates, stop checking Instagram, and take away the incessant bleeps that create FOMO you simply don’t need. It’s not possible to keep up with all of the new releases; it’s only whisky, and there are plenty more important things in life.