Being a fan of blended malts, I’m easily attracted to any new brand I can get my hands on. I’ve lost interest in Compass Box ever since their prices started hiking while the quality of their limited editions started dipping. Douglas Laing’s Remarkable Regional Malts has quenched that thirst.

I’m usually willing to try new things at the right price. Wemyss was put on my radar thanks to my friend, Johnssen Li, who started importing in very small quantities a few years ago. He let me try samples of their different expressions. Their Hive Batch Strength Batch 1 was love at first taste. As a result, when he started importing Kingsbarns single malt, I was intrigued. For those who don’t know, Kingsbarns is a single malt distillery started and owned by the Wemyss family in the lowlands of Scotland.

We were fortunate to recently have had a virtual tasting session with Kingsbarns’ distillery manager, Peter Holroyd. The distillery got its name from its location and history. Kingsbarns is a small village in Fife wherein the kings of Scotland would store their grain. The distillery started operating in 2014 and filled its first cask in 2015.

One of the things I love about new distilleries is that they’re more likely to be owned by smaller entities, meaning they’re more likely to be open about their production processes. The more information revealed about their production process, the more I can geek out. All of the barley Kingsbarns uses are locally grown. The variety of barley they use is called Laureate variety.

They use four stainless steel washbacks for fermentation.  Anchor and SafWhiskyM1 are the  types of yeast used to promote fruitiness in their spirits. Fermentation lasts for around 75 to 120 hours. Some batches last longer than that. The resulting ABV of the wash is around 8%. They choose to have a clear wort. Its appearance is described as almost lager-like. According to them, a clear wort produces more esters. Esters usually mean more fruity flavors. Cloudy worts result in a more nutty flavor profile.

Currently, their stills are run seven times a week. It sounds like they’re only running it once per day and employing slow distillation. The whisky is double distilled in pot stills that use shell and tube condensers. Currently, their production has increased to around 200,000L of spirits per year. This helps them fill an average of 34 casks per week.

Being a new distillery, I asked Peter if they were planning on employing uncommon practices in Scotch such as malolactic fermentation, using backset, or wild fermentation. I thought of malolactic fermentation, since they already use longer than usual fermentation times. I considered backset – a.k.a. “sour mash” – since I don’t know of any single malt Scotch distilleries that use the technique. Wild fermentation occurred to me, since all their barley are locally sourced. The wild yeast of the area would be more familiar with the barley. “What grows together goes together” comes to mind.  I was hoping they’d do some experimental production processes in order to set themselves apart from other single malt distilleries. But, he said there are no plans. And that their aim is to achieve a consistent profile, which they’ve created.

Today’s line up are Kingsbarns’ new make spirit and Dream to Dram. The new make is labeled as “spirit drink” since Scotch regulations require a cereal grain-based spirit be at least three years old before it can be counted as a whisky. 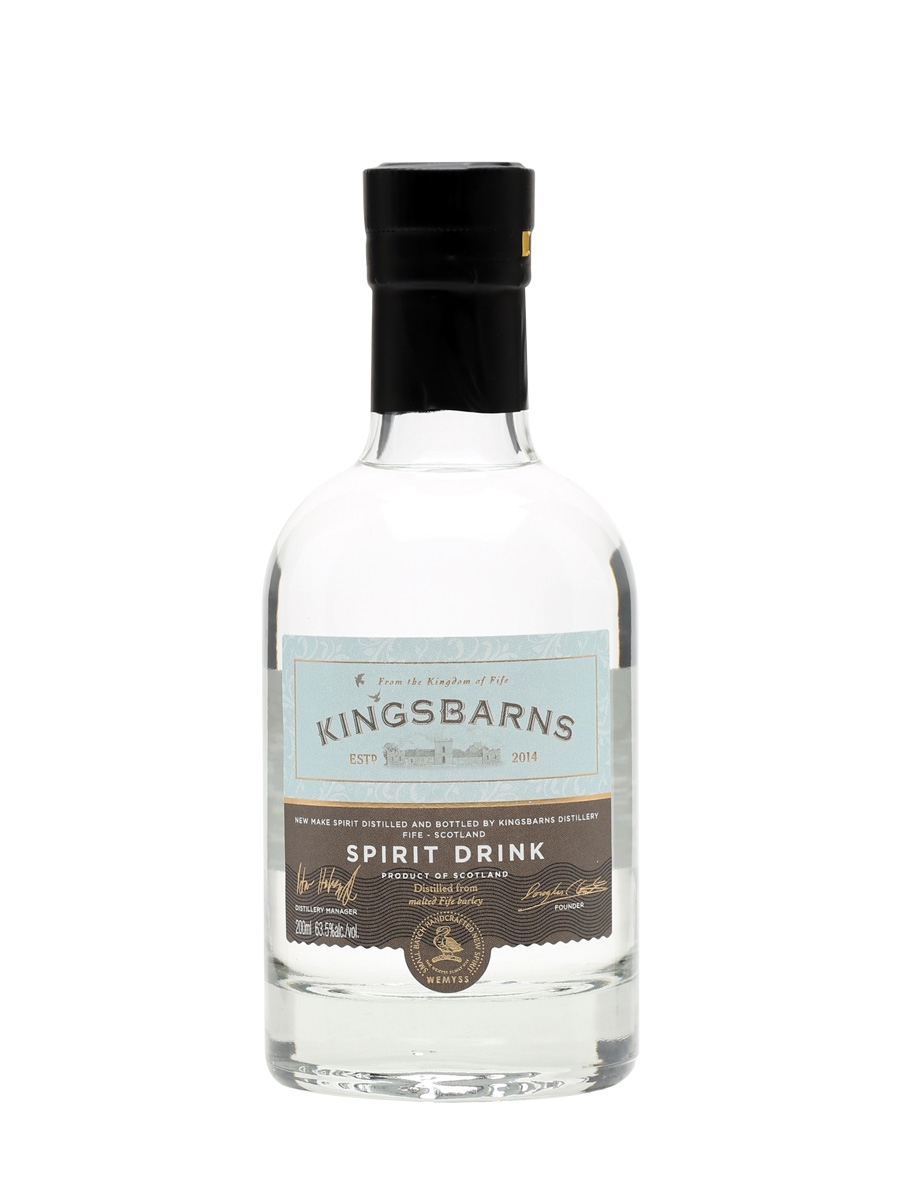 On the nose: Really hot and enveloping with some fruity sweetness. But this was expected due to the abv and not being cask aged to mellow down the spirit. I initially get the medium aromas of pears and a baby finger banana. It develops into jackfruit, ripe bananas, and a bit of mint.

In the mouth: The fruity sweetness is initially more evident. Slowly, the ethanol heat builds up but it’s not as hot as on the nose. However, the flavors don’t evolve. I get medium notes of pears, cooked pears, jackfruit, and banana-flavored candies. At the end are a subtle sweet and earthy ginger-y taste with something that makes me think of roasted dandelion tea.

Aside from Glenfiddich, Penderyn, and Raasay peated new make spirits, I don’t have much experience with single malt new makes. I feel like I don’t have the authority to say this is good or bad, but I like this profile. It’s fruity sweet with a bit of an earthy finish.

Kingsbarns’ Dream to Dram is a single malt composed of whisky aged for at least three years in 90% first-fill ex-bourbon casks from Heaven Hill and 10% STR (shave, toast, rechar) Portuguese ex-red wine casks. According to Peter, the ex-bourbon casks currently used by Kingsbarns are all from Heaven Hill. Using STR made me ask whether Dr. Jim Swan consulted for them. Peter confirmed it. 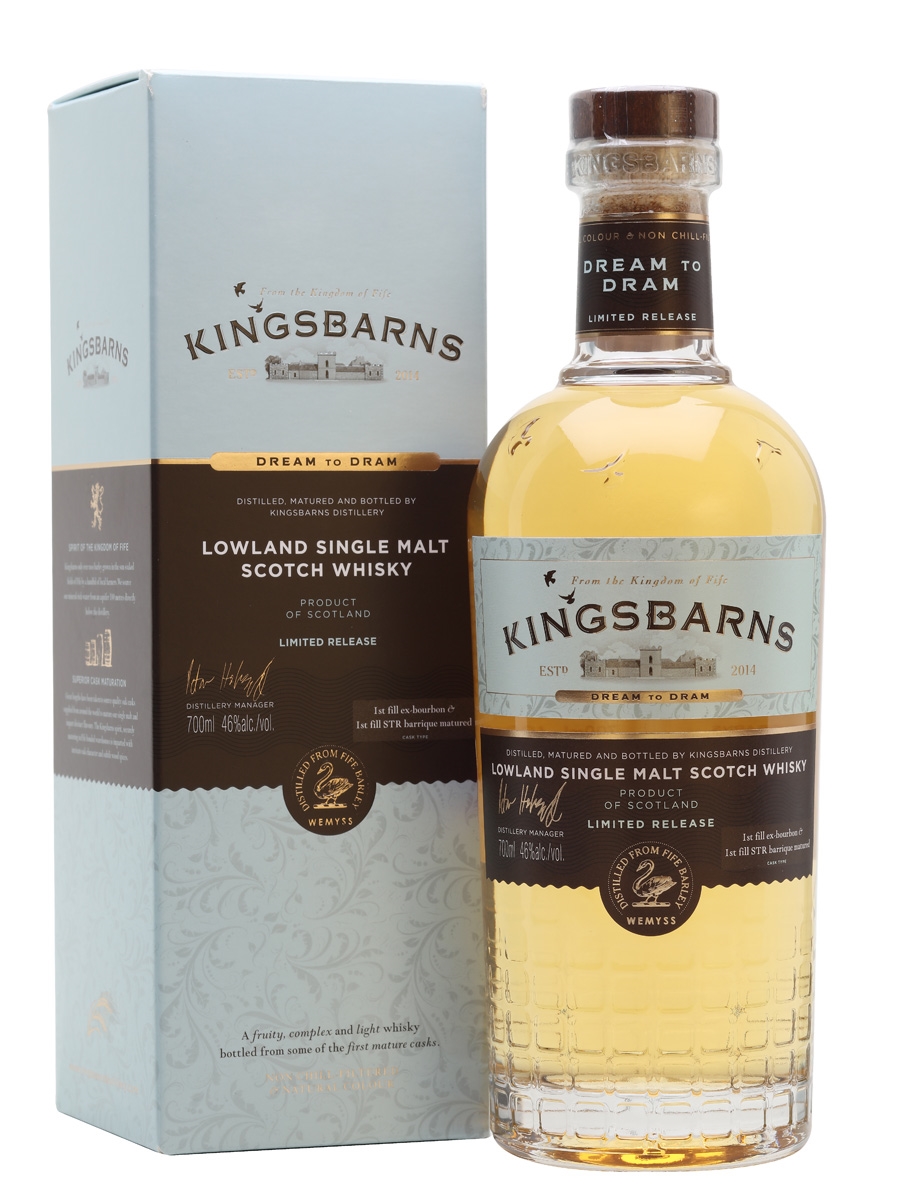 On the nose: I immediately get a light and refreshing ethanol sensation. This is followed by light aromas of overripe bananas, dried apricots, pears, and papaya. In-between these are sharp and brief notes of starfruit and sapodilla. There are also underlying aromas of cinnamon, toffee, and honey. The starfruit aromas become more pronounced later while giving off subtle honeydew melon notes at the end.

In the mouth: The ethanol bite is just as intense as on the nose. I get slightly medium notes of lime peel, Thai limes leaves, starfruit, and a light whimper of honeydew melon. There are flashes of sapodilla in-between. Blurred tastes of honey, salted caramel, toffee, cinnamon, and winter melon tea. Like on the nose, starfruit notes become pronounced again.

Quality matters more to me now than age, as I’ve had worse older whisky. Others might take issue with how young and expensive this is, but this is good whisky. The ethanol sensation is inoffensive despite the ABV and the youth. I like the potential of this. Hopefully when this ages more, the flavors become more clear. They taste like a jumbled mess at the moment. 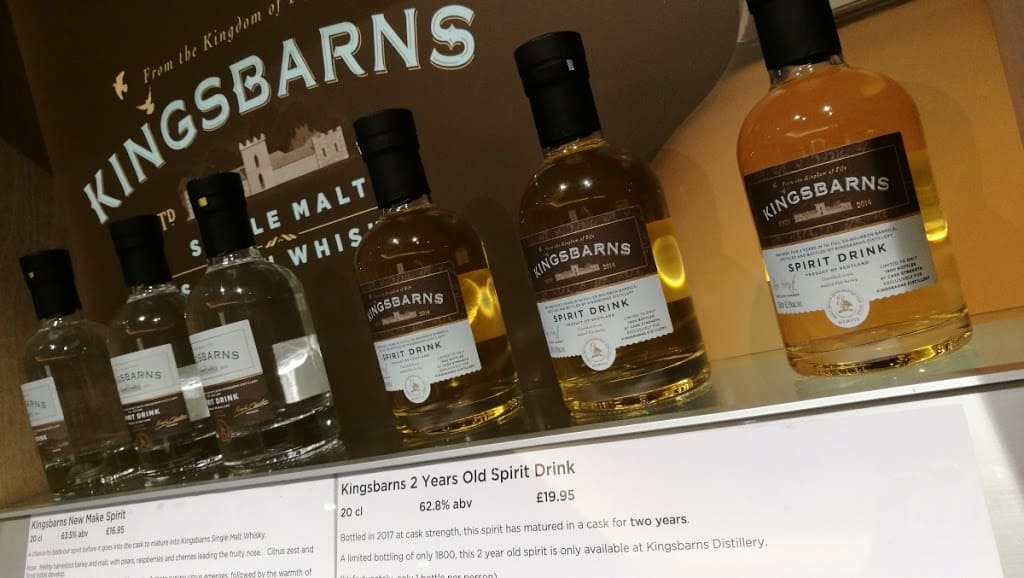