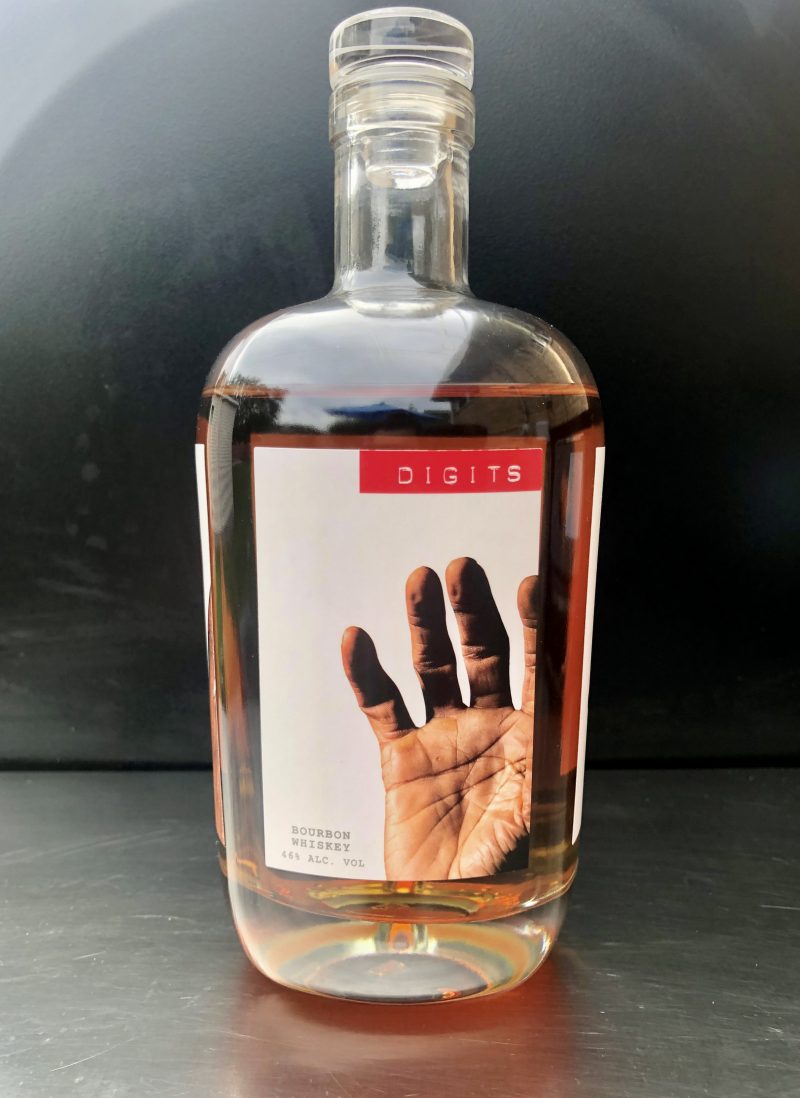 I love whiskey. I love basketball. In fact, if you follow me on Twitter, you will probably find more basketball talk than whiskey talk.

Whiskey Twitter is boring and old, with all due respect; reluctant to change and currently filled with many Skip Bayless wannabees who will play devil’s advocate just for likes and retweets. Some would say it is very much like the media tour that Scottie Pippen went on for this bourbon. The man deserves to speak his mind, but many found it interesting that the hottest of those takes seemed to come as he launched his bourbon collaboration.

The collaboration is a good one on paper as well. Scottie Pippen partnered with David Phinney of Prisoner Wine fame. That wine was a blend of wines with which he was very successful, and now David spends his time with Savage and Cooke, where he and Scottie blended Digits. Like many basketball rosters: it can look good on paper but what does the chemistry and blend perform like?

To start someone needs to get the announcer the correct starting lineup. From the website:

“Each barrel is hand-selected for it’s unique attributes by Dave & Scottie. The youngest Bourbon in the blend is five years old. The barrels were sourced from Indiana and Tennessee and aged at Savage & Cooke on historic Mare Island.”

Awesome that they were aged near San Francisco on Mare Island, as it brings some regionality to the story of otherwise familiar distillate. The back of the bottle only claims that the whiskey was “Distilled in Tennessee” as you can see in my pictures. Not a huge deal, but blends from a man known for his blending would be awesome. It would also be nice to know how much time the blends spent on Mare Island.

Were they a one and done? OK, sorry. That will be the last basketball pun. I think.

It is time to pour it into the glass and take in what the 6x World Champion and Olympic gold medalist has come up with. Now, before I did this review, I did have to remove some of my assumptions and bias. Writing reviews isn’t easy. Do we care about the story? Does it only count if we like the story? Shouldn’t it just come down to the whiskey? Should I consider the celebrity involved? Should I wonder about who this whiskey is aimed at and if it delivers for them?

I grew up in Chicago. I love the Bulls and Pippen. Scottie Pippen was my dad’s favorite player. My dad always told me to watch him; my dad didn’t drink whiskey, but he loved Pip. The Scottie Pippen media tour meant nothing; he’s a grown man. He is entitled to say what he wants but here we are 5 months later, and some things are proving true, especially to “afficionados.”

Whiskey nerds are very weary of celebrity whiskies. The media tour certainly raised some eyebrows. Were the things being said simply to push this bourbon? Was Scottie a true bourbon lover? As I write this in November there are more things in the news concerning Scottie Pippen and his takes on the most beloved figure in all of sports. Are you surprised that he is also selling a book now?

As stated earlier: I don’t begrudge anyone the right to have an opinion and share it. However, when it comes out only at times that you have something to sell, then I believe people have a right to be wary. I think the saving grace here is that Savage and Cooke have a knack for blending. So how did it do? 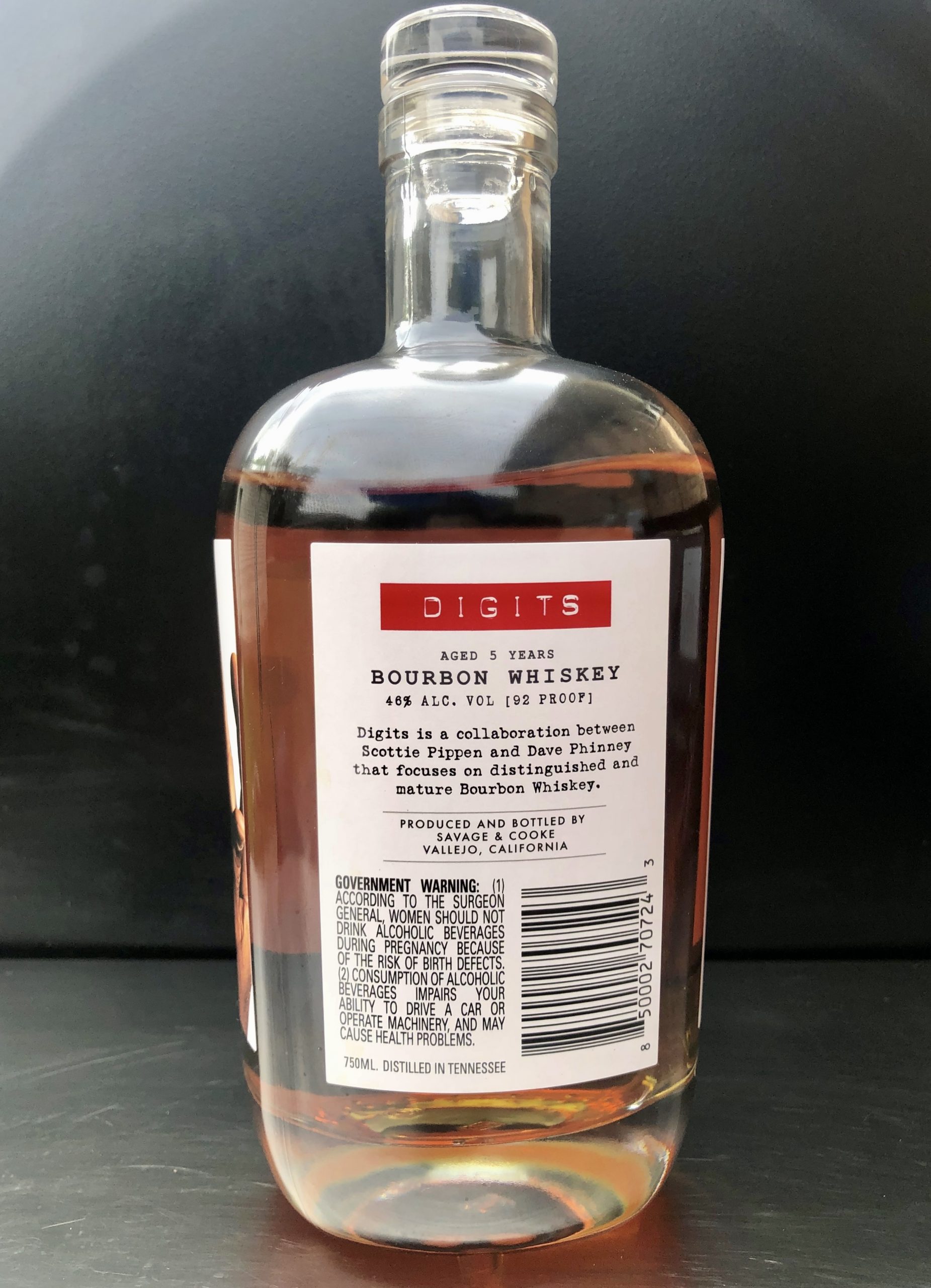 On the nose: Good and pleasant surprises. Surprisingly sweet cinnamon, gingerbread, peach cobbler. Not quite Christmas, as the sweet smells of baking outdoors come to mind.

In the mouth: Mesquite; a flavor I haven’t quite experienced since the Wild Turkey product Longbranch. Burnt apple pie, but in a positive way. It’s enough where a char covers the sweetness of the apple pie but not in a bitter way. As we move to the finish the mesquite runs throughout, which is a sign of a good blend to me. Consistent from start to finish, unlike Scottie’s takes. Spices, minerals. The lower proof helps here where a higher proof might be too astringent.

I wrestled with this one. At a retail price around $70, it certainly is not in the league of bourbon heavyweights you should consider like Bookers, Peerless, and even the new Pursuit United. I was able to grab this on sale for around $55, and that price is where I think it belongs. I have even seen this on clearance in some grocery stores in Chicago for considerably less. That is where I think that some Bourbons do a disservice to the whiskey community; by charging more you might be inviting a drinker newer to whiskey to expect this is what $70 bourbon should taste like, and it doesn’t. In today’s market it definitely belongs in the $40-and up-category, which means that it is a very good whiskey. It’s just not as good as Scottie and David think it to be.

Recently there was discussion if Scottie Pippen would have been as loved had he been drafted by another team and been their star. Would he still go on to have a hall of fame career and make the NBA top 50 of all time? My answer is undoubtedly yes.

If this bourbon was released at $40 without the Pippen media machine and just S&C behind it, would it make the top 50 bourbons you should buy? Probably not. With the association to Pippen, does it make for a better story and enjoyment? Yes.

This is the time I really enjoy Malt and the opportunity to discuss price which so many websites do not. It really is the deciding factor here in my score.

P.S. If you are Scottie Pippen fan, bump up that score to 6/10 for those 6 World Championships, my friend. 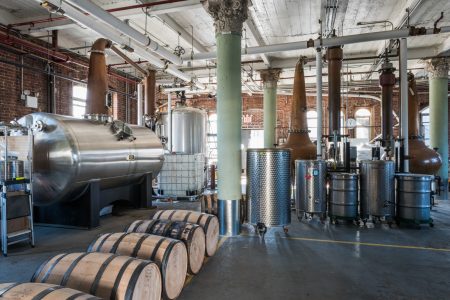