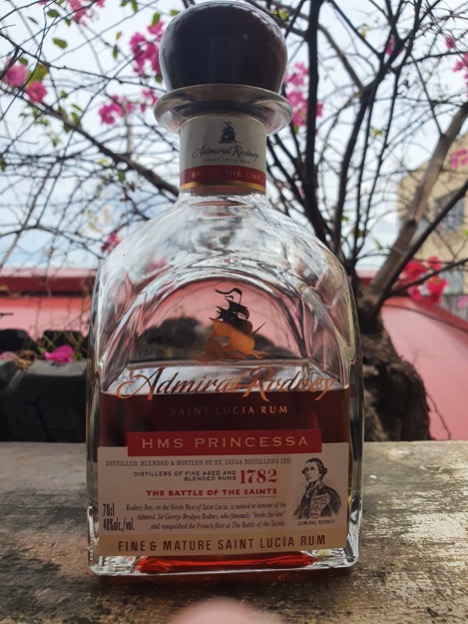 In a previous review I talked about one of St. Lucia Distillers’ (SLD) most-available basic expressions, the Chairman’s Reserve Original. This time, I aim to cover less basic and lesser-known expressions from the distillery.

How the shape of a still affects the distillate’s flavors is something the whisk(e)y industry barely discusses. This is understandable as most single malt whisk(e)y distilleries tend to have only 2 types of pot stills. There will always be at least one wash still and one spirit still. Most distilleries will have more than one of each, but they will usually be the same size and design. As a result, there wouldn’t be much to discuss. At the top of my head, only the Loch Lomond distillery currently talks about this. They have an uncommon straight neck pot still to go with their traditional pot still. On top of that, they also have two different types of continuous stills.

SLD has four different stills. Their John Dore (JD) #1 and John Dore #2 are double retort pot stills. They have a Vendome hybrid and McMillan Coffey stills. Double retorts are common throughout the Caribbean, Jamaican distilleries such as Appleton, Hampden, Long Pond and Worthy Park use these. Foursquare and Mt. Gay in Barbados have these as well. If you’ve been dabbling in rum, then you’ll know from the examples above that full-bodied and/or funky rum can come from those stills.

The Vendome hybrid still has a pot and column with nine plates. With hybrid stills, you can usually configure the still’s settings depending on whether you want to use the part with the pot only, or with both the pot and plates of the column. This means you can configure the setup to produce more than one type of distillate. But so far, it seems like SLD only uses this to produce two types of rum: one is molasses-based, while the other is cane juice-based.

Lastly, SLD’s oldest still is the McMillan Ltd. Coffey. The distillery uses this still to produce three styles of rum. Their light rum comes from the highest of the plates. Yeast A is used to ferment the molasses that is used for this style. Yeast type B is used to ferment the molasses wash designated to be distilled through the medium and lower plates of the column. The rum that comes from the lower plates is heavier in flavor.

The SLD products I’ll be talking about today are their Chairman’s Reserve Forgotten Cask and Admiral Rodney HMS Princessa.

SLD’s Admiral Rodney range is made up of rum purely from their McMillan Coffey still. Admiral Rodney was an English admiral who famously “broke the line” and beat the French fleet at the Battle of the Saintes in 1782. The HMS Princessa was one of the first ships to engage in a battle with the French.

This is a blend of medium and heavy column-distilled rum. They’re aged for five to seven years in ex-bourbon casks, then spend an additional two years in ex-port casks. Thanks again to The Cocktail Wonk and SLD’s website for supplying the information.

On the nose: Initially lush, with aromas of berries and red fruits brought by the ex-port cask influence. At the front is a big and quick slap of ethanol. After that are light and thin aromas of red currants, raisins, dried dates, honey, and ripe plums. A bit of turpentine, leather and acetone come out after. But they’re quickly followed up by muscovado sugar, crème brûlée, vanilla caramel, and more honey.

In the mouth: Initially, this is a lot sweeter than on the nose. The fruitiness is also much livelier and shows more body, but the flavors quickly fall off while ending with a more round texture. In this fallen-apart mouth texture, I get the same confectionery notes from the nose. Muscovado sugar, crème brûlée, vanilla caramel, and honey. In-between is also an off taste of something I can’t pinpoint. An image of rubber gloves comes to mind, but it’s diluted and brief.

Thin and inconsistent aromas on the nose, but it holds itself together much longer than in the mouth. In the mouth, it’s much more expressive. But I feel like showing that much spirit from the start took away its vigor much faster.

If you’re not paying attention to this one, you may not pick up the off taste I’m talking about. In conclusion, this makes for an easy drink. Anyone who prefers drams like The Glenfiddich 15 Year Old will surely appreciate this.

In my opinion, the price is a little prohibitive. I don’t find this to be worth it at either of the prices shared above. Maybe if the ABV was increased to 46% I’d find this more enjoyable and worth it. The only reason I bought this was due to how rare it is to encounter well-aged pure column-distilled rum from former British colonies in the Caribbean. The only other regular expression of a rum I can think of is Antigua’s English Harbour 5.

Chairman’s Reserve The Forgotten Casks is said to be just an older version of the Original. Instead of an average age of five years, the rum in this blend is made up of six-to-eleven-year-old stock. This expression’s name stems from a fire the distillery had on May 2, 2007. Their cellar master had to look for unusual cask storage space while the distillery rehabilitated. As a result, the original casks holding the rum for the initial release ended up being forgotten. Because these casks were extra aged due to being forgotten, they couldn’t be used for the Chairman’s Reserve Original. SLD decided to release these on its own. This expression ended up being received well. The distillery decided to continue releasing this expression, despite the casks no longer being forgotten. 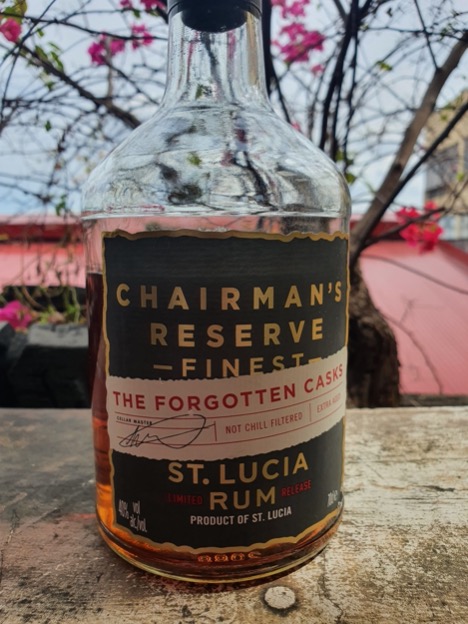 On the nose: I immediately get light and pleasant aromas of pears, banana-flavored hard candy wrapped in leather and honey. After these are just as light aromas of cinnamon syrup, muscovado sugar, ripe saba bananas, orange-flavored candy, and peach liqueur.

In the mouth: A bit more prickly in the mouth, but the sensation is pepper-y rather than an ethanol bite. The notes are a bit more disorganized here, but I get light tastes of toffee, muscovado sugar syrup, cinnamon syrup, banana chips and honey. At the end is a short burst of guava, orange peel, vanilla caramel, and pears with skins.

Simple, full and enjoyable. For more experienced spirit drinkers, the abv will initially disappoint you. But this has a fullness that very few 40% abv spirits have. I guess this is due to its being non-chill filtered. As in a blind tasting, I’d think this was around 46%.

Fans who like rum from Foursquare and Mt Gay will like this. Hence, this is something whisky drinkers will like. This is similar to those Barbadian rums in that there’s a good balance of oak and distillate flavor. The Chairman’s Reserve Original had a lot less oak flavor, but I guess a bit more aging did wonders for this.

The Original is around £25 from The Whisky Exchange. For something that’s only given at least an extra year of aging, is this worth it? It’s a “no” from me. I don’t really know how many of these are bottled per year, but I guess you’re paying for this expression’s lack of wide availability. 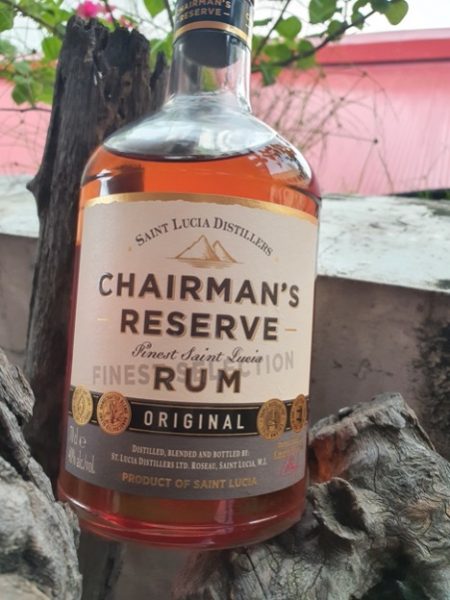 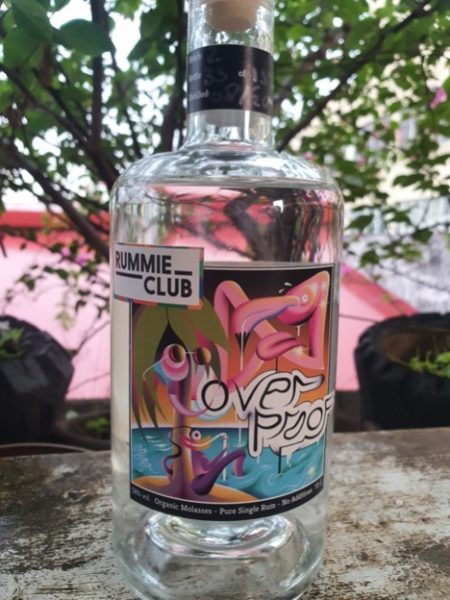