Whisky is better shared. It seems like that phrase should be an old Scottish proverb inscribed in Gaelic and written into the statutes of the SWA. It’s one of the least controversial statements in the whisky world. It speaks to me about the attitude of the “ideal” whisky drinker.

Yet, we still see flippers abusing shop staff when they can’t get a money-making bottle. We see cynical internet practices at ballots that are becoming increasingly sophisticated, now verging on fraud. I believe this is largely driven by short-term profiteering. It’s making the rest of us weary. This reminds me of some lyrics from an Ocean Colour Scene track:

“And all those just trying to play their part,

And all those who own a human heart,

But there’s no profit in what you want,

So we must fight some more,

But there’s no profit in peace,

So we gotta fight some more.”

Now, there are still many, many more incredible examples of whisky sharing which I can recall in the last 12 months than situations which have made me recoil in disbelief. It’s important recognising that for balance. Let’s take my recent trip, in the company of George (aka Whisky Dodie) as we travelled by train South to London to attend the Capital Whisky Club monthly tasting.

Talking away about whisky for most of the 4-and-a-half hour journey, George popped out some “breakfast whisky” (it was about 10 AM) in the form of a bottle-end of 31 year old Glentauchers from Chorlton Whisky. The perfect dram for the occasion… and he’d brought glassware.

Moments later we were interrupted by a chap on the next table asking if we’d like to taste some Holyrood Distillery new-make spirit he had with him. It turned out to be delicious, the inclusion of a small amount of chocolate malt in the standard malt bill was a revelation to me. Before long I’d opened the vintage blended Scotch I was transporting South; it perhaps did not go down so well before the sun was over the yard arm, but I was relieved my blend was enjoyed later in the evening by CWC members. 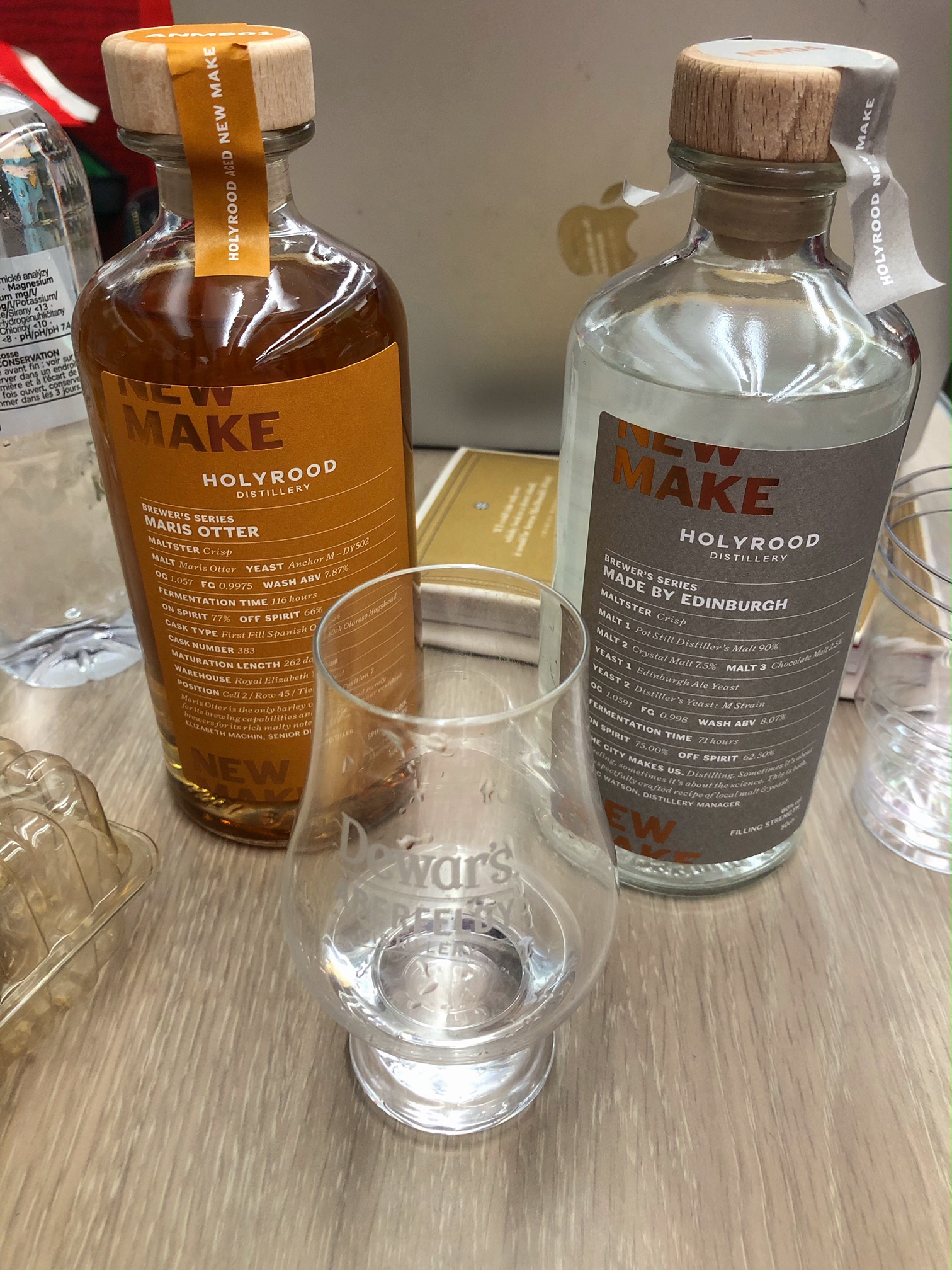 This is the essence of whisky sharing.

Later in the evening – and after an incredible tour and tasting at Bimber distillery in the afternoon and a decent club tasting – the array of bottles brought along by members was astonishing. We had the latest flippers’ favourites opened and shared, some fascinatingly unusual bottles, and an incredible private bottling of Springbank that will no doubt become legendary (not least for the Superman logo on the label).

To say that sharing is Biblical would be an understatement. In my opinion Jesus did not feed the five thousand with two loaves and five fishes as some sort of miracle, but rather selflessly shared his meagre meal with as many people as possible to set an example to others, and in the end a wave of sharing ran through the crowd such that everyone was sated. This is not a miracle; it’s the best of humanity and it’s a common message no matter what God you worship. That is the spirit we need in the whisky community.

Recently I was party to a conversation whereby a number of people felt that sharing whisky at cost price was ridiculous. They felt that nobody would bother to share whisky at cost price and would only do it for personal profit. Suggestions of ways they could profit from the splitting of bottles include adding a £30 premium onto each bottle price or dividing the total price by 12 shares leaving the splitter with 100ml free.

NO, NO, NO! I recently bought into a split I assumed was cost price, actually a bottle that I thought I would use as the review for this article. When I double-checked with the splitter I found out it had been done for their personal gain. I was absolutely raging. Whisky is expensive enough without us all trying to make a few bucks off each other! Once whisky is in the community it should be shared on a non-profit community basis. Period.

There are a number of good reasons why we should split at cost price, perhaps the largest being legal. Splitting whisky at cost price seems a reasonable arrangement for sharing whisky amongst friends; this is unlikely to attract the attentions of HMRC or local authorities. Selling whisky – or, indeed, any alcohol – no matter the size of the bottle would require an off-sale licence and profits to be declared.

Beyond the legalities there are other great reasons to split your whisky bottles and share them:

To those who feel that the effort to prepare a bottle split is only “worth” it if they can make a personal profit from the whisky community: look again, wise-up, and try to dig deep and find some community spirit.

For the avoidance of doubt, the following can be considered in the price of a “cost price split:”

Nobody need be out of pocket for sharing whisky, but “Hey, hey, hey, we don’t want to fight no more!”

Below are 4 interesting drams from the recent Whisky Broker outturn which were shared with the community at cost price, and at some considerable effort by Stephen Pedley (aka Whisky Skull).

On the nose: Rose water, halawa, oud, frankincense, vanilla, and an aromatic bonfire.

I really enjoyed the complexity and exoticism on the nose and palate that transported me to time spent in Oman.

On the nose: A funky whiff, clearing to glue, burnt sugar, fatty and more burnt toffee.

Well, it does not reference sherry on the bottle or the website, but I am certainly getting the distinctive influence of sherry the longer it is in the glass, or at least some of the properties we associate with sherry. Perhaps the whisky least anticipated from the outturn list; “Young grain whisky? Call me again in 18 years when it will be ready!” But, given the complexity found here, this is an interesting and fun whisky at cask strength for supermarket prices. Amazing it’s still in stock!

A solid example of unadulterated Benrinnes spirit, with the cask picked at a great stage to showcase it.

In the mouth: Super sweet, slight saltiness perhaps enhancing the sweetness as it tends to do, peppery spicy and oily, developing an umami mid-palate, but it’s the finish here that grows and grows long after the liquid is consumed.

This is the dirtier side of Benriach shining through that is much more characterful than the smoothed edge releases Brown Forman have been releasing since the rebrand. It’s reminiscent of the Oban Diageo Special Releases I reviewed, but a little less exciting.

Whisky Broker’s core business is cask trading, cask handling, and storage, along with an extensive brokerage business. The bottling arm is a smaller part of the business which has always been positioned to offer solid value for money to the whisky drinker. I believe the drab labels are quite deliberate, and you will not find many of these bottles flipped at auction. In that way Whisky Broker represent the “spirit of community” I talk about above, and should be lauded.

A Tale of Grain