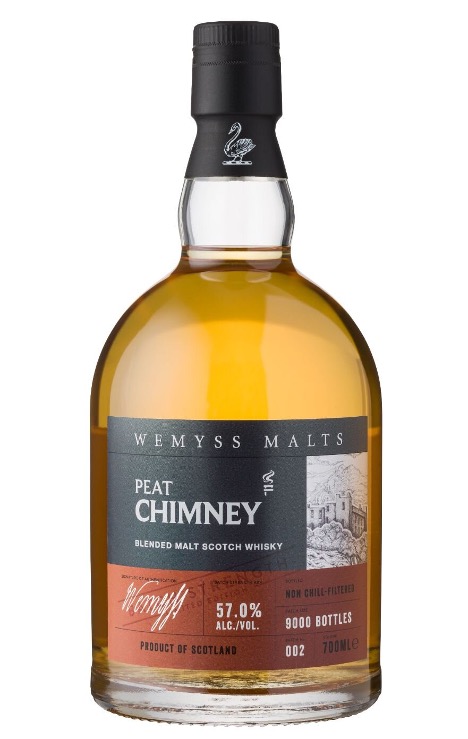 Amongst the blended malt Scotch brands, it’s safe to say that Compass Box is the one that’s held in highest regard. Yes, there are more famous and more widely available ones such as Johnnie Walker’s Green Label and William Grant and Sons’ Monkey Shoulder. However, Compass Box seems like a good balance of quality and it’s not being too available keeps it in the good graces of most. Also, it has to be mentioned that the mix of Compass Box’s appealing label design by Stranger and Stranger, timing, legacy of transparency, and story caused a perfect storm for them. If you don’t know who and/or what Stranger and Stranger is, they basically handle a company’s branding. In the booze industry, they’re best known for doing eye-catching labels for brands such as Don Papa and Kraken spiced rum.

In my opinion, this perfect storm lasted for a few years. Like most storms, most of us don’t know exactly when and where it started. Most of us only notice the signs of its impending arrival. I only became aware of the brand around 2012. The original Johnnie Walker Green Label was discontinued everywhere except for Taiwan that year. I guess that left the geekier folks to look for a blended malt replacement. Safe to say, this led a lot of folks to Compass Box. Sometimes, I consider myself lucky to have been caught in this storm. Having just started taking whisk(e)y seriously then, I simultaneously became aware of how good single malt and blended malt could be. As a result, I didn’t get sucked into the “single malt is best” belief and crowd.

Let’s not forget how Compass Box became a rebel poster boy for Scotch. Their fight for more transparency and innovation has led to them butt heads with the SWA a few times. It won’t surprise you if you take a better look at the SWA, since they’re run by the corporate giants, which means they’re more likely to prefer to keep things the way they want them.

It seems like that perfect storm has been over for years. In my opinion, the love Compass Box is getting is more due to the residual effects of that storm. I think a combination of different factors broke it. One, more blended malt Scotch brands such as Wemyss and Douglas Laing’s Remarkable Regional Malts have come out. From my limited exposure and experience, these are cheaper and better than (or just as good as) Compass Box releases. I guess the rapid rise in demand for single malt also plays a factor, since a lot of the new drinkers may lack an understanding of the differences between just blended Scotch and blended malt Scotch.

Two and three are connected. Bacardi’s buying in of the company seems to have made more fans doubt the brand. I see the strategy in this, since Bacardi can provide better distribution, but it’s become common for me to see or hear sentiments of longtime fans saying they avoid the new limited edition releases due to the increasing price and lower quality. Most of the time, Bacardi having shares is brought up.

I guess more and more whisky drinkers are doubting Compass Box’s dedication to quality now that they’re no longer wholly independently owned. Experienced drinkers are inclined to think that any small outfit touched by the big boys will end up being like them, where the bottom line matters more than quality. That said, rising prices and decreasing quality are common throughout the whisky industry. Whisky is getting more expensive; it’s not just Compass Box who is going through this issue.

Such a shame, but I guess life is about moving on. Compass Box was a brand I really enjoyed for a few years. Their regular expressions, the Spice Tree and Peat Monster, were enjoyed with former favorite single malts such as Lagavulin 16 and pre-Vikings Highland Park 12. Limited expressions such as The Lost Blend and Flaming Heart, despite being expensive, were worth it (back then). But then again, a lot of limited releases were worth it half a decade ago. I guess Compass Box decided to point their needle elsewhere… or do their former fans and supporters just think so?

Here I am comparing two peated blended malt Scotch whiskies. One is Compass Box’s 2015 release of Flaming Heart. The second bottle is Wemyss’ Peat Chimney Batch Strength Batch 2. The reason for selecting these two are due to their higher-than-usual ABV, and having a fair amount of unpeated single malt in the recipe. 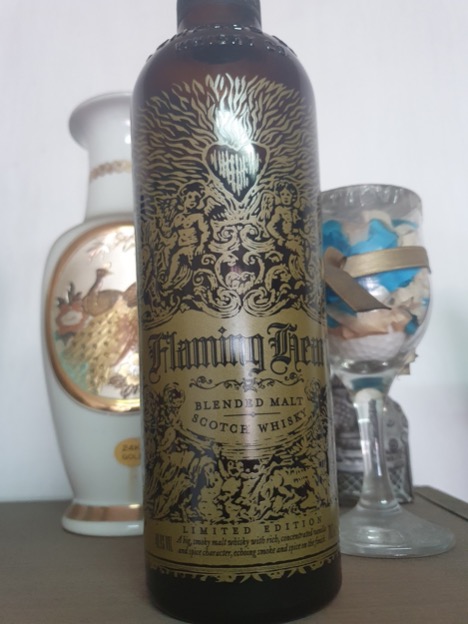 On the nose: Very gentle and light aromas of peat and smoke. It slowly gets intense. And is accompanied by aromas of Japanese seaweed strips with almond nuts and a lasting bouquet of tart fruits. Something in there makes me think of grapes, honey, cantaloupe, figs, apples, pears, sapodilla, and orange peels.

In the mouth: A mess of Japanese seaweed strips with almond nuts with light and gentle peat and smoke. After that is a sharp pepper-y sensation with medium tastes of grapes, Fuji apples, cantaloupes, honey, dates, figs, salted caramel and orange peel. In between are subtle bursts of peat. There’s a vague and lasting burst of fruits I can’t pinpoint in the end. But it’s mostly fruits you’d get in Highland single malt Scotch aged in ex-bourbon casks.

On the nose: An interesting and pleasant mix of smoke, peat, floral and cereal aromas. Upfront are pronounced but fleeting aromas of nori, peat and smoke. After it are just as pronounced aromas of honeysuckle, honey, barley tea, salted caramel, winter melon tea, burnt orange peel and toffee. A harsh pepperiness starts enveloping the nose while giving off strong aromas of winter melon tea, salted caramel, honey and vanilla.

In the mouth: Immediately a blast of heat and pepperiness. But the sensation is made more pleasant as it’s accompanied by a sharp taste of salted caramel and a weaker taste of burnt nori. Aside from the burnt nori, I don’t get anything else here that would indicate peat. The blast of heat doesn’t dissipate even as I get other notes. I get medium tastes of orange peel, toffee, honey, winter melon tea and Korean barley tea. There’s also bits of a cream-like dessert cooked in empty orange peel in-between those.

I won’t complain about the price as there’s a good amount of well-aged and sought-after single malt here. Yes, they’ve been blended with young single malt, but how often do you get to try 30 year old Caol Ila and 20 year old Clynelish. They were already expensive and in demand then; imagine getting these now!

I’d give this a higher score if the different flavors were better composed. I think the young ingredients give this more life but it covers up the older components of this, unless they were added to hide the faults of the older stock.

I think Peat Chimney is great considering how affordable it is. It’s got good balance and complexity. This whisky is also full of flavor all the time. There’s no dull moment with this. Being a lesser-known brand would also mean whisky investors and speculators are less likely to price this out of oblivion.

My main gripe about this is how it’s named. With a name like Peat Chimney, you’d assume there’d be more smoke and peat flavor in it. I mean, aside from Santa trying to fit in one, aren’t smoke and fire the other most common images that come to mind when a chimney is mentioned? Similar to the peatiness of Compass Box’s Peat Monster, I find it to be lacking. I guess the name of this and the Peat Monster can be considered misleading.

Despite having the same score, I think I’d pick the Peat Chimney over the Flaming Heart. Knowing the amount of well-aged single malt but finding it lacking just makes the whisky more disappointing. I guess there is a downside to transparency. One could also buy three bottles of the Peat Chimney Batch Strength 2 for the price of one Flaming Heart.