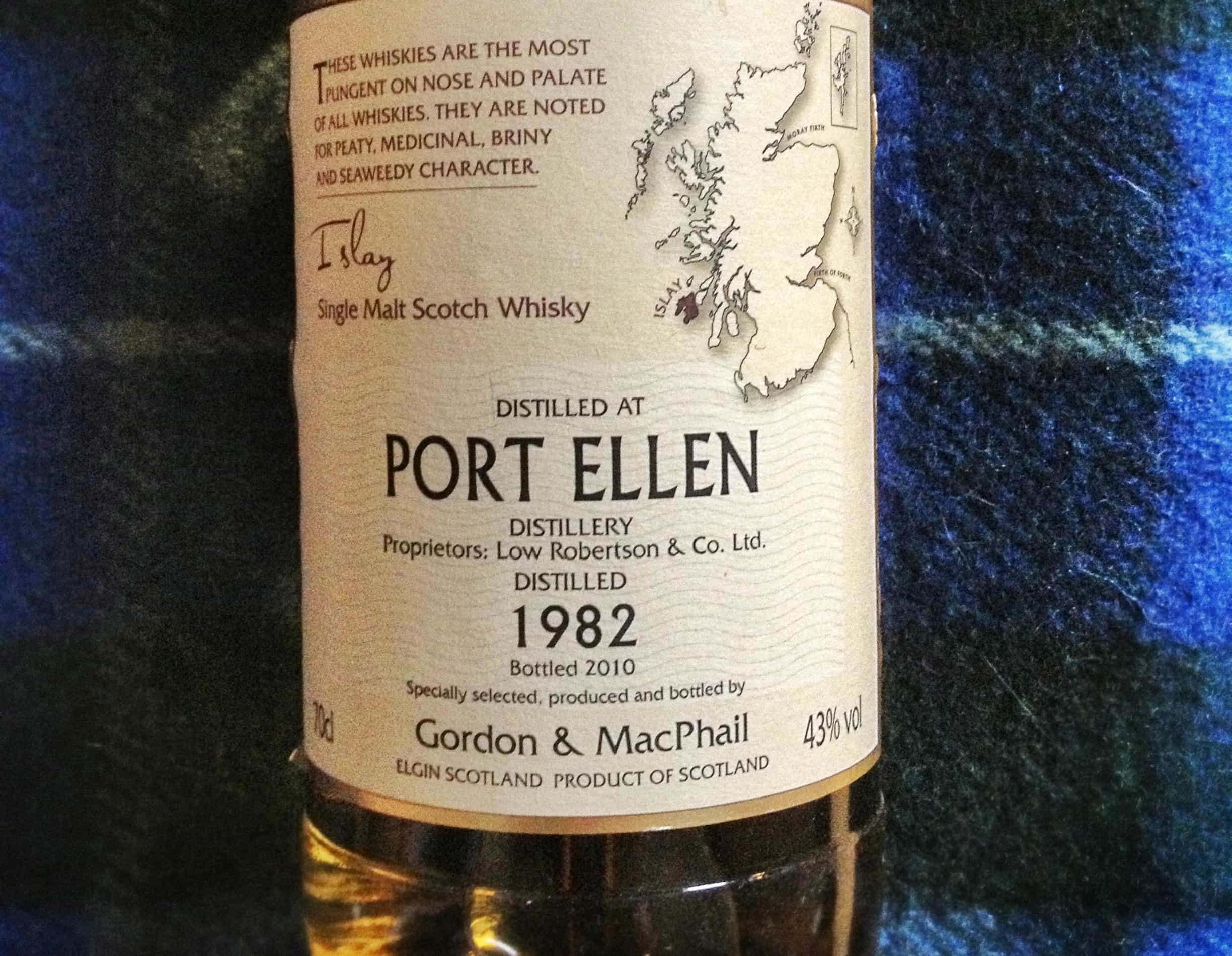 Port Ellen – legendary distillery, founded in 1825, mothballed since 1983, and whose whisky is highly sought by collectors.

We’ve been told for years that its remaining bottles are going up and up in price, and if you look at what retailers are charging, you’d generally be right. But colour me surprised when I checked out the archives at Scotch Whisky Auctions: bottles from the 80s are going for as little as £115, and loads are comfortably available for less than £150. That’s ridiculously good value, if you ask me, and completely goes against expectation. 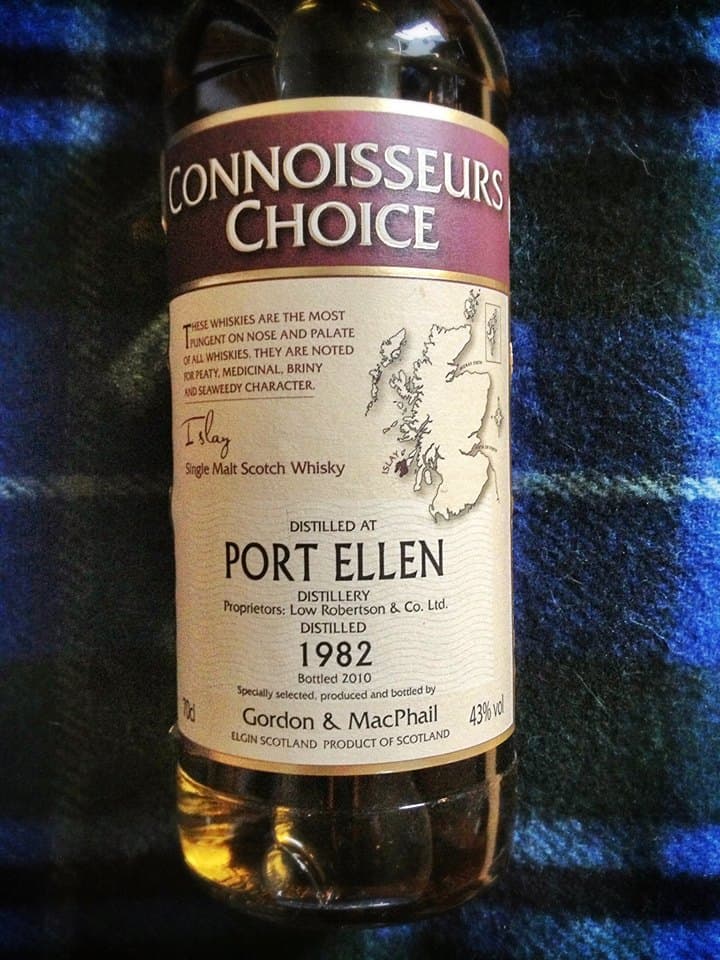 Anyway, to cut a long story short, I had the Port Ellen 1982 – Connoisseurs Choice (Gordon & Macphail) sitting in a cupboard. I had been saving it for a special occasion. I’m getting married in a couple of weeks (honeymooning on Islay…) and for that and other reasons, now seemed as good a time as any to open it up.

Was it worth the wait?

In the mouth: juicy, velvety and mouthwatering. Sweet peat. Almost a kind of apple-juice fizziness whisking around what is essentially a thick, smokey, creamy beast. Nutty. Viognier notes. Sweet cereal, cloves. Lovely warming spices that take their time to arrive. There’s a very long-lasting finish, which seems to play around with these core flavours, each one having a moment in the spotlight. It’s classic Islay, and done phenomenally well.

Definitely getting an old Caol Ila vibe, you know, though obviously it’s not exactly the same. Even echoes of the Laphroaig Quarter Cask, which speaks volumes about that fine dram. That said, I imagine the older bottlings from Caol Ila would have a very similar feel. My tip: if you want to try this, but don’t have the money to spend, investigate some Caol Ila offerings from 20 years back and you’ll not be displeased.

Though a bottling of Port Ellen at auction, I reckon, could be acquired for less than £150. Be patient and shop around is my advice. 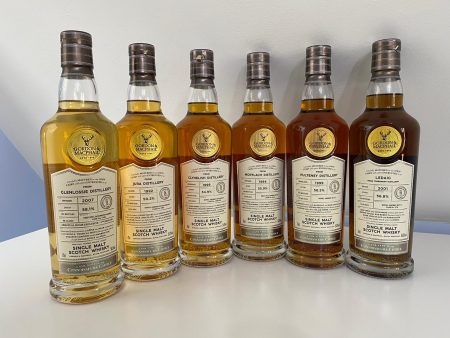