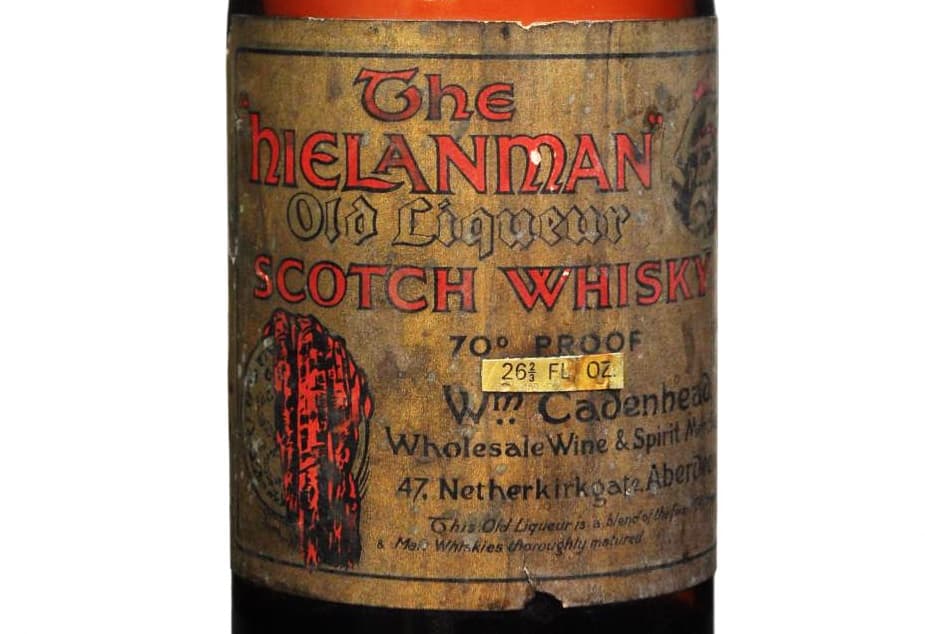 You hear a lot of talk these days that whisky produced today isn’t as good as whisky produced in the past. Different barley strains were used – less productive, yet better quality. Different production methods, too. The process was driven by the eyes and noses of humans – using primitive and learned senses right at the site of production, rather than driven digital methods and the clack-clack of PC keyboards from afar. To counter this sentiment, the science of whisky has never been as well understood as it is today.

With that in mind, here’s an old whisky, and certainly something you don’t see everyday. It’s an old Cadenhead’s vatted malt: Hielanman Old Liqueur Scotch Whisky at least 8 years old, and 70% proof. Cadenhead’s is Scotland’s oldest independent bottler, established in 1842, and I’ve liked a lot of their whiskies. But this is most certainly the oldest whisky of their’s that I’ve tried. This bottle was estimated to come from circa 1960.

A sample of this was sent to me by fellow whisky-scribe, Whisky Rover, as part of our numerous mystery whisky exchanges. He acquired it from the Dornoch Castle whisky bar. The provenance of the bottle is fairly innocent: the previous owners were an old couple who had kept the bottle for decades, promising themselves a taste one day. Due to the price of whisky being rather high these days – and this being a particular rarity – they sold it onto the Dornoch whisky bar with one condition: that it was opened so they could have a taste after all those years.

Though the Hielanman Old Liqueur Scotch Whisky is estimated to be around 1960, I know almost a decade earlier that the John Haig blends had difficulty using the term ‘liqueur’ on their bottles, and had to revert to the term ‘blended Scotch’ instead. Whether or not that was strictly regulation at the time, or was phased in as part of an industry drive to distinguish blends from actual liqueurs, I’m not exactly sure. If it was regulatory, then it might be that this bottle is a touch older.

As with a lot of what Whisky Rover sends me, this was tasted blind. So I had no idea what I was tasting at the time. 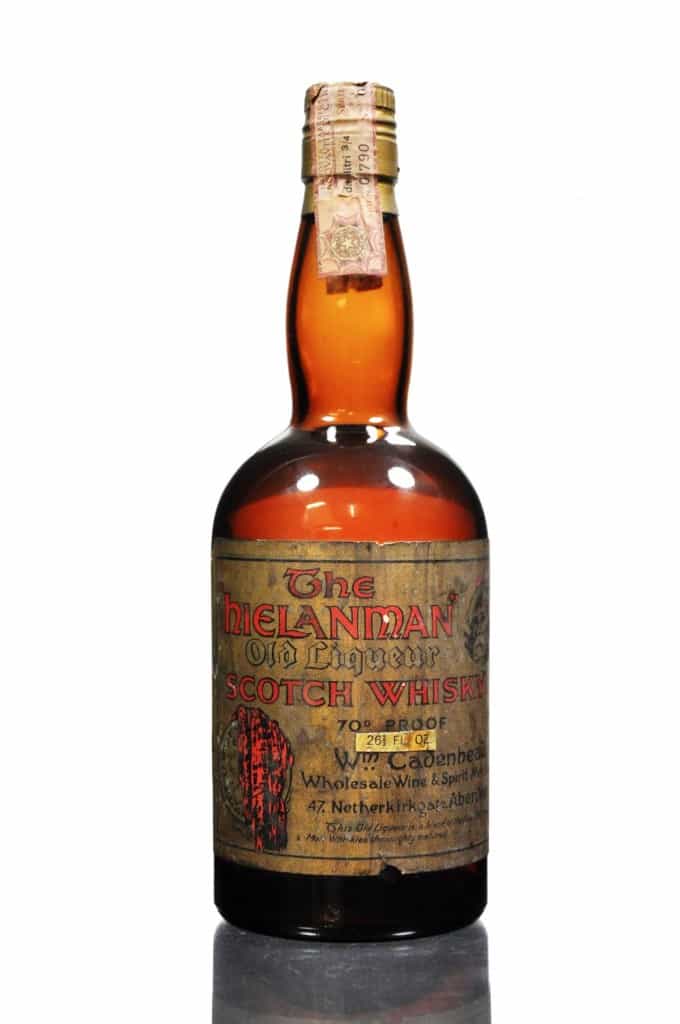 On the nose: most unusual – not very forthcoming, but there’s some interesting stuff beneath the surface. Old wood, leather. Musty. Ash? A little bit of burnt sugar. Cereal notes hanging around: old hay barns in the middle of summer. Digestive biscuits.

In the mouth: again, very unusual. There’s old mustiness aplenty. Cardboard. Leather again. It’s not particularly intense. Sweet apples, though not especially fresh ones. Touch of aniseed, but not a lot. Yeasty: boiled pork, cured meats with a touch of orange marmalade. An enduring bitterness from the wood, mingled with ash – or at least a particularly curious form of peat. A medium-texture, leaning towards something rather velvety as you’d expect from a blend. It’s got character, I’ll say that much.

Very different. The low ABV explained its lack of intensity, yet despite that it was clear this was a whisky from another time. Sometimes it’s hard to explain what it is that makes an old whisky old – although I’m talking about the year of production, rather than how long it’s spent in a cask. (This Hielanman Old Liqueur Scotch Whisky is only 8 years old, after all.) It’s a blend, so these are scrutinised differently to single malts – there’s a different set of skills involved, a conscious and deliberate combination of flavours. That said, it’s infinitely more tasty and complex than many blends I’ve tried today – some of which are still very good indeed.

Was whisky any better in the past? I still don’t know the answer to this. But this is another example of how it was different.

A bottle of Hielanman Old Liqueur Scotch Whisky would cost you around £200 at auction, if not more.