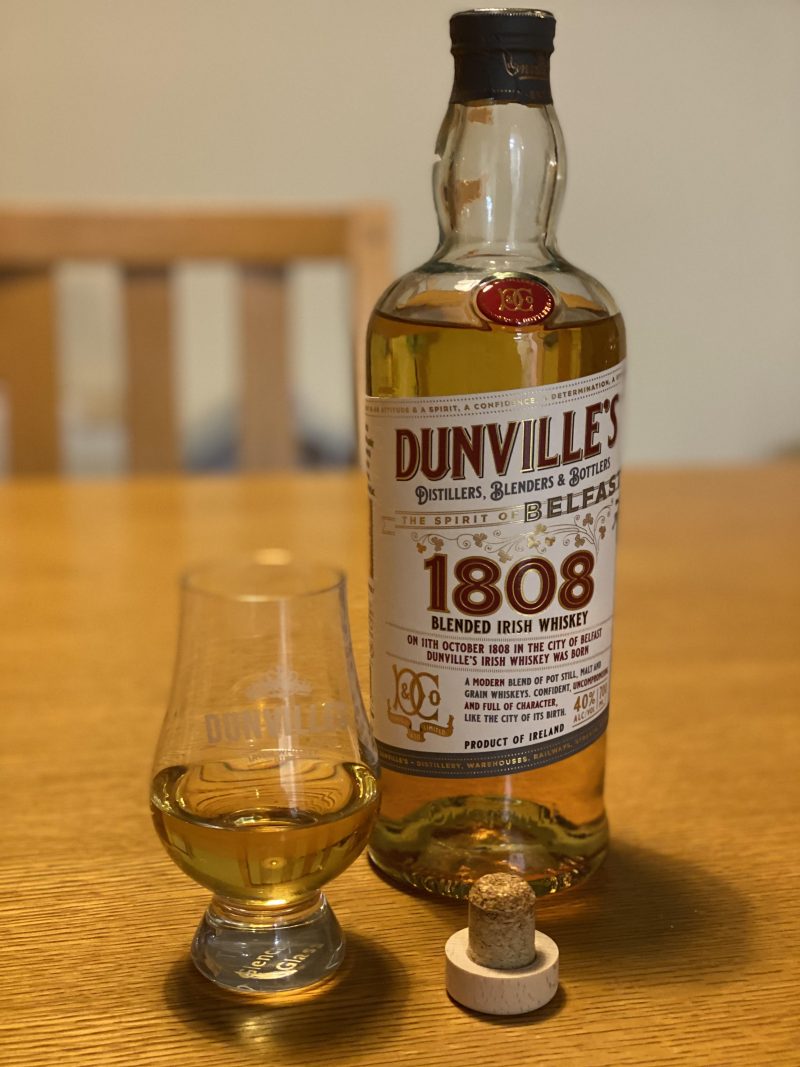 What a journey Dunville’s whiskey has been on!

If you go back 200 years or so, there was no Irish Whiskey as heralded or sought after as Dunville’s; its rarity and popularity ensured it could seldom be found other than at auctions, and even that was considered a lucky find.

After an unfortunate decline owing to no one being able to take the brand forward, and around an 80-year absence, the Dunville’s brand has risen from the ashes and been brought into serious contention amongst the ‘big Irish Whiskey boys,’ by Echlinville distillery (see Phil’s review for further evidence). Echlinville is Northern Ireland’s first new licensed distillery for more than 125 years, and Dunville’s resurgence comes at a time when Irish whiskey is enjoying a boom of sonic proportion. Echlinville are in part responsible for this boom and are wholly revelling in it.

Unfairly, (and I say this with serious jealousy) Phil has already reviewed the majority of their single cask offerings as part of his vertical review. However I will today review their latest addition, the ‘1808,’ named for the year Dunville’s was founded in Belfast. It is now available as part of their core range.

One of the Echlinville distillery’s key remarks about the Dunville’s brand is that they are bringing back the ‘Spirit of Belfast’, and the 1808 is surely a part of this. When someone talks about the spirit of something, you consider it to be something non-physical, something that brings emotion, something that brings a particular feeling and aura. However, this is also a clever play on words, suggesting that Dunville’s whiskey was the official ‘spirit’ of Belfast, which the Echlinville distillery now plan to restore to its rightful place. The 1808 bottling describes Belfast as an “attitude & a spirit, a confidence, a determination, a state of mind and a relentless commitment.” Quite a statement, one that almost sounds like a love letter to Belfast!

The history of Belfast for the period that Dunville’s was operational – the 19th to 21st centuries – is both varied and distinguished. It is a history which has been dominated by sectarian violence. However, if you look past that, it’s worth noting what Belfast has accomplished and what could make up part of its “spirit,” “determination” and, “state of mind.”

In the 1800s, Belfast was renowned for its trade, and being extremely competitive in the western world, this trade even outpacing Dublin in size, value and tonnage; this is probably why the Dunville’s brand was able to flourish, especially with the Royal Irish Distillery producing some 2.5 million gallons of Dunville’s whiskey a year. The tragedies that Belfast has had to endure such as the potato famine, the Belfast Blitz, and sectarian violence should all have been enough to dampen the spirit of the noble Belfastian, but as the label shows, Belfast’s “Spirit, Determination and ‘State of Mind,” and sense of being able to adapt and overcome is something Dunville’s have channelled, and Echlinville has paid homage to by bringing back this admired brand.

Speaking in terms of the actual “spirit,” (i.e. the bottle itself): the bar is set high. A Dunville’s VR from circa 1915 recently sold for £2,000 at auction. That particular whiskey was a winner of a gold medal at the Paris Exhibition in 1900. Even though their current (and obviously not as old) whiskey is not commanding such eyebrow-raising sums at auction, their recent performances at the prestigious World Whiskey Awards is affirmation that the whiskey is of the same award-winning standard, if not even better than it previously was.

Rather sadly, Dunville’s whiskey was one of the only brands that ceased to exist even though it remained profitable, in spite of great concern with Prohibition arising. Many still lament its passing and wonder how such a successful distillery was able to stop producing such a popular whiskey. However, as the saying goes: “Good things come to those who wait.” If this is the case, Dunville’s is going to take the whiskey scene by storm.

One thing that Dunville’s has got absolutely spot on is the packaging and marketing of their whiskey. The bottle that contains this whiskey is rather impressive. An offset white label on a Dunville’s embossed bottle really makes it stand out on a shelf. The labelling is completed by beautiful gloss red writing outlined in gold, including gold shamrocks which adorn the ‘Spirit of Belfast’ title.

It also features a mural of the Dunville’s brand in Victoria Square (now Bittle’s bar) which is a nice touch and nod to its spirit. Alongside the bottle came the video promo, which is seriously eye catching. It features the new bottle being taken around some of Belfast’s landmarks, from Cave Hill, the Cathedral Quarter bar and finally to Bittle’s bar, to again bring back the ‘”Spirit” of Belfast. I think that the advertising campaigns for Irish Whiskey brands can sometimes fall short of the quality of the product, but Dunville’s has really hit the mark this time.

The 1808 is a blend of grain and two different malts – of which one is peated – and a small proportion of pot still, all combined in an American oak cask. An interesting fact about this whiskey is that Echlinville’s own pot still has been used in this blend, something which Echlinville and Irish Whiskey fans will get really excited about, considering their current distillate has been sourced from elsewhere. This pays true homage to restoring ‘the spirit of Belfast’ as Dunville’s VR was originally launched as a Single Pot Still whiskey.

On the nose:  Initially, lots of white wine fills the nostrils, complete with citrusy fruits including lemon peel. Some notes of fizzy cola bottles, Murray mints and lemon sorbet complete an interesting but typical nose.

In the mouth: Ripened pears. Some white pepperiness from the pot still contingent comes towards the end of the palate. More citrus fruits and lemon tart. The finish is a real mouth filler. There’s a very slight hit, rather than a punch in terms of some smoke, and pepper again, but actually balances the whole thing and it finishes quite smooth and extremely drinkable.

Considering that this is the lowest priced whiskey (£33) in Dunville’s diverse line-up, and the fact it is a blend, the score should not come as a surprise; the 1808 was intended to sit in the middle/bottom of the Dunville’s range. Dunville’s describes it as “full of character,” and – whilst the whiskey itself has some character – Dunville’s attempt to bring back the “spirit of Belfast,” with the bottle, the brand, the marketing, and the pure enthusiasm contains more character than the whiskey itself. It is also more characteristic of the actual brand, the 1808 is an attempt to capture Belfast’s spirit, but not to push its boundaries.

As previously discussed, Echlinville’s own pot still within the whiskey gives fans a little taste of the great things that will undoubtedly come to this distillery when they start bottling their own. This is a welcome addition to their range: it is something unique to Dunville’s and practicable for those who like to mix it up with a cocktail, but there are bigger and greater things to come for this brand. As blends go, it is decent and certainly worth a punt for the price. 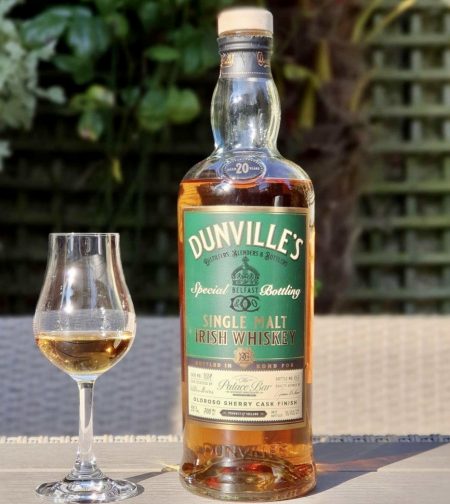