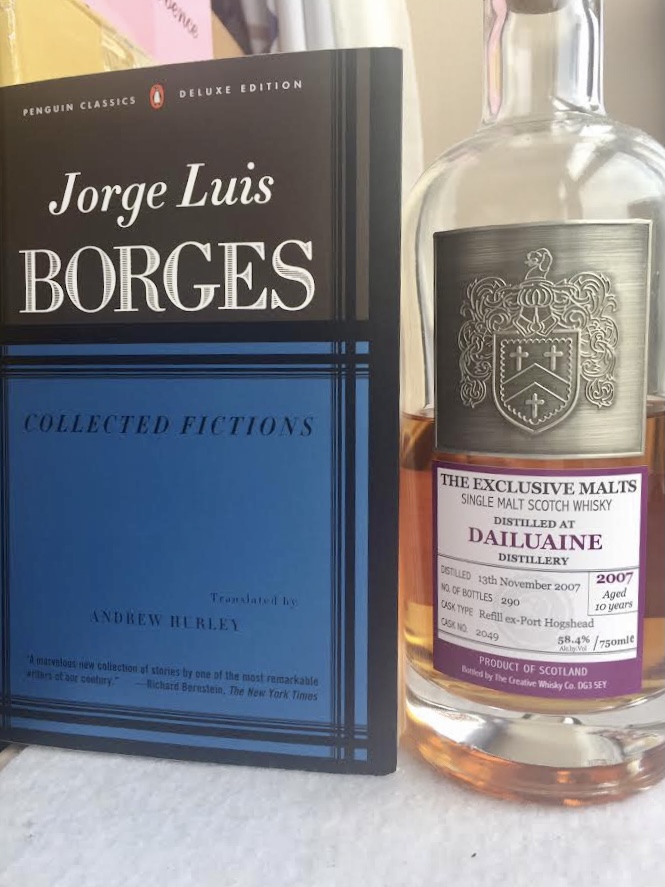 Since the beginning of this year, I’ve been turning a lot of things over. Looking under familiar rocks, opening favorite books, even re-watching old movies.

What exactly have I been hoping to find? I didn’t have a lot of new in 2020. My guess is a lot of us can say the same. Perhaps I was hoping to find something overlooked, some shiny bauble amidst all the familiar things in my life that had been gathering dust.

While flipping through the books on my shelf, I came across my copy of collected fictions by Jorge Louis Borges. I’ve always liked his writing for its pith and depth. A short story of his could be just a few pages long and yet leave such an impact, like when you wake from a dream that felt like years.

Going over some my favorite stories I came across one I had forgotten. Possibly, one I had intended to forget: The Book of Sand.

The narrator (Borges) in this story is tricked into buying an old tattered book from a traveling bible salesman. One with no beginning and no end. The pages (though numbered) are in no particular order because when something is infinite the order no longer matters  Naturally, to a collector, this book would be endlessly interesting. Borges tries to catalog it in a separate notebook (but in vain). He soon stops seeing any of his friends in fear someone will steal it from him. He lives and dreams of nothing but the book. On the brink of madness, he decides to hide the book from the world and himself.

In my search for something new, close to home, I had found a whisky collecting dust that was never in my lap the right way. This is perhaps why I tucked it out of sight. Something to forget and taste again. No matter how many expressions I had tried from this distillery I’ve never had that, “Ahhh, so this is who you are” moment. The whiskies always seem to shift and elude me. There is a good reason why.

Dailuaine, like many distilleries in Diageo’s stable, is mostly used in their blends. However, this distillery goes a little further than most. The distillate that is made there is determined by what Diageo’s blending team thinks it will need in the coming years. So, every few years there may be a dramatic shift in its fermentation and distillation.

To give an example: in 2014 Dailuaine started making whisky with a waxy character to compensate for Clynelish’s delayed expansion. They increased fermentation time, time spent in still, even allowed waxy residue to build up in the foreshot and feint receivers. In its earlier years Dailuaine was known more as a sulfury and meaty whisky because of its stainless steel condensers. However, it has changed a few times since then. With a chameleon-like nature, who knows how many times you’ve tasted it. It is, in a sense, nowhere and everywhere.

This whisky was distilled in 2007 and aged for 10 years in a refill ex-port Hogshead. It was bottled by The Creative Whisky Company at 58.4% ABV. Retail price was roughly $100.

On the nose: Nose this gingerly as the aromas are under a heady layer of ethanol. Packed brown sugar, crushed red currants, and dried berries are the most assertive aromas. Lighter aromas of artificial vanilla and birch syrup swirl around the periphery. Adding a few drops of water allows some char from the cask to come through.

In the mouth: I taste the meaty and sulphur component of Dailuaine right off the bat. This flavor works well with the taste of char from the cask. Add some water and you can draw more of that out. There are some sweet flavors (caramel & burnt sugar) but the whisky doesn’t get close to cloying as these get cut by dried juniper and lively wood spice. The fruit notes from the nose come back on the finish in jam-like concentration.  Adding water to this can dial down the intensity a bit, but there’s no getting rid of the heat entirely without mucking up the flavors.

This whisky is a bit of a maverick. When I wrote about Benrinnes, I touched upon how it is generally understood that meaty distillate prefers a sweeter aging vessel (i.e. sherry casks). In my experience, port barrels often have a similar heavy impact on the whisky as it ages… which is why I was surprised that – after 10 years – this whisky still had its head above water. I enjoyed that it wasn’t too sweet, but the high proof seemed to get in the way more than letting the flavors shine through. I wonder if, at a drastically lower proof, the sweeter flavors would be longer lasting and not tinged with the heat of the alcohol.

Tasting this again, I find I am no closer to a mental map of the Dailuaine style. It is, naturally, a moving target. I could try looking for the oldest bottle I can find and compare it to something new and shiny. Perhaps some trace of it throughout the decades has remained. Though, for a distillery that’s always changing, this approach may be a bit foolhardy. Maybe that’s why I had hidden this away from myself; past Sam trying to save me from looking for something that isn’t supposed to be found. 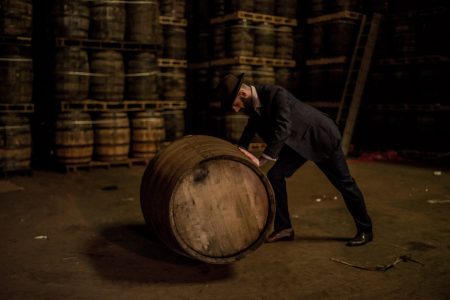 Interview with The Whisky Baron