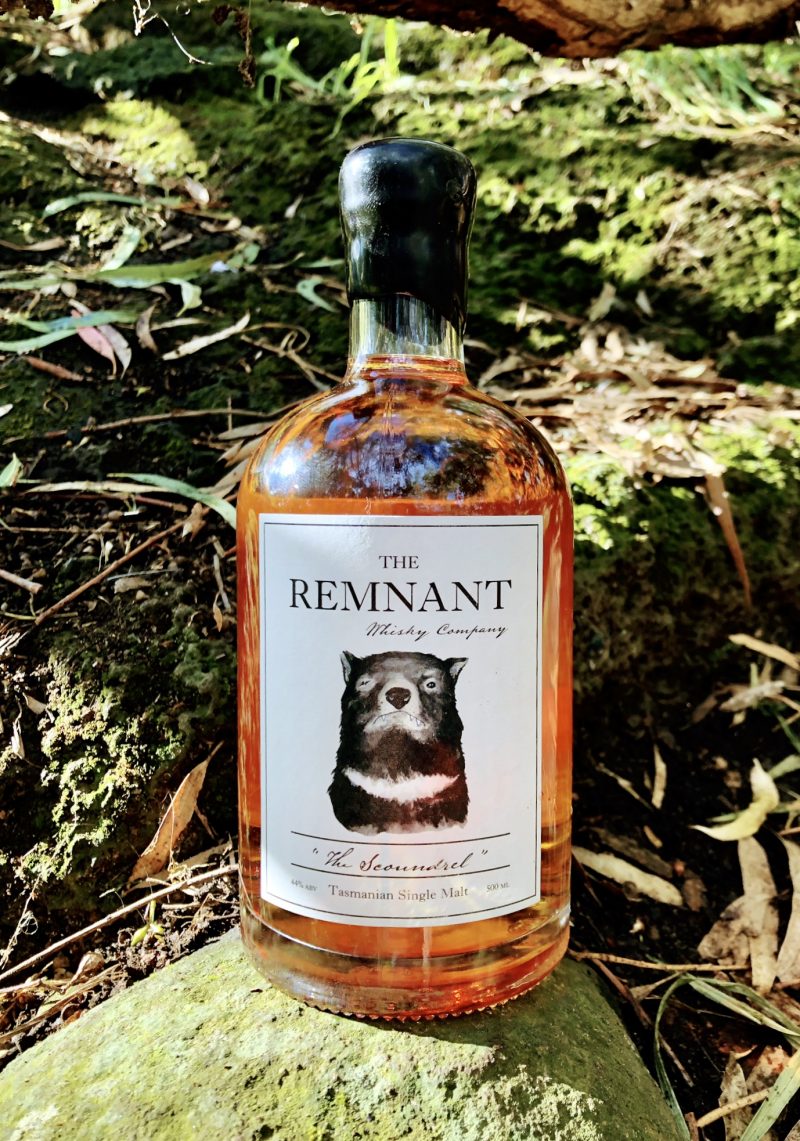 Each bottle of whisky represents the end point of a journey. However, there may be no bottle of whisky of which I can think that has been through quite the same journey as that reviewed here, today.

The story of Nant Distillery represents the darkest days in recent Australian whisky history. Investors were offered a chance to buy a barrel of new make whisky, and then, years later, Nant would buy it back off the investor with interest compounded. The scheme was too good to be true, and the business collapsed leaving investors thousands of dollars out of pocket. Most investors never even saw their barrels, which simply weren’t filled or were emptied and used to keep up with Nant’s official bottlings requirements.

However, some of those mum and dad investors did end up with their barrels, but with no way of bottling them or selling them on. Enter Phil Collidge, and Pete Bignell of Belgrove Rye whisky renown. They believed that whisky should still see the light of day. The Remnant (get it?) Whisky Company was created. I spoke with Peter and his son Dane for more information as to their enterprise.

Malt: How did you come to be involved in Nant barrels after the collapse of that business?

Pete Bignell: My family has been involved with the farm Nant for several generations, it was then quite a large grazing and cropping property in the Tasmanian highlands. Since then it has changed owners a couple of times and is now much smaller.

When I was younger, I used to play in the old water driven flour mill with my cousins.

I was employed to restore the derelict mill to its former glory so the mill stones could produce the grist for the distillery. As part of my wages I received an investment barrel.

Fast forward a few years and the original owner went bankrupt, then a new company took over the distillery and management of the investor’s barrels. The new company decided that the whisky in the remaining barrels was not worth as much as the original investors were promised.

The Remnant Whisky Company was formed and any interested investors were offered a small premium if they allowed their barrels to be moved to Belgrove Distillery bond.

The barrels were measured, tasted and new offers made. In most cases the new valuations were well above the earlier offers. In some cases, several thousand dollars more than the earlier offer but in a very few cases the whisky was of very poor quality but we still honoured our guaranteed minimum premium.

Malt: Can you give some indication of how many barrels you acquired?

Pete Bignell: Approximately 300 barrels, most have been purchased by Remnant but there are a few that are being stored on behalf of the investors.

Malt: What did you think of the quality of Nant whisky prior to the collapse, and are you doing much in the way of vatting/blending to reshape the spirit now?

Pete Bignell: The whisky that was released by the original Nant was generally of very good quality.

Many of the barrels acquired by The Remnant Whisky company were not suitable for release as “single barrel”, there was no faults as such but the flavours were out of balance but with careful analysing and blending of barrels the final vattings have produced some very nice whiskies. Some barrels are not producing the right flavours so their contents will be transferred to newer more active casks.

Malt: What future do you have in mind for these barrels after they’ve been bottled for Remnant? Any thought of using Belgrove or your own Single Malt Spirit?

Pete Bignell: Some of the emptied Nant barrels are being re-charred and filled with Belgrove Rye spirit. Remnant is planning to make its own Malt spirit but only the best barrels will be re-filled after re-conditioning. Another option being considered is buying matured barrels from other distilleries that don’t have the resources to bottle and market their own whisky.

Malt: Can you give some thoughts on the whole Nant affair overall?

Phil Collidge, Director of Remnant Whisky Company: I thought you covered the Nant disaster pretty thoroughly in your article/review. You will generally get the odd salted mine in any gold rush. Thankfully we have been able to show, with the first few Remnant releases, that the problem didn’t stem from a lack of quality in the whisky. We aim to continue to bring the best quality whisky we can to market at a price that allows the everyday (albeit high end) whisky drinker to enjoy a Tasmanian single malt.

We have the luxury of having a ready supply of high quality aged spirit in port, sherry and bourbon casks that will allow us to release some really complex and interesting whiskys over the next few years. We aim to have a couple of commercial releases available at any one time.  As with our first release “The Scoundrel” they will be in excess of 2,000 bottle releases and will be generally available at selected bars and bottle shops as well as online from our store. We aim to keep the price around the same as “The Scoundrel” which sold out in around 12 months and was widely acclaimed as great value.

Other releases will be more restricted (200-400 bottles, single cask or small batch) and will be under our Black Spot banner. We will release these on a rolling basis as each Black Spot exhausts. They come from the best of the casks we acquired and are a little more expensive but we believe still represent great value when compared to other small batch Tasmanian single malts. Worst case scenario we can grow old drinking them. As I told my wife, they are not cabbages, they won’t perish. Currently we have “Fly by Night” available as our commercial release and three different Black Spot offerings (BS #1, BS#2 and “X”). Our next commercial release will be out early October 21 as will the next Black Spot.

Malt: Finally, can you give an update on the current comings and goings of Belgrove?

Pete Bignell: Belgrove Distillery is continuing to produce a wide range of whiskies, mostly variations of Rye and Oat, but will soon be releasing a couple of extremely peated whiskies as well as a brandy. Also not far off will be a Barley Grain Whisky similar to an Irish Pot Still Whisky. Belgrove has created a lot of interest in Ireland because our methods and grains are similar to those used by early Irish distillers.

Thanks to Pete and Phil for taking the time to respond to my questions. Remnant releases are available from their website or various other Australian retailers. I was pleasantly surprised with my only previous Nant experience. Given the reputation of Belgrove’s rye releases, I am interested to see what Pete has done with blending malt whisky.

On the nose: Slight floral notes at first, along with some distant mustiness that seem characteristic of a fair amount of Australian whisky I review. Then a damp earthiness, garden soil and moss on trees. Rainwater on a warm tin roof, tarmac under the Australian sun. Finally, breaking through, some contrasting honeys and syrups. Barley sugar and musk. Baked peaches. As ever, time in the glass is your friend.

In the mouth: A couple of generous mouthfuls on a lazy Sunday afternoon and the first impression is the rich, viscous mouthfeel. More of the earthiness, sandpaper, dried mushrooms, soy sauce and grilled beef in a Japanese style. Crumbly Cheshire cheese and quince paste. Seaweed crackers. A bit of caramelised sugar. A drying effect on the palate and the finish is medium long with miso soup and sesame sauce.

Conclusions: Regardless of what happened to Nant – the financial ruin it left behind; the lives damaged – the whisky itself is blameless. It has no conscience or institutional memory. It deserves to be bottled and appreciated. So, credit to the Phil and Pete for sifting through the detritus of this scandal and enabling this to come to pass.

These are unique releases; once they are gone, they are gone forever. I find the pricing right on the borderline. The bottle reviewed her was selling for $140 for 500ml which equates to around $200 for 700ml. Other releases from Remnant – not tried by me – are around $185 for 500ml. However, these aren’t releases with broad appeal. These are niche releases to be deliberately sought after, a chance to own some whisky history – albeit murky history – so I imagine Remnant bottlings are for zealots who would spend this amount with eyes open to the cost.

The whisky itself? Well, no one accused Nant of not being able to make a quality distillate, and Pete and Phil have taken these barrels and run with it. This strikes me as superior whisky to my prior Nant review; therefore I will score accordingly.

All prices in Australian dollars. 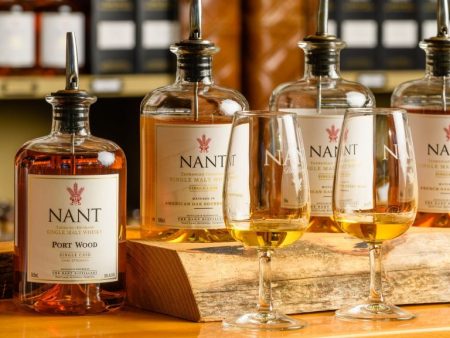 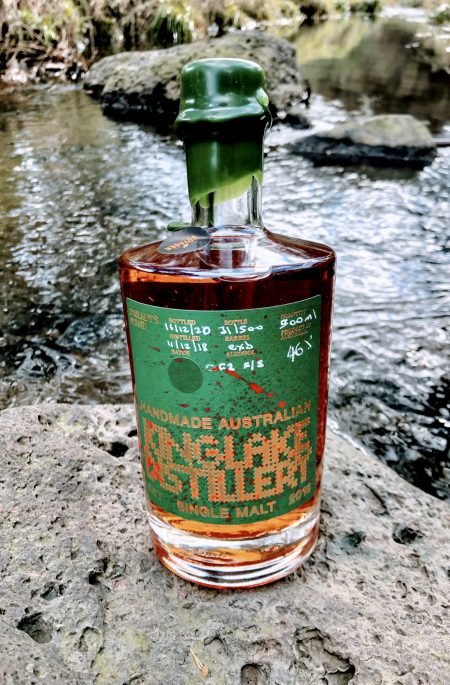