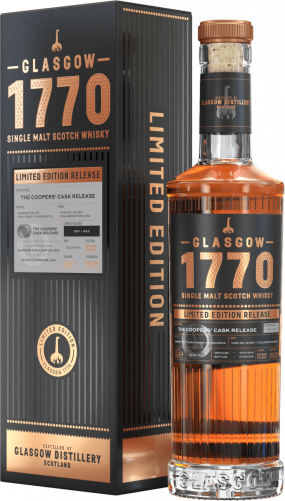 It is 2021. I live in Glasgow. You would think by now I’d have done a tour at The Glasgow Distillery!

I have not but I do intend to sometime in the not-so-distant future. With it being technically on my doorstep, I know I can go whenever but still to this day I’ve yet to plan a trip. Is it laziness? It could be, though I think it is quite common for people to neglect the things on their doorstep in favour of exciting, far away alternatives.

For example, in the time since Glasgow Distillery has been open, I have visited one of the smallest distilleries at Edradour, one of the largest at the giant Kavalan in Taiwan, plus a few others in between! I do believe that COVID and lockdowns have made us all appreciate the things that can be found closer to home.

To say I have never been to The Glasgow Distillery, though, would be a lie. I have been there, and it was after the usual hours of business. I know what you are thinking and: no, I did not break in! I went there in late 2018 to watch the opera, of all things. This modern Scottish opera was composed by Admiral Fallow and Gareth Williams and told the story of a couple running their small independent distillery in rural Scotland. With the setting at a distillery, ‘Navigate the Blood’ had a very fitting venue! I did not actually know about this opera until I spoke to Louis Abbott, lead singer of Admiral Fallow, at another gig and I thought, hey this sounds pretty awesome! Tickets were bought, opera was attended, and drinks were drunk (mainly 1770 cocktails and gins)! Word of mouth definitely works!

As you may have guessed, the whisky I will be reviewing today is one from The Glasgow Distillery. To be specific it is their latest limited edition – The Coopers’ Cask Release – and it comes with quite the story. It was created in collaboration with brothers Kevin and Paul McLaughlin. Their father, Ed, was a respected Glasgow based cooper who emigrated to Kentucky USA to take advantage of the booming bourbon market in the 1990s. His sons, who took on the business, have not forgotten their Glasgow roots and so were delighted to be a part of the project. The end result was a hauf-n-hauf cask: half staves of well-charred virgin American oak and half re-fill bourbon cask from Glasgow Distillery. The spirit was finished in this vessel, having previously been filled into an ex-port cask.

I have to be honest here: when discussing this release with some whisky pals their view was that this seemed like a bit of a gimmicky release; but the proof is always in the tasting. Besides, it brings to mind a couple of previously reviewed whiskies that were huge hits. Mark had a great time with an ex-port Kilkerran that was transferred into an ex-bourbon cask for secondary maturation; and Adam loved the Amrut Spectrum 004, despite it being housed in a wacky 4-wood Frankenstein cask. Let’s withhold judgement and get to tasting…

53.3% ABV; SRP of £59 (this was a sample provided free of charge by the distillery, which does not affect our notes or scores)

On the nose: Sweet with toffee and caramel and a touch of vanilla extract. Fruity notes from teas such as peach and lemon, think of those Lipton iced teas, lovely on a sunny afternoon. Freeze dried raspberries and strawberries intermingle with shortbread biscuit notes. An aroma of cranachan with whisky soaked fresh raspberries, toasted oats and only a hint of cream akin to the last blast of aerosol cream. There is spice from white pepper and ground ginger and a coolness from menthol. As the liquid oxidises, the sweetness reminds me of thick and viscous strawberry and blackberry jam and toasted brown butter. Golden syrup sponge with stewed plums and cinnamon spice play about. There is a chalky feeling to the nose and a malty breadiness drizzled with a light treacle.

In the mouth: Sweet and fruity notes from the nose translate through. It starts off with those lighter peach and raspberry notes but, as it oxidises, prunes come out to play as well. Honey and oak spice mix with white and black pepper. The mouthfeel is both oily and chewy but becomes drying after a while leaving an icing sugar powderiness on the tongue. Sweetened tea notes give complimentary tannic and sugar syrup flavours. Muted spice from green chillies and menthol tickles the mouth. The jammy notes from the nose come in the form of hedgerow fruits such as wild raspberries and brambles providing a rich, dark and deep flavour mixed with a pleasing butteriness. There is a very small hint of a sour tang and slight salinity. On the finish, this is medium to long lasting with the sweetness from golden syrup lingering and bitter tea tannins hanging in the background. Hot black and white pepper provide the heat that comes and goes as the liquid dries in the mouth.

Those who have read my previous reviews will know that I can sit for up to two hours per dram when I am getting my tasting notes. This whisky definitely benefited from oxidisation; the longer I sat with this sample, the more it opened up. All of those fruity jammy notes from the port cask came out wonderfully as the punchy alcohol mellowed. When nosed, the flavours I experienced were full of promise and when tasted, the mouth lived up to the expectation set.

I was pleasantly surprised with this dram, even if it can be perceived as a bit gimmicky. I love an experiment, and this was – in my opinion – a success. It was clearly a good, active cask and the addition of the half-and-half to finish put an interesting spin on the experience. I also like the way they highlighted and celebrated the great craftsmanship that is needed to make such casks.

I, like many others, got a bit creative during 2020 with a series of wooden pallet projects for the garden. It was hard enough making box structures and leopold benches without the added difficulty of curved wooden staves. We should definitely hear more about the art of coopering, and I am proud to live in a city that is rich with whisky and cooperage history. It definitely makes you appreciate those things you take for granted just outside your door!

Photo Courtesy of The Glasgow Distillery. 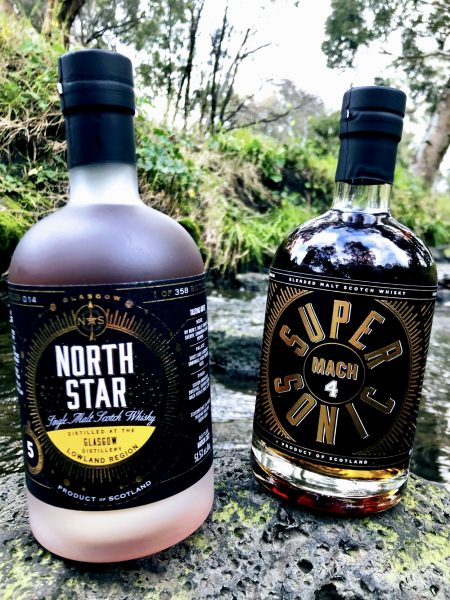