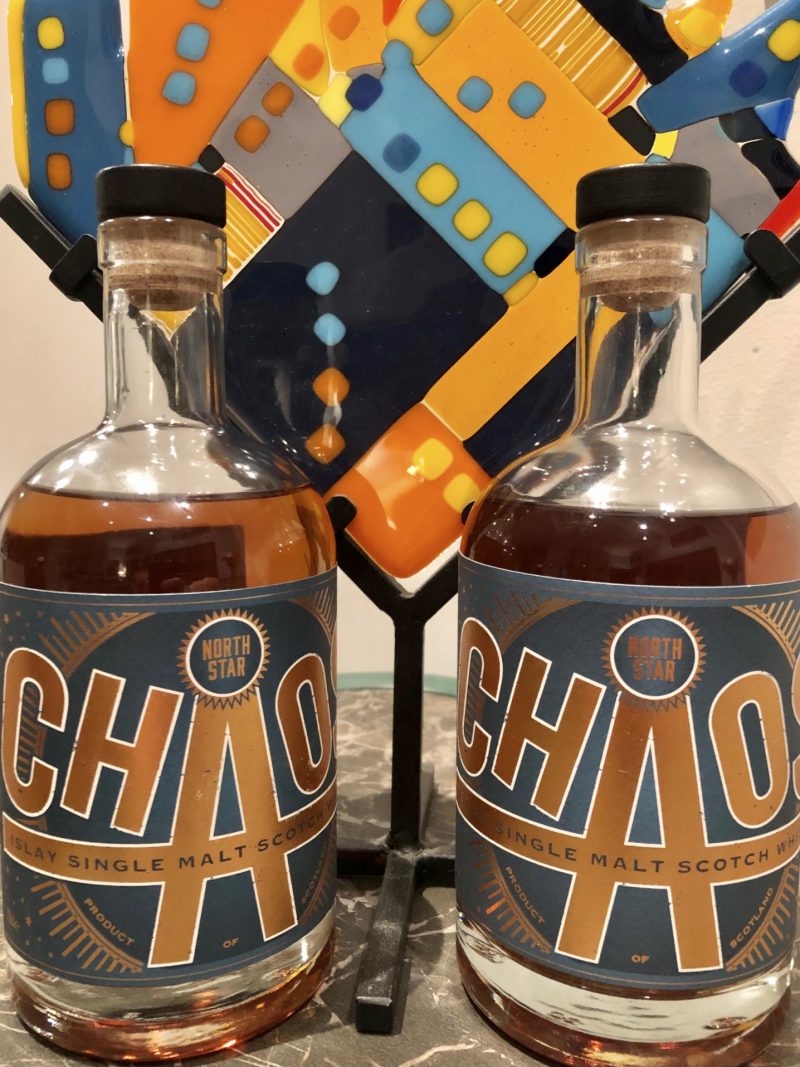 “One must still have chaos in oneself to be able to give birth to a dancing star.” – Friedrich Nietzsche

I don’t know if Iain Croucher – founder of the independent bottler North Star Spirits – is familiar with the writings of Nietzsche, or if this quote was the inspiration behind the naming of the two releases reviewed here today. I doubt it; more likely the name of these bottles is a hat tip to and play on the name of the distillery providing the spirit, Caol Ila.

But I would venture that, if we are to believe old Friedrich, Iain must have a little chaos within himself to have given birth to North Star Spirits.

Since their debut in March 2016 North Star has squarely captured the imagination of the purchasing public down here in Australia. When a new set of North Star whiskies reach our retailers, you need to move quick lest you miss out. Their blends, especially – such as the Sirius, Vega or Spica range – go in a matter of minutes.

North Star has been reviewed several times previously on MALT, usually very favourably, which tells me that the interest in their products isn’t just confined to Australia. So why, then, does this bottler stand out among the crowd?

In Australia we receive a fraction of the total worldwide allocation of these releases. Frankly, I am grateful to Iain that he continues to bring North Star to Australia through local importer Scott Farrow of Wonderland Drinks.

I think the North Star appreciation in Australia can be explained by three different recurring themes. Firstly, North Star seem to actually care about their Australian market. A tasting event has been held at the Elysian Whisky Bar for every single batch of their releases here in Melbourne. On one occasion, Iain made the trip to Australia to be in attendance. I was lucky enough to be able to have a brief chat with Iain at the Whisky and Dreams show (held at the Starward Distillery) in 2018, where he quietly let me taste a yet to be released 40-year-old Vega. If a brand shows interest in me as a consumer, I’ll stay loyal to them.

Secondly: the range offers value, quality, and a variety of releases. Every expression I have had from North Star has been at least good. That’s not to say that you’d often go too far wrong with Signatory Vintage or Cadenhead’s, but which other independent bottler is doing 40-year-old blends for $300? Or the Vega releases with some gaudy age statements for around $150?

Thirdly – and here’s where we really need to be honest with ourselves for a moment – the packaging is just so damn cool. These bottles look great. Iain is nothing if not a natural born marketer. If a whisky novice is in my house, browsing my collection, the North Star bottles get noticed. I present, for your judgement, the labels on two similar bottlings, North Star and Signatory Vintage Unnamed Orkney releases. I want the North Star bottle for the aesthetics and I am not afraid to admit that. 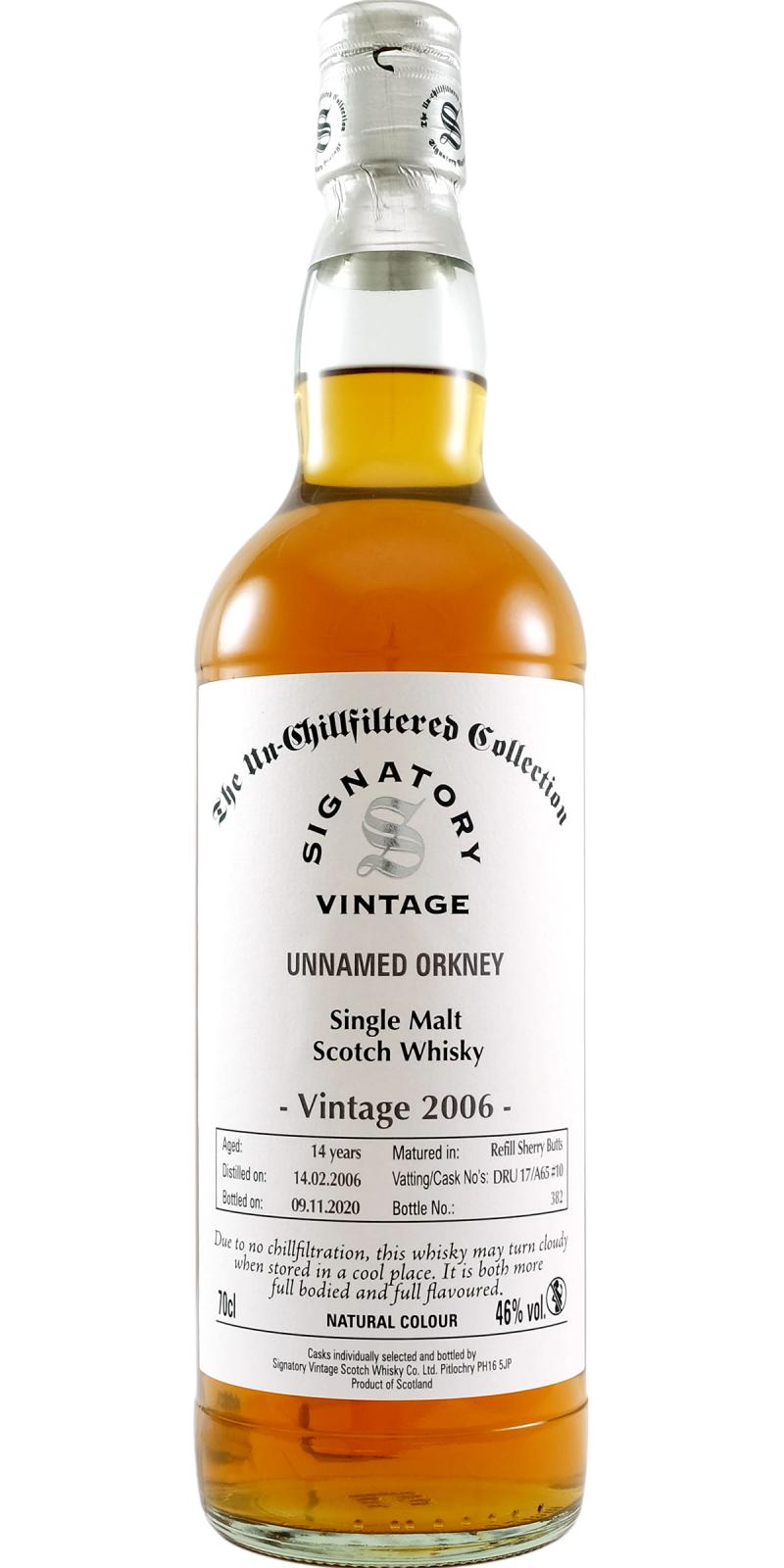 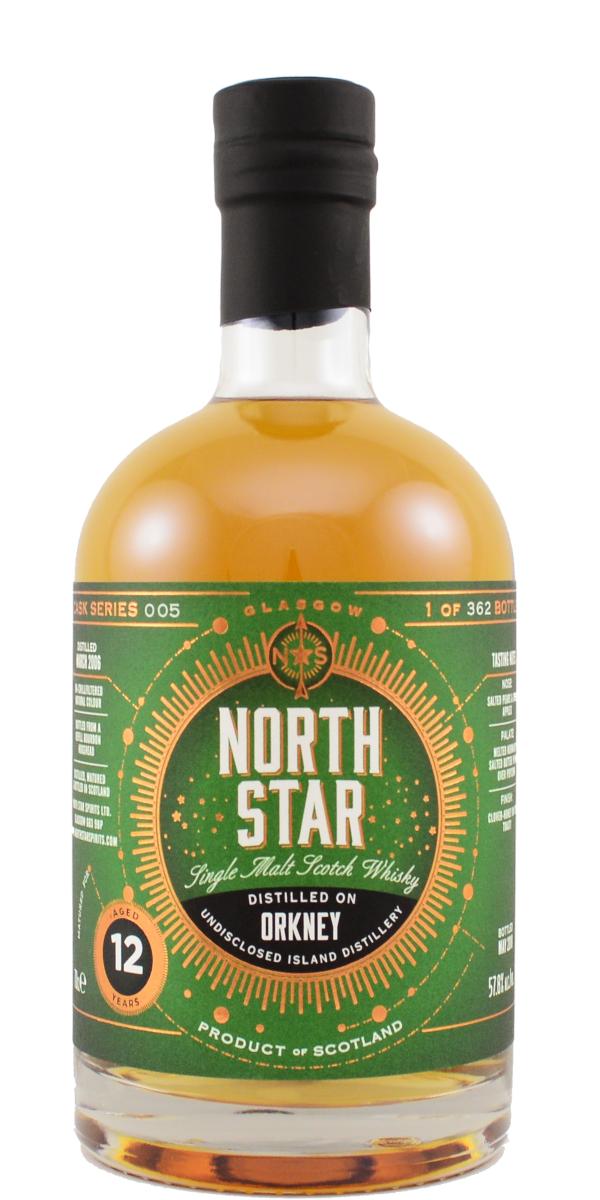 For today’s review, let’s look at the two recent Chaos bottlings. News of these releases reached Australia several months before their arrival. I noted the UK price of around £40 so was expecting these to possibly not even break $100, so was a little disappointed they sold here for $120. Not bad value at all – just not the phenomenal value I had hoped for.

I will be interested to delve in and discover how distinct these releases are from each other. Caol Ila is generally fool-proof spirit – have you ever had a bad Caol Ila? – so what can go wrong?

On the nose: The peat is light and inviting. I get sizzling bacon, kalamata olives, roasted salami, stir fried pineapple, licorice, smoky tea. There are some depths here, which I spend a good while diving down into.

In the mouth: Burnt marinade scraped off a barbeque hotplate and alcohol meet the palate immediately. I am reminded of lamb cooked in a hangi with generous helpings of vegetables. The liquid isn’t particularly viscous, but I would venture that choice of casks here adds a sweet treacly after taste with glace cherries.

Colour: India Pale Ale. Ever so slightly warmer than Batch 1

On the nose: lighter on the peat than Batch 1, a sharper nose. Tobacco, incense, shoelaces, waxy pears, churned up soil. I probably preferred Batch 1 to smell.

In the mouth: Oh yes, a richer, more developed palate than Batch 1. Whatever peat is evident takes a back seat and melds through. Mascarpone cream, warm runny honey, dessert wine. Patience reveals passionfruit, salted caramel chocolate and mint liqueurs. I fear if a friend asks me for a sample they had better act in haste as it won’t last long in my cabinet.

I’m pleased these releases offered markedly different experiences, because my concern was they’d be clones of each other.

Both Chaos batches sold out in hours in Australia, surprising me somewhat as they were a new addition to the North Star portfolio – not an established brand like Vega or Spica. North Star are also regular bottlers of single cask Caol Ila… then again, which independent bottler worth its salt isn’t? Perhaps they saw an opportunity for a good value, high yield release by marrying together some casks that may not have been worth releasing as single casks. That’s only my speculation.

I did not intend this article to turn out as a hagiography for North Star – I hope it hasn’t come across as such. As always, do your own research and spend your own funds wisely. I have no knowledge of a Batch 3 of Chaos but if the day comes that it does arrive here, I will be among the throng furiously clicking the links to buy.

All prices in Australian Dollars unless stated otherwise. Lead image from Mark; comparison images from WhiskyBase.